Arsenic in Wine? Michelob Moves to Organic? Why the Alcohol Industry Is Making Changes - Moms Across America

So which brands tested positive for glyphosate?

Summary of results below:

Although 12 California wines were previously tested and found to be positive for glyphosate in 2016, the methodology was criticized to be possibly inaccurate and the brand names were not revealed to Moms Across America or the public. Moms Across America followed up by sending the world’s top 8 most popular conventional wines plus two brands of popular organic wines to be tested with the more widely accepted “Gold Standard” testing - HPLC mass spectronomy testing. The results confirmed similar findings to the previous testing conducted with Elisa methodology testing. Two samples from different lots were tested of the same type of wine resulting in levels between .038 ppb to 23.30 ppb of glyphosate in all of the 10 wines. The brands tested and their highest detectable levels were: Beringer - 9.45 ppb, Hardy’s Whiskers Blake,- 4.33 ppb, Sutter Home - 15.80 ppb, Yellow Tail - 10.24 ppb, Robert Mondavi - 4.87 ppb, Gallo Family Vineyard - 23.30 ppb, Conch y Toro - 16.56 ppb, Barefoot - 18.68 ppb, Mendoza (organic) - 3.42 ppb, Bonterra (organic) - .38 ppb.

Many of these brands are on the list of the lawsuit for containing arsenic. It should be noted that only two bottles were tested in the MAA project, and not all of the wines of these brands may be contaminated. 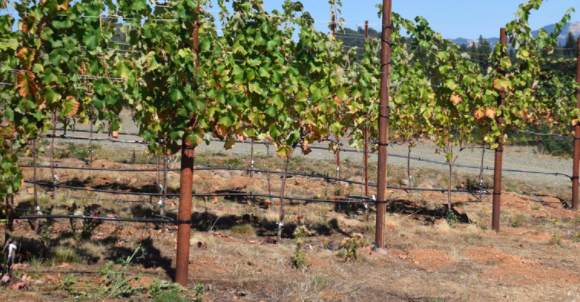 The practice of spraying glyphosate-based herbicides between the rows for weed control while the vines are dormant, according to plant pathologist Don Huber PhD., is causing an uptake of glyphosate into the plant, grapes, and present in the wine. The higher than the national average rates of breast cancer in the California wine region show even more reason for considerable concern. Also worrisome is the contamination of organic wine. Organic grape growers do not use glyphosate herbicides but are apparently being affected by either rain, irrigation water or drift, by neighboring vineyards or farms that use glyphosate.

Many grape growers do not use glyphosate herbicides, however. “I haven’t used RoundUp since 1977,” said Phil Coturri, the Sonoma vineyard* manager who was recognized by the Golden Gate Salmon Association for his environmentally-sound viticulture. “You can’t constantly use a product and think that it’s not going to have an effect. Glyphosate is something that’s made to kill.”

Phil LaRocca of LaRocca Vineyards**, who farms organically and has shown a non-detectable level of glyphosate in his wine, has stated, “Grape growers have admitted to me that they use Roundup for cosmetic reasons. It’s not necessary.”

A French study revealed in February of 2018 that the majority of the subjects could taste pesticides and preferred organic wines. Many vineyards are seeing the benefit to making the shift. According to author Pam Strayer of Viewpoint - Wines &Vines: 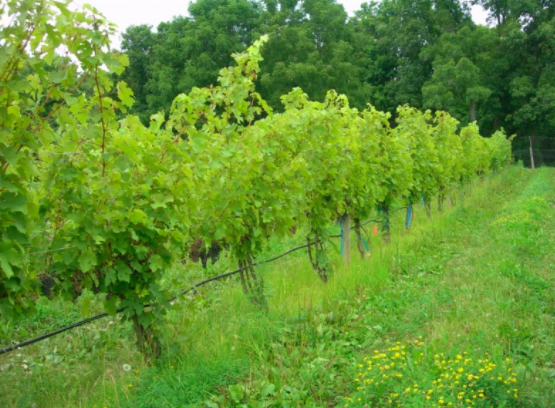 Stray points out that in comparison, however, Europe is dominating the market of organic wines.

If American vineyards see the demand for organic wine and continue the shift to organic, they may gain ground in this booming marketplace and will give many consumers something to celebrate. 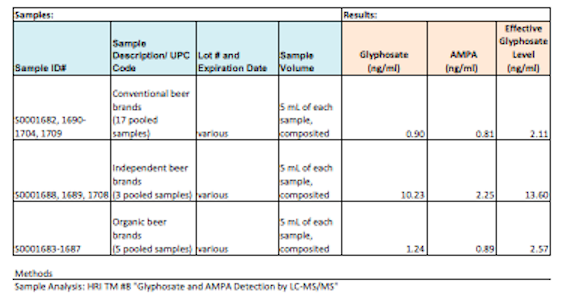 What do these results mean? The tests indicate that independent beer and organic beers have higher levels of glyphosate than conventional beer. It was presumed that the glyphosate levels in conventional beer companies would be higher than independent or organic beers, but inquiries into the big beer company manufacturing process reveals a possible explanation. Conventional companies tend to use cheaper ingredients which include rice, instead of barley, oats, rye, and wheat. Hulled white rice is expected to have far lower levels of glyphosate residues than whole barley, oats, and malt which have been sprayed with glyphosate as a drying agent just before harvest. 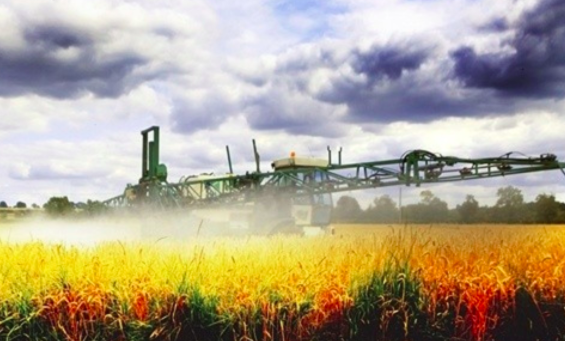 Independent and organic beer companies tend to use more expensive ingredients such as barley, oats, rye, and wheat, but these ingredients, because of the practice of spraying glyphosate as a drying agent, which does not wash off, can have much higher levels of glyphosate herbicide residues.

Moms Across America Executive Director Zen Honeycutt states, “Beverages contaminated with a neurotoxic carcinogen, and now we know arsenic too, are contributing to the skyrocketing rates of mental illness, fertility issues, and cancer in America. If manufacturers want to protect the integrity of their brands and support healthy Americans, now is the time to demand that the EPA revokes the license of glyphosate.”

Beer manufacturers are aware of the widespread contamination of glyphosate and are making changes. Michelob, as mentioned earlier, introducing a product made with organic wheat, shows their understanding of the concerns of their consumers.

The Brewers Association, which certifies small independent and craft beers, gave this statement regarding the results, "Brewers do not want glyphosate used on barley or any brewing raw material, and the barley grower organizations have also come out strongly against glyphosate. It is clear that the malting and brewing industries are aligned in their opposition to the use of glyphosate on malting barley. Also, note that products containing glyphosate are not labeled for use on malting barley in the U.S. and as such is prohibited. Our supply chain specialist, Chris Swersey, is well versed in agricultural science, chemistry and strives to keep glyphosate or GMOs out of barley breeding and growing best practices. If there is glyphosate showing up in trace amounts in any beer samples, it is almost certainly coming from use on previous crops grown on the same piece of land." Glyphosate has been shown to remain in the soil for many years, but hope is not lost, new studies also show that removing the herbicides from the soil with mushroom remediation, is possible.

Although glyphosate herbicide proponents will claim that these levels are far below the EPA standards, implying these levels are safe, the EPA allowable residue levels simply are insufficient and do not take into account important studies.

Recent research shows that glyphosate bioaccumulates, therefore any level of glyphosate in our food or drink is of great concern. An alarming study by Thongprakaisang revealed that 1 part per trillion (ppt) has been shown to stimulate the growth of breast cancer. 1 ppt is equivalent to one drop in 20 Olympic sized swimming pools. Other studies reveal that, at very low levels, glyphosate is a neurotoxin, causes birth defects, damage to testes, and increases rates of non-Hodgkin’s Lymphoma. Over 1000 plaintiffs have filed lawsuits against Monsanto, a leading manufacturer of glyphosate. 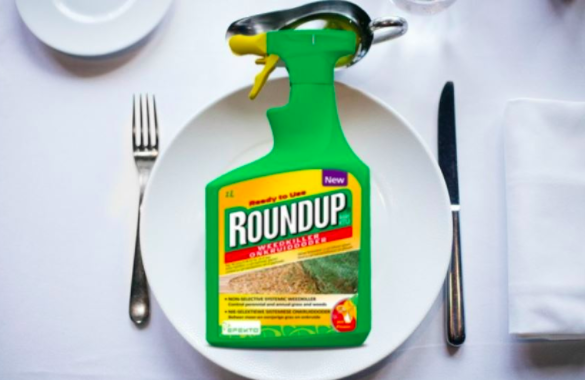 The fact is that we now have evidence to show that around the world, consumers should expect that almost all of their alcoholic drinks, and according to previous testing, orange juice, wheat-based foods, oats, beans, peas, tea, honey, eggs and more will be contaminated with glyphosate herbicides. Glyphosate has been found not only in the majority of foods tested, but in tap water, streams, soil, and rain. It cannot co-exist with organic crops, as studies show that herbicides and pesticides travel for thousands of miles in rain clouds.

This widespread contamination of glyphosate herbicides is impacting not only business decisions, but our population’s health as well.  In America 1 out of 2 males and 1 out of 3 females are expected to get cancer, 1 out of 5 have mental illness, many struggle with infertility, sterility and infant death and our health care costs are crippling. Just this week, a new study revealed that maternal exposure to glyphosate showed significantly higher rates of shortened gestation. Prematurely born babies are at significant risk of infant death. In America, according to the Save the Children report of 2013,  the US has 50% more infant deaths on day one of life than all of the other developed countries combined. Could this be due to the widespread use and contamination of Roundup? Studies point to yes. If American policymakers want to protect current and future generations, and lower the health care costs, eliminating the use of glyphosate herbicides would be a logical step to take.

The EPA is currently accepting comments on the re-registration or denial of the license for glyphosate for another 15 years until April 30, 2018.

*,** Note: The author has not tasted the wine of, nor has MAA been sponsored to mention these vineyards.

Correction: The first two sentences of this article have been corrected to reflect the correct date of release of the news.