YES! Throw Out Your Cheerios and Quaker Oats - Moms Across America

YES! Throw Out Your Cheerios and Quaker Oats! 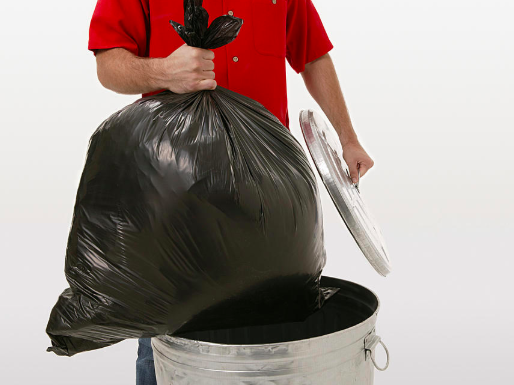 On August 27, 2018, the Environmental Working Group (EWG) publish an article called “Should I Throw Out My Cheerios?” The article addresses the EWG’s recent testing of 45 samples of cereals and oat products for glyphosate, the declared active chemical ingredient in Roundup weed killer, made by Monsanto. 95% of the conventional products tested positive for the known carcinogen. Only 3% of the organic products were positive. Levels found were 30 -1300+ ppb of glyphosate in the samples tested. Although we are thrilled that the EWG tested foods for glyphosate, we are horrified that they would actually say, “So should I throw out my Cheerios? In a word, no.” Even though some of the products contained 8x higher levels than their own safety assessments and thousands of times higher* than has been shown in scientific studies to cause harm... they still did not advise consumers to stop eating foods that have been found to be highly contaminated with glyphosate.

We asked the EWG and did not receive a sufficient response.** They simply refused to address the scientific studies which have proven that ultra low levels of glyphosate cause harm. This is very concerning and confusing. Fellow supporters have reminded me that the VP of Government Affairs for EWG, also a staff member of Just Label It’s Organic Voices Action Fund, is Scott Faber, the man who threw the entire GMO labeling food movement under the GMO bus during a hearing about the DARK ACT (Denying American’s Right to Know) where he stated, “No one is arguing that farmers should not plant GMOs .”  Not True! Activists in counties across the country were struggling to get GMO free zones! He was also asked if GMOs were as safe as their counterparts and he said, “Yes.” Why would he say this? There is a vast amount of data showing that GMOs and their related pesticides that they are engineered to withstand and are not grown without are extremely unsafe! We want them labeled specifically because studies have shown that they are unsafe! 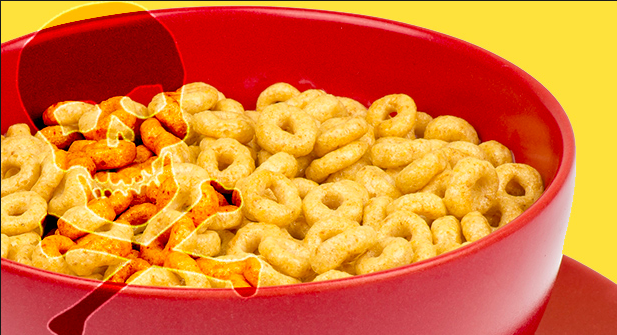 Whatever the reason EWG has for NOT recommending to throw out glyphosate contaminated foods and reduce exposure to these harmful chemicals, we urge them and all who speak on the subject, to reconsider and take a stronger stance for the health of the public.  We believe it is their, and our responsibility to protect consumers, not to make them feel comfortable with their food choices.

Stephanie Seneff, Ph.D. Senior Research Scientist MIT and glyphosate expert stated,  “I applaud EWG for bringing public awareness to the widespread contamination of glyphosate in common foods.  However, I am dismayed that they recommended not to throw out non-organic oat-based foods, once you know they have been found to have high levels of glyphosate in them. My research says that no amount of glyphosate is safe.  Why would you want to risk your family's future health once you know? My husband and I did a massive purge of our cupboard once we became aware of the dangers of glyphosate.”

It is particularly concerning that the EWG would not recommend the immediate discontinuation of exposing children, who are the most frequent consumers of breakfast cereal, to these harmful chemicals. In a 2014 interview with Dr. Mercola, Andre Leu, President of IFOAM Organics International,  International director of Regeneration International and author, “Poisoning Our Children: The Parents’ Guide to the Myths of Safe Pesticides,”  says:

“Children, when we talk about the unborn, the newborn and grown children up to puberty, they do not have the detoxification enzymes in their livers that we have as adults. Particularly for young children, that means they have no way of detoxifying even the smallest amount of a pesticide or a chemical.”

UK molecular biologist Michael Antoniou commented on the results, “I, too, am surprised to hear the EWG claim that consuming Cheerios at 169ppb is not at least adding significantly to the total source of daily glyphosate ingestion. In our rat study, Roundup at 4ng/kg body weight per day of glyphosate equivalent was toxic in the long term.  If a 20 kg child ate just a single 60-gram portion of Cheerios at 169 ppb (169 micrograms per kg of cereal), they would ingest 10.14 micrograms of glyphosate. Dividing this by 20 gives us 0.507 micrograms (or 507 ng) per kg body weight per day if they ate it every day. Now, 507ng is 126.75 times higher than what our rats ate. Of course, a child will eat other contaminated foods that will add to this daily intake without a doubt. 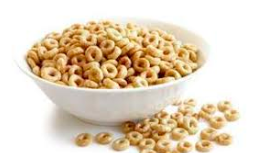 The bottom line is that just from a single portion per day of Cheerios children will ingest far higher levels of glyphosate than our rats, per kg of body weight, which then developed liver disease. However, the MAJOR caveat, which we must always bear in mind, is that our rats consumed Roundup and not just glyphosate. The contribution of the adjuvants to toxicity cannot be excluded at this stage.”

What Antoniou is referring to in the latter part of his statement is the fact that the testing by the EWG was only for the chemical glyphosate. Therefore the results of his study and the levels which caused those results, cannot be directly compared to the levels of glyphosate the EWG found in the cereals. One cannot say that 4ng per kg of body weight of glyphosates herbicides in rats caused liver disease, therefore 4 ng per kg of body weight of glyphosate alone will likely cause liver disease in humans.

However, we do know that glyphosate is never used alone. Glyphosate herbicides are made up of dozens of different chemicals that have been found to be up to 1000 x more toxic than glyphosate alone. Antoniou’s study was on the final formulation of glyphosate herbicides, all of the co-formulants combined, which include arsenic and heavy metals, not just glyphosate. Therefore, the impact of the co-formulants, which are likely to be present in oats and wheat sprayed with glyphosate, but not confirmed, could be much worse.

As an organization, Moms Across America cannot sit back and watch the American public be misled to believe that any level of glyphosate in their food is safe, not the 160 ppb as suggested by the EWG, not the 1100 micrograms per day as suggested by the CA EPA. None. There is no safe level of glyphosate. Why do we say this? Because glyphosate has been scientifically proven to bioaccumulate in the body - that means to build up over time.  So 160 ppb today in Cheerios along with glyphosate residues found in orange juice, oatmeal, bread, snacks, eggs, bagels, beer and wine adds up to over 1000 or 2000 ppb of glyphosate residues. Everyday. 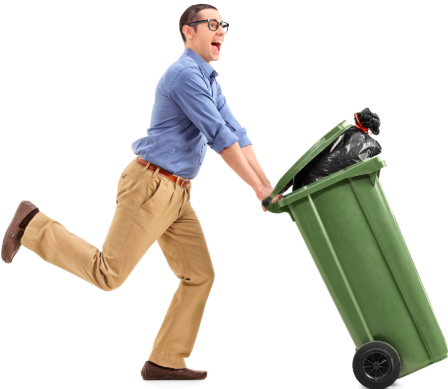 So yes, Moms Across America urges every person who reads this to throw out not just Cheerios and Quaker Oats, but all non-organic foods, especially processed oat and wheat products because we now know that they likely contain high levels of glyphosate. We urge you to buy organic, whole foods, and as plant-based as possible. We know it costs more money to make this switch. The fact is that it costs far less to buy organic food than it does to pay for the doctor’s bills that accrue when you eat the Standard American Diet (SAD), which is loaded with conventional processed foods. It takes more effort, it is not as easy, and it is even socially awkward at times, but the health of your family, and our planet is worth it.

Before you begin to feel sorry for the food companies, remember that they have known since 2015 that glyphosate was deemed a probable carcinogen by the International Agency for Research on Cancer, a division of the World Health Organization.  They have had ample time to insist that their suppliers grow glyphosate-free crops. With good reason. Glyphosate herbicides have also been shown to destroy gut bacteria in the parts per billion, cause liver disease, endocrine disruption, cause shortened gestation which can mean miscarriages, and many more serious health issues plaguing America.

In short, throw out the junk! Now! Glyphosate herbicides are poisoning America, hurting your family and pets, and destroying our planet. We need to do more than throw the food out that contains it, we need to boldly speak up with conviction, and we need leaders in Washington, DC who have the political courage to have glyphosate herbicides banned immediately.

*I part per TRILLION- which is the equivalent of 1 drop in 22 olympic-sized swimming pools-  was shown to cause the growth of breast cancer cells, and parts per billion of glyphosate can cause liver and kidney damage, reproductive damage, and more.

Thank you for reaching out.

We understand and appreciate your concerns about glyphosate in foods.

Because our sample size was relatively small and the test results varied greatly, it is hard to say for certain that all products made with conventionally grown oats have the same heightened levels of glyphosate. But in the article you referenced, we go on to recommend organic foods as the safest option for families concerned about pesticides:

We are advising families to switch to organic foods, to minimize overall pesticide exposures. Our study found that foods made with organic oats had significantly lower glyphosate levels than products made with conventionally grown grains. Trace amounts of glyphosate were found on a few samples, probably because of wind drift from non-organic crops.

Oat-based foods remain a healthy source of fiber and nutrients for children and adults and can help to keep the heart and cardiovascular system healthy. We think it’s your right to eat them without a dose of Roundup.

Glyphosate has been linked to an elevated risk of cancer by California state scientists and the World Health Organization.

At EWG, we don’t think chemicals linked to cancer belong in children’s food.

Our study (and the article you read) was intended to call attention to this issue so that consumers are empowered with the information they need to 1) demand companies be accountable for glyphosate in their products, 2) request the FDA to release the results of its glyphosate-in-foods tests (which are much more extensive than ours), and 3) understand a bit more about why EWG is concerned about EPA’s legal limits for certain chemicals in food.