Win! Glyphosate One Step Closer to Being Listed on CA EPA Prop 65 List as Endocrine Disruptor - Moms Across America

To summarize the outcome, despite the fact that four Bayer (Monsanto) executives presented, claiming that glyphosate did not cause reproductive effects, we won. The committee voted to label glyphosate and salts as a HIGH priority to OEHHA for consideration to be placed on the Prop 65 list. 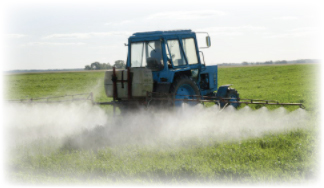 One of the doctors on DARTIC who spoke up in favor of listing glyphosate as a VERY HIGH priority said that there was "significant" and "extensive" evidence in animal studies showing that glyphosate herbicide impacts reproduction, the sexual organs, hippocampus and brain, leading to neurological issues and also caused harmful effects in the 2nd and 3rd generations. Others noted an impact to bees and human reproduction as well.

If OEHHA reviews the same studies as DARTIC, and has an equal amount of integrity and courage, it looks like glyphosate will soon be on the Prop 65 list.

We hope you will continue to support our work so that we can continue to speak up on your behalf and behalf of children and life on earth!