What doctor will risk five years in prison, fines, and the scrutiny of the government to practice medicine in California? Most will not bother to even consider writing medical exemptions. They will move out of state where they can practice with respect. Our concern, however, is that the legislation will likely move to other states, as has the push to eliminate religious exemptions, leading to the expansion of the government dictating how doctors’ practice nationwide.

And why a limit of 5 medical exemptions per year? Kaiser Permanente acknowledges that 10-50% of the population can have a mutated MTHFR gene, which can impair the body’s ability to detox, leaving this part of the population  at higher risk for vaccine damage. 10-50% of a pediatrician’s several hundred patients surely could be more than 5 per year. 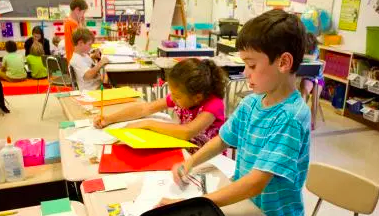 Schools fall under fierce scrutiny in this bill as well. Local CDPH officers will conduct annual reviews of school immunization reports. For schools with immunization rates of less than 95%, the local public health officer will review all vaccine medical exemptions for that school.

Essentially this bill will freeze further medical exemptions...not only by restricting family history or genetic disposition, but with additional focus on placing criminal penalties on doctors.*

Experts have analyzed the bill and give their perspective on what this means for us in the indented section below:

Any exemptions that are reviewed and do not meet CDC/AAP criteria will be passed along to the State public health officer. OR, instead, the local officer can determine that the exemption is valid based on “other contraindications or precautions, including family history” if the patient’s doctor provides written documentation to support the medical exemption that is consistent with the relevant standard of care. But if this “standard” is still CDC/AAP criteria, then it would be unlikely that a local officer would approve the exemption. Exemptions that go to the State officer for review will be revoked at the officer’s discretion, AND that doctor will be reported to the CA medical board by the State officer.

If a local CDPH determines that a physician poses a risk to public health, CHDP will not accept any new electronic exemption forms from that physician for a period of at least two years. Any doctor who has a vaccine-related medical board case pending against them, no new electronic exemption forms shall be accepted until the doctor wins his or her case.

In addition, existing medical exemptions have to be submitted for review and potential denial by a public health official and now, the Secretary of Health.

VMEs written under SB 277 guidelines prior to the adoption of this new form, and starting Jan 1, 2021 at the latest, must be submitted by the parents (NOT the doctor) to the California Immunization Registry (CAIR) in order to remain valid. Such parents won’t fill out the NEW form - they will just submit their existing VME letter. These old VMEs will remain valid, BUT each local department of public health (CDPH) has the OPTION (not required, but optional) to review these old VMEs and if they don’t follow CDC/AAP guidelines, the local officer can submit it to the State public health officer who can then choose to revoke it.

No matter how you look at it, whether the person with the final say-so is appointed by Governor Newsom or not (he is), the bill still puts the decision making into the hands of a government appointed official who will never have an appointment with the child. This is beyond dangerous and is a far greater public health scare than measles will ever be. This bill undermines the doctor-patient relationship, diminishes democracy and takes away our medical freedoms.

No. SB 276 dodges the cost of creating a new database (making it easier to pass through Appropriations) and instead diverts all medical exemptions to the existing CAIR system. (Definition: The California Immunization Registry (CAIR) is a secure, confidential, statewide computerized immunization information system for California residents.)

A CDPH officer may also review ANY exemptions in the electronic CAIR system at any time if necessary to protect public health, without a subpoena.

Not so confidential anymore, is it?

When one reads the bill, it is clear that many of the changes are vague and liable for interpretation. See A Voice for Choice's list of questions here. Only parents with the financial means to hire lawyers will be able to navigate challenging appeals to the law as written, leaving low income parents at a severe disadvantage in protecting their children's health. 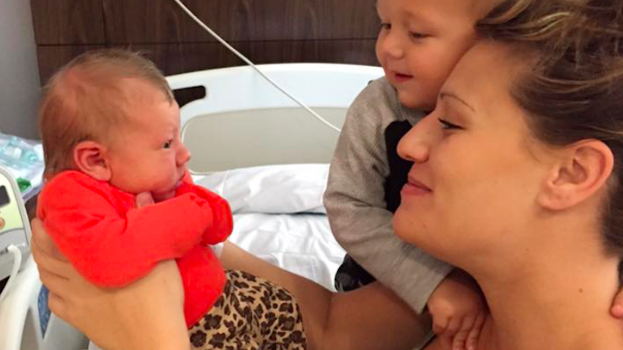 Why are parents so concerned about administering vaccines to their child?

The fact is vaccines, as they are currently formulated, contain high levels of aluminum, Polysorbate 80, aborted fetal tissues (DNA from animals and potentially opposite sex), mercury, formaldehyde, and have been shown to be contaminated with glyphosate weed killer (through GMOs or gelatin from pigs fed GMO/glyphosate sprayed grains). Watch the Alliance for Natural Health video here.

According to Kaiser Permanente's "Basic Information About the MTHFR Gene", between 10-50% of the human population may have mutated MTHFR genes, depending on genetic disposition or race and having a mutated MTHFR gene may impair that person’s ability to detoxify toxins. We do not agree with Kaiser Permanente when they say that having mutated MTHFR genes should not impact medical care decisions. If a child has an impaired ability to detoxify toxins and heavy metals, we would argue that he/she should not be injected with glyphosate weed killer and 4,925 mcg of aluminum in their vaccines by age 18 months old. The CDC itself states that a Parenteral - a drug product that reaches the body by circumventing the gastrointestinal tract, including liquid drug products such as vials and pre-filled syringes - must not exceed 25 mcg/L of aluminum.

We would assert that EVERY child is at risk from being injected with the high levels of toxins currently in vaccines and the high number of vaccines that are currently being pushed upon the public by Big Pharma funded politicians. Medical mandates are dangerous. Family history, genetic disposition, the ingredients, side effects, religious beliefs, and timing are all important factors to be considered when making a personal decision whether or not to vaccinate.

The state will also gather our children's medical records, potentially using them for further restrictions and tracking for the rest of their lives. Our freedoms are seriously at risk.

Why is this bill being proposed? Why not honor the doctor's findings that a tiny percentage of the population need vaccine medical exemptions?

All of this is happening because Pan asserts that “unscrupulous doctors” are writing “frivolous medical exemptions” to the 0.7% of California children. And yet not one doctor in two years has been found to be writing fraudulent medical exemptions by the highly capable California Medical Board. Not one.

Moms Across America believes that this agenda, to vaccinate every child, is a stepping stone for Big Pharma to have every adult vaccinated as well, exponentially increasing their profits from the sales of vaccines. The CDC members are in alignment with this goal, partially because, we assert, they own 50 patents for or related to vaccines.

Moms Across America is gravely concerned about this draconian bill and urges everyone, no matter what state you live in, to raise awareness with your Senators and Assembly members of the dangers of such drastic measures....because historically, as California goes..so goes the country. And this a direction our country must not go in, for the sake of democracy, the health of our children, and the unity of our country.

Please feel free to copy, paste, add your request and FAX the following to your Assembly member by June 19th 5 pm PT.

Changes were made earlier this week to SB 276. The revisions include:

This bill is simply Big Pharma pressuring politicians to enforce vaccination to increase their profits.

Protect our democracy, protect our CA children with medical exemptions, and protect the doctor-patient relationship.

Photo credit of mom and baby to https://thestir.cafemom.com/trending/216452/newborn-died-after-getting-vaccinated

Please take a moment to call the following Assembly Health members - ask them to vote NO or ABSTAIN on SB276 when it comes before them. Tell them the amendments are akin to putting lipstick on a pig - it's still a pig! (Or something like that) 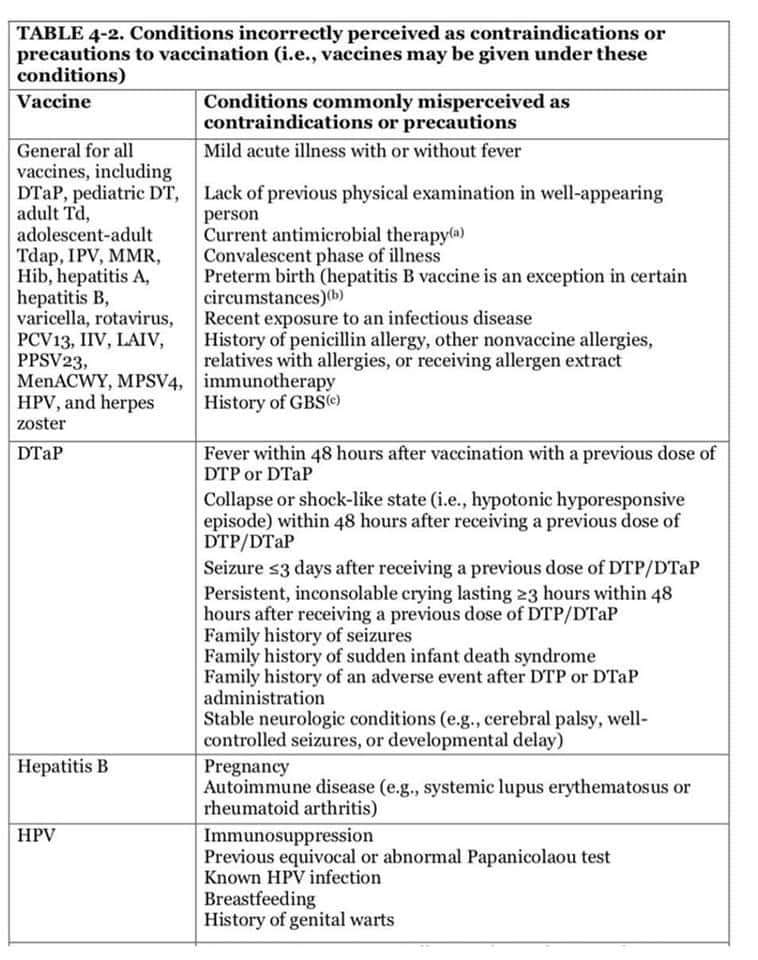