A few examples of Canada’s proposed glyphosate MRLs: dry peas glyphosate residues would increase from 2 ppm to 15 ppm - 650% higher, from 4 ppm on lentils to 10 ppm - 150%, and from 5 ppm on wheat flour to 15 ppm - 200% higher. The increase is alarming because recent science shows that low levels of glyphosate exposure can and do cause harm to animal and human health. The residue increase from 15 ppm on oats and bran to 35 ppm, (which is 35,000 ppb) is 35,000 times higher than the 1 ppb shown to cause cell death in a study by Mesnage, Bernay, and Séralini, “Ethoxylated Adjuvants of Glyphosate-Based Herbicides.”  It is 350,000 times higher than the  .1 ppb that was shown in Lozano et al’s study to cause disruption of the gut microbiota, which is the stronghold of the immune system. In Seralini et al’s study when rats were given a very low dose of .1 ppb in their water, all treated groups, both male and female rats in the study died 2-3 times more often and faster, developed kidney damage, massive tumors, and the males had 2.5-5.5 TIMES higher rates of liver necrosis.

In addition to being carcinogenic, studies show glyphosate herbicides have been shown to contribute to the following health issues in animal studies: congenital deformities, miscarriage, infertility, sperm damage, reproductive organ disruption, liver and kidney disease, autism symptoms, and disrupted gut health which can contribute to dozens of autoimmune disorders and mental health issues. 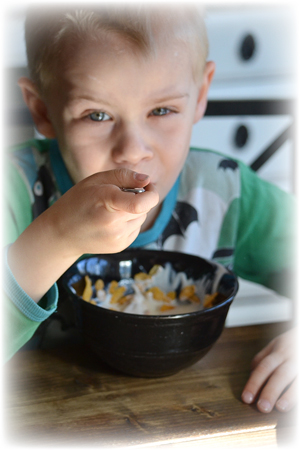 The harm from low doses of glyphosate herbicides is undeniable. According to the Organic Consumers Association Glyphosate Fact Sheet, “Researchers of a study published in the journal Toxicology studied four different commercial glyphosate formulations and observed breaks in 50 percent of the DNA strands in human liver cells at doses as low as five parts per million (ppm). This damage affects the way DNA sends messages to several physiological systems, including the endocrine system. The researchers stated that this is significant because the liver is the first detoxification organ and is sensitive to dietary pollutants.” A healthy liver is crucial for our bodily organs to function properly and maintain our health. A concerning rise of non-alcohoic liver disease is being reported by pediatricians, especially in farming communities, in children as young as 8 years old.

Ninety-eight percent of the wheat that is imported each year by the United States is grown in Canada.

Dr. Don Huber, Professor Emeritus at Purdue University, comments about the proposed MRLs, “Canada already has some of the most highly glyphosate contaminated crops in the world. In his ebook on Poison Foods of North America, Tony Mitra shows the high to extreme levels identified by the quarter plus million Canadian Food Inspection Authority analyses. The reason for increasing the MRL is probably the same as the EPA raising ours – Those are the levels they are finding in the commodity, and to sell them they have to increase the amount permitted!”

Huber’s theory is not probable. It is a fact.

A new movie, People Protecting Food, newly released in Japan, featuring the former Minister of Agriculture of Japan, Yamada Mashiko, reveals proof that the chemical companies influence food policy to their benefit. A Japanese molecular biologist Masaharu Kawata states in the film, “this document (from Monsanto to regulators) states that for genetically modified crops, the residual value of glyphosate will inevitably exceed Japan's safety standards, so Japan needs to raise its safety standards.” 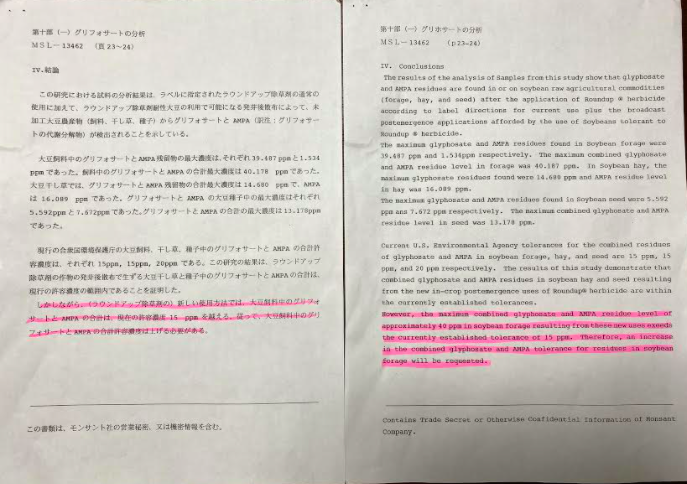 Internationally, our food systems are inextricably connected. Japan owns the largest grain distribution center in the world, based in Louisiana, USA. The 85-grain gathering centers the Japanese own along the Mississippi transfer the majority of the American midwest farmer’s products to Asia. If the Japanese government continues to purchase glyphosate sprayed grains, the harmful impact of the agrochemicals occur not only to the Japanese people, but the American and Canadian farmers, our soil, water, and human population as well. The same could be said for imports to the USA from Canada and vice versa.

According to the Secretary-General of the OK Seed project -  an alternative labeling project against GMOs including gene-editing, Inyaku Tomoya, Japan is highly dependent on Canada and the USA for food and animal feed.  "About 85% of the wheat consumed in Japan is imported, and raising glyphosate residue levels is disastrous for the people of Japan.” 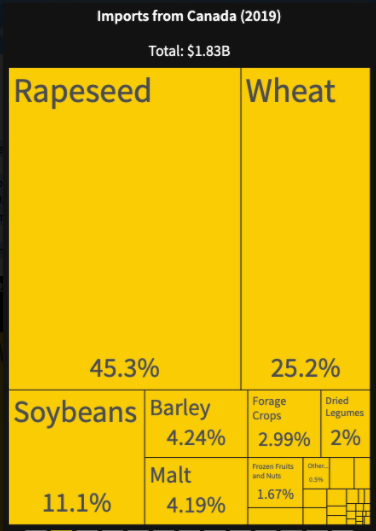 On Thursday, April 13, 2017, the Ministry of Health, Labor, and Welfare (MHLW) of the Government of Japan (GOJ) announced changes to the Maximum Residue Levels (MRLs) for the pesticides Isoxathion, Glyphosate, Clethodim, and Flutolanil.

Japan’s glyphosate MRL changed, and glyphosate residue levels on imported foods are expected to currently be the highest levels in recorded history, during a health crisis.

In comparison, China’s glyphosate MRL for imports are:

Independent scientists around the world are deeply disturbed by the increase of glyphosate MRLs.

Former US EPA employee of twenty-five years and author of Poison Spring E. G. Valliantos commented on the MRLs, “Canada's decision to increase the Maximum Residue Limits for glyphosate/Roundup in the food Canadians eat is irresponsible. Glyphosate causes cancer, neurological diseases and, in many ways, devastates the natural world. Canada has the moral responsibility to ban glyphosate. Such a harmful substance has no place in a civilized society. At a time of a pandemic and drastic climate change, agriculture needs to return to sanity and ecology.”

Dr. Stephanie Seneff, Senior Research Scientist, MIT Computer Science, and Artificial Intelligence Laboratory and author of the newly released book Toxic Legacy, also stated, "It's sad to see that levels of glyphosate allowed by regulatory agents in core foods are being adjusted upward to accommodate higher levels that are now being found in these foods, with no regard to safety testing to see if these levels are safe."

In her book, Seneff points out that glyphosate-based herbicides are patented as anti-microbial and function as antibiotics. Consuming an antibiotic in our food supply, with almost every meal that contains grains, peas, beans, soy, or corn, and many other crops has dire long-term for the human population. 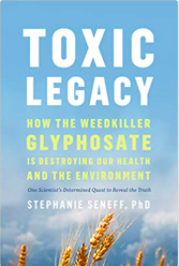 An excerpt from Seneff’s book reads, “Chronic exposure to glyphosate, an antibiotic, may make humans more susceptible to the flu and other respiratory infections, including COVID-19.

In 2019, an international team of scientists discovered that antibiotics interfere with a signaling mechanism in the lungs that launches the first immune response to flu infection. Mice given antibiotics have a worse outcome when infected with the influenza virus. However, and this is significant, a fecal transplant from a mouse that has not been exposed to antibiotics restores gut health and increases lung resilience against the flu in a mouse that has been infected with the influenza virus.”

During a time when it is crucial to get back on track and support our economy to function by preventing shutdowns, taking any action that increases health risks is counter to the viability of our global systems.

The CDC has reported that people with pre-existing conditions such as autoimmune diseases, diabetes, and obesity (predominately preventable conditions through healthy food) are at higher risk of severe symptoms from COVID. Glyphosate herbicides have been proven to alter human gut microbiota and therefore impair the immune system and increases antibiotic resistance. Higher numbers of people with severe symptoms mean a higher risk of another shutdown THAT CAUSES societal and economic disaster. The US Government spent over $3 trillion during shutdowns directly caused by largely preventable symptoms to a virus closely related to the flu virus, of our taxpayer dollars. This massive use of resources will go to waste and continue to be a black hole for funding if international governments continue to allow glyphosate in our food. Glyphosate was a contributing factor to the current pandemic shutdowns and will be a larger factor in future ones if governments don’t stop allowing the use of this chronically highly harmful agrochemical now.

Moms Across America urges people from countries all around the world to object to the Canadian, Japanese, and US governments for allowing such high levels of glyphosate residues in our food. If China can support its citizen’s health, so can we. Please take action today and specifically tell the Canadian government to NOT raise their glyphosate MRLs before the comment period closes.

The paper concludes that by converting the 1.2% of US cropland used to grow fruits and vegetables to organic production, the nation’s farmers could cut total pesticides dietary risk by a remarkable 98%.

This is the solution the world needs now.

Canada's Pest Management Regulatory Agency (PMRA)  has an open comment period until July 20, 2021, regarding the raising of glyphosate levels by 100-650%. Comments can be made directly to the PMRA before July 20  at this link (Canadians and people of all countries)  or if you are America, you may send a pre-written email and call with our one-click campaign.

People from all countries