People need an alternative to Roundup. The fact is, there are always certain kinds of plants we don't want growing in certain places. So it makes sense that people are always looking for the best weed killer.

We are relieved to see the current crop of harmful weed killers come under heavy scrutiny. A California jury awarded over $2 billion in favor of a couple with cancer, ordering Monsanto to compensate for failing to warn consumers that exposure to Roundup weed killer causes cancer.

Even as more people continue to learn about the dangers of Roundup — the most used weed killer in the world — this herbicide remains in heavy use in the U.S. and around the world.

While Roundup will not be sold to consumers soon, equally harmful products will continue being sold. Additionally, city parks and large scale farms will still have access to Roundup for years to come. In the meantime, consider doing the following to protect you, your family, and your pets:

As promised, here are the top 10 natural weed killers that you can start using now to help reduce your exposure. You can use them yourself or recommend them to your neighbors and city planners. You can even share this page with your local farmers! Please leave your own suggestion in the comments below.

This brand new natural weed killer, developed by regenerative farmer and self-professed Student of the Soil, Howard Vliger, restores balance in the environment by improving the soil micro biology while controlling unwanted plant growth. Through this approach, you can remove toxins from your food, thereby bringing back balance to your body. Used per the label, this is a pet safe weed killer.

If you are on the West Coast or are looking for another alternative solution, check out Avenger.

Most of the other alternative herbicides used by farmers or gardeners fall into the following categories:


Why Use Alternative Herbicides? 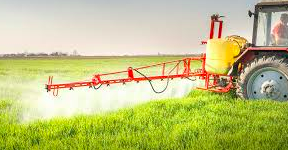 Glyphosate is so widely used in the U.S. and around the world that traces of the chemical have been found in breast milk, cotton products, beer, wine (even when made with organic grapes), eggs, oatmeal, and non-dairy coffee creamer, among other products.

The herbicide has also given rise to genetically modified food, which has been linked to health issues such as infertility, immune problems, faulty insulin regulation, accelerated aging and changes in major organs and the gastrointestinal system.

In March of 2015, glyphosate was classified as a probable human carcinogen by the World Health Organization (WHO).

But if the health risks are not enough to convince you to consider an alternative herbicide, maybe the environmental impact will change your mind…

A recent U.S. Geological Survey study sampled waterways in 38 states and found glyphosate in the majority of rivers, streams, ditches, and wastewater treatment plants that were tested. Glyphosate also was found in roughly 70 percent of rainfall samples.

Watch this video to learn more about the effects of glyphosate herbicides on your health and our environment:

How to Use an Alternative Herbicide

In order to get the best results from an alternative herbicide, it is best to use in conjunction with other helpful practices, like working to improve soil health, plant nutrition, and irrigation. Remember, an alternative is generally going to be a contact herbicide (except for electric shock), not a systemic herbicide, which kills the entire plant by entering the vascular system.

Contact herbicides generally work by burning plant foliage that comes into contact with the product. They are only capable of killing weeds that have emerged—they have no residual activity on weeds that emerge after application.

Other Ideas for Alternative Herbicides

There is much debate on the efficacy of household vinegar versus agricultural vinegar in alternative herbicides. Research has found that acetic acid concentrations between 5 and 10 percent can provide viable control of very small, young weeds that have one or two leaves (or are within two weeks of germination). Larger weeds with three or four leaves more are likely to survive this concentration. Using higher agricultural vinegar with a higher concentration of acetic acid and increasing the application volume can improve weed control.

Salt* – Some choose to combine vinegar with salt to make their alternative herbicide more potent. Like vinegar, salt is a desiccant, so it dries out leaves and stems.

Oil or Soap – Oil will break down any coating or other natural barriers that many weeds produce to protect their leaves. By using oil or soap in your mixture, you give the vinegar a greater chance to penetrate the weed. Additionally, oils and soaps break the tension water on weed surfaces, which keeps the mixture from running off.

If you would like more information on ingredient concentration levels for your alternative herbicide, check out this article from Garden Counselor.

*BEWARE: any form of sodium chloride is toxic to almost all plants and soil communities. It does not break down, and after it kills the grass in your walk, will poison and even kill large specimen trees where their roots run under the sidewalk or treated area. 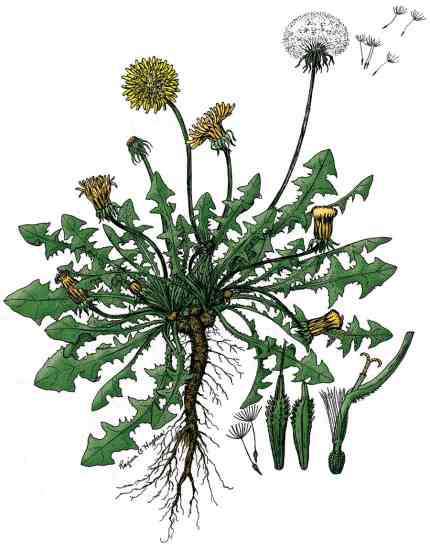 
The Top 5 Benefits of Alternative Herbicides