Studies on glyphosate herbicides have proven either causal or connection to increased risks of multiple cancers, including Non-Hodgkin’s Lymphoma, neurotoxicity, thyroid damage, autism symptoms, nonalcoholic liver disease, the disruption of gut bacteria, which weakens the immune system and can lead to chronic illness, hormonal imbalance, depression, aggression, and addiction. It has also been implicated in causing congenital disabilities, miscarriages, and endocrine disruption, linked to diabetes, obesity, and numerous illnesses.

In summary, Glyphosate exposure is weakening our immune systems, increasing symptom severity from COVID, and contributing to our national shutdown and economic crisis! 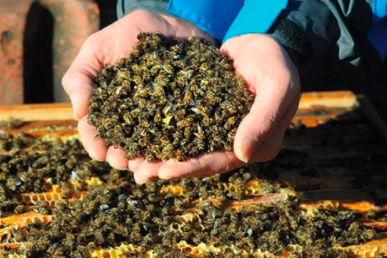 The federal EPA is currently accepting comments regarding whether or not to revoke the license of glyphosate (or merely restrict its use) based on their assessment of harm to endangered species. Their initial report claims that the 280 million pounds used per year on agriculture have no impact on endangered species. Only the landscaping use (20 million pounds) harms them. This is false. The agricultural use of glyphosate also has a huge impact on endangered species. The drift, runoff into waterways, and impact on the soil and wildlife surrounding agricultural land, which consists of 913 million acres in the USA, is the primary source of harm to our environment. For some states, such as Iowa, Kansas, North Dakota, South Dakota, and Nebraska, between 85-91% of their state is farmland, primarily conventional farmland that uses glyphosate. Therefore many states have more land being sprayed with glyphosate than not. The impact is enormously detrimental to their soil, water, air, wildlife, organic farming contamination, and human population health.

One can only ascertain that if glyphosate is proving to cause harm 93% of endangered species and 97% of their critical habitats, which are also our habitats, that if we do not act now, we humans and our pets will also soon be endangered species. Please act now!

We are asking you, pleading with you, to please make a direct comment (the only ones that count) to the US EPA by March 12, 2021, to ban the use of glyphosate herbicides in the United States. You may use any of the following reasons and any links to studies found on our data page here and comment directly to the EPA using docket number was EPA-HQ-OPP-2020-0585 click here- www.regulations.gov.

We encourage you to personalize your message, or the EPA will not count it as a unique comment. Please state in your words why it is important to you or your organization to ban the use of glyphosate in the United States for any reason.

Please let us know if you have an organization and you have sent a message and will ask your networks to comment. We are tracking the number of organizations. If granted permission, we will publish the organizations' names that have commented and sent a letter to both of the above listed regulatory agencies reminding them of our numbers in unity. Please email [email protected] with your organization's name and the number of supporters you represent after you have submitted a comment and, if you wish, a link to your comment.

Thank you very much!

and Moms Across America Team