On the other hand, substantial evidence showing that the co-formulants cause harm (and are not inactive) could lead to policy change that requires the manufacturer to submit safety studies based on the full formulation. Full formulation regulation is a much-needed shift in policy and is the only way to regulate safety accurately. 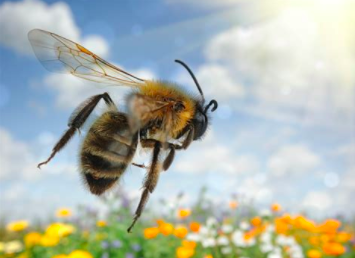 The issue at hand is the current review of glyphosate and whether or not the EPA will revoke its license for use or re-approve it for another 15, 10, or 5 years. If they review only glyphosate studies alone, they may reapprove it because it is not immediately and acutely toxic (killing more than 50% of the animal subjects in less than 96 hours). According to Seralini et al’s study, the surfactants are 1000 times more toxic. Still, again, since the full formulation is not included in the regulation, the EPA could possibly disregard those effects. Therefore, this study showing long term epigenetic effects of glyphosate alone is significant and one that could lead to the ban of glyphosate altogether if the EPA considers it.

Recently, the EPA has determined that glyphosate herbicides do harm 93% of endangered species and 97% of their critical habitats. No doubt, one of the ways the species are harmed is the manner in which this new study describes, epigenetically. When a species cannot reproduce, the species dies off.

The following assessment of the new study was provided to us by glyphosate expert and MIT scientist Dr. Stephanie Seneff:

This is a follow-on paper from earlier work the same authors have done where they've shown that low dose glyphosate exposure to pregnant rats results in serious damage to their grandpups and their great grandpups.  It's an extraordinary finding, but it is characteristic of toxic chemicals that are endocrine disruptors.

It's the germline in the fetus that is being directly affected.  Those are the cells that will eventually become eggs and sperm for the next generation.  They get exposed directly to glyphosate and they respond through epigenetic modifications to the DNA.  This is not a DNA mutation, but rather a chemical modification of the DNA such as methylation of certain nucleotides in the DNA, that alter the expression of the genes and therefore the metabolic policy of the progeny that are descended from the exposed fetus.

This is a new angle to the research where they characterized differential DNA methylation regions (DMRs) in sperm taken from the sequence of generations. The attached figure is quite striking because you can see that the top items in the list have larger responses in later generations.  They also linked the patterns seen to various known diseases.

"Epigenetic analysis of the F1, F2, and F3 generation sperm identified differential DNA methylation regions (DMRs). A number of DMR associated genes were identified and previously shown to be involved in pathologies." 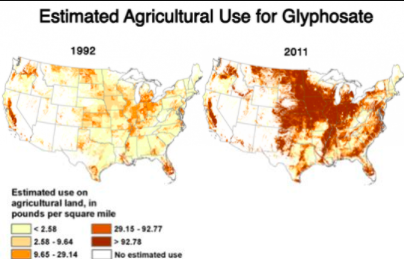 According to the EPA, three hundred million pounds of glyphosate are used in the United States per year in agriculture and landscaping. The herbicide has been reported to remain in the soil for 20 years.  Considering the widespread use, longevity, and the impact of glyphosate on reproductive organs, the future of the human race and life on earth could depend on a few policy maker’s decisions to ban it or not.

The EPA is accepting comments until March 12 about the impact of glyphosate herbicides on endangered species. We urge our readers to take action and tell the EPA to ban all glyphosate use immediately.COMMENT BY MARCH 12, 2021. Commenters are instructed to post comments to the BE docket. Click on www.regulations.gov.  Copy and paste EPA-HQ-OPP-2020-0585 in the search bar. Comment and attach studies from www.momsacrossamerica.org/data

View the prepublication notice of the biological evaluation for glyphosate.