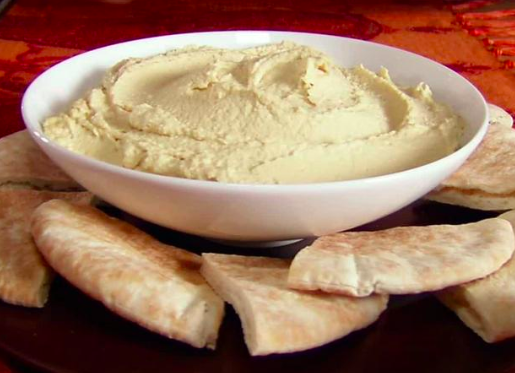 August 31, 2018 - Hummus is the go-to snack for most people who consider themselves healthy. Apparently, the brand of hummus has now become much more important. Today, Moms Across America released the test results of 10 hummus samples from 8 brands showing concerning levels of glyphosate residues. All but 1 of the samples tested positive for quantifiable levels. Glyphosate is found in Monsanto’s popular weed killer Roundup and is commonly sprayed on garbanzo beans as a drying agent prior to harvest. The chemical glyphosate has been making numerous headlines in the past two weeks due to the verdict in the Johnson v Monsanto trial. Johnson was a school pesticide applicator and was awarded 289.2 million dollars by the jury from the chemical giant Monsanto for “malice and oppression” or hiding the fact that they knew that their glyphosate herbicide could cause cancer. The hummus brands testing positive for glyphosate residue were Kirkland Signature, Sabra, Cedar’s, Simply Balanced, Trader Joe’s, Sadaf, and Hope. Lilly’s organic hummus was the only brand that had a non-quantifiable result for glyphosate.

Zen Honeycutt, Founding Executive Director of Moms Across America stated, “Glyphosate residues in hummus are not surprising, due to the farming practice of spraying garbanzo beans preharvest with glyphosate as a drying agent, but these results are terribly disturbing. The agriculture industry has known since 2015 that the International Agency for Research on Cancer (IARC) classified glyphosate as a probable carcinogen. They had ample time to discontinue the practice of spraying this herbicide on their crops. We hope now, with these results and the verdict of the Johnson v Monsanto lawsuit, that the EPA will revoke the license of glyphosate and farmers will stop using harmful chemicals.”

Lilly’s Hummus representative stated that they source their garbanzo beans from organic farmers in California. When asked about the absence of glyphosate in their products they stated, regarding their suppliers, “They perform random field pre-checks on crops, and recognize glyphosate as one of the worst herbicides. We’re very gratified to produce a nourishing product safe for individuals and families free of this substance.” 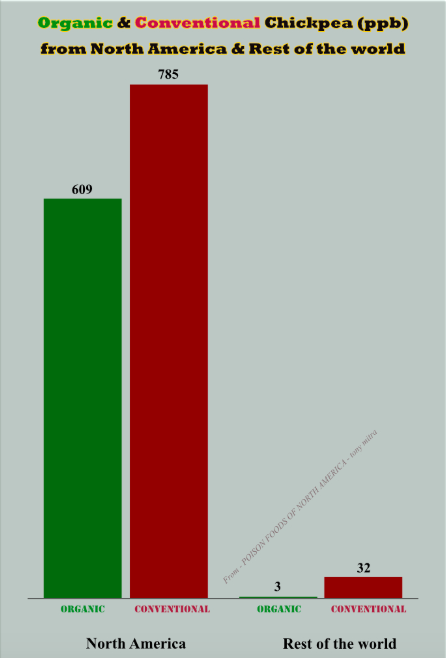 Moms Across America has been especially concerned about the presence of glyphosate in hummus, as the consumption of hummus, fueled by companies like PepsiCo, has risen dramatically over the past five years.  Hummus sales are expected to grow to 1.1 billion by 2022. Hummus is considered a healthy snack for children, a popular protein replacement for meat for vegetarians, and vegans, and is a go-to party food on college campuses. In addition, Canadian activist Tony Mitra released records of 7,800 glyphosate test result findings from the Canadian Food Inspection Agency in 2017 in his book Poison Foods of North America. In those documents, results for glyphosate residues on garbanzo beans from North America had levels as high as 795 ppb. In other countries levels were, on average 32 ppb. Even organic garbanzo beans tested positive glyphosate residues, pointing to the problem of widespread contamination. Glyphosate herbicides have been found in rain, streams and irrigation water. The only way to prevent this problem is to revoke the license of glyphosate, a possibility the EPA has long been considering during its 9-year review of glyphosate for re-approval or denial.

Image from Poison Foods of North America by Tony Mitra

Is Glyphosate in Hummus Safe? 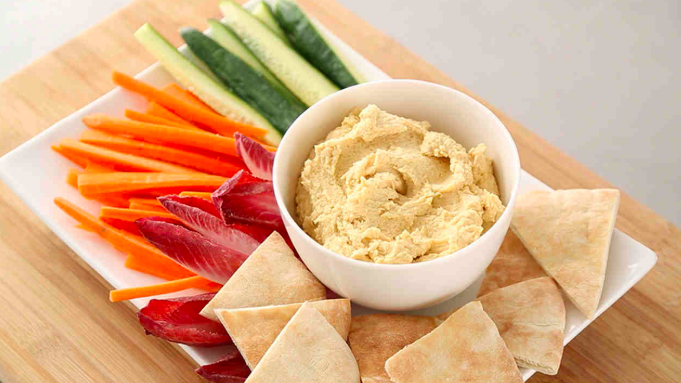 Although some will claim that these levels are not high enough to cause harm, studies have shown only 1 part per trillion increases the growth of breast cancer cells.  Glyphosate has also been shown to bioaccumulate in bones, breastmilk, and tissue, so considering only the daily intake levels is a scientifically inaccurate assessment. In addition, very low levels of glyphosate have been shown to be unsafe.

Glyphosate herbicides have also been proven to cause liver disease at ultra-low levels, be disruptive to hormones and reproductive organs, cause preterm births and fertility issues,  destroy beneficial gut bacteria which impacts the immune system, and to be neurotoxic. Honeycutt and MAA, initiators of the first glyphosate testing surveys in 2013 on tap water, children’s urine, and breast milk, have long been asking the EPA to revoke the license of glyphosate. The presence of glyphosate, which has been shown on its own to be harmful, also indicates the possibility of the presence of glyphosate herbicide co-formulants, which have been shown to be 1000X more toxic than glyphosate alone.

50-year plant pathologist Dr. Don Huber, Professor Emeritus at Perdue University commented on the results, “Garbanzo beans, and products prepared from them, are promoted as a highly nutritious food.  It is, in part, this nutritional component that can also indirectly make them highly toxic to many life forms including humans because of their incorporation of the mineral chelating and antibiotic herbicide glyphosate (the active ingredient in Roundup®).  Unlike agricultural practices prior to glyphosate where the garbanzo beans were cut and wind-rowed to dry prior to harvesting; it is now a common practice to desiccate non-organic garbanzo beans with the Roundup herbicide 2-3 weeks before harvest. Glyphosate is a highly water-soluble, systemic herbicide that accumulates in the maturing beans by chelating with the minerals contained there.  This practice of chemical desiccation has resulted in some of the highest levels of glyphosate being present in the beans and food products made from garbanzo beans analyzed by the Canadian Food Inspection Authority (CFIA) as reported in the book in Poison Foods of North America.  It is hard to justify a practice that introduces a probable carcinogen into the food chain that also is correlated with the near-epidemic increase in over thirty diseases.  The absence of AMPA, the primary degradation product of glyphosate, indicates the glyphosate itself is a very stable poison that is too common in our food and food products. I compliment Moms Across America for their vigilance in pointing out the need for safer production and harvest practices for our food commodities." 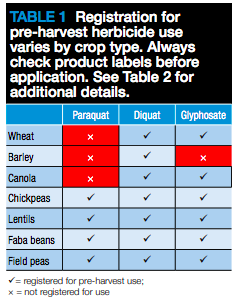 Glyphosate does not wash, dry, or cook off.

But the EPA Approves Glyphosate Herbicides for Use, Right? 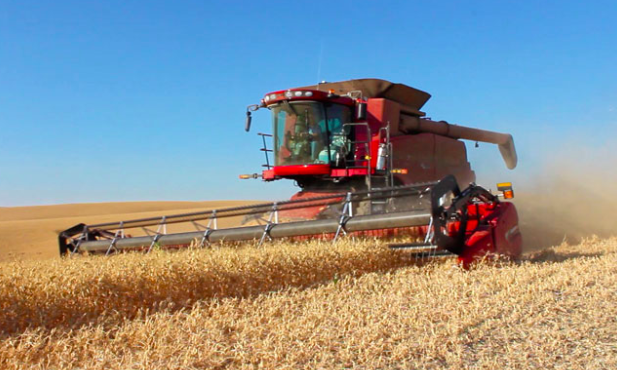 Although EPA staffers claim glyphosate herbicides are proven safe, when asked by Honeycutt in 2015, “Do you have any long-term animal studies with blood analysis, on the final formulation of Roundup?” The EPA staffer answered, “No, not that we are aware of.” “Then how can you claim that it is safe?” Honeycutt asked. The EPA Pesticide Review Board director ended the meeting.

Honeycutt states, “The fact is that the EPA approves these pesticides and herbicides that are sprayed on our food crops based on studies on one ingredient in the products, not the final formulation, so any claims that these chemicals that we are feeding our family are safe, at any level, is scientifically unfounded. In fact, new studies show them to be extremely harmful, and therefore must be avoided. We hope all hummus brands will publicly state that they will only accept clean, non-glyphosate sprayed ingredients and that the EPA will do what they are charged to do-protect the American people and revoke the license of glyphosate.”

What Should I Do?

To avoid glyphosate as much as possible, purchase organic or biodynamic foods. Ask your favorite hummus brand to stop sourcing garbanzo beans sprayed with glyphosate. To reduce glyphosate in your body, a study from Africa shows that acetobacter degrades glyphosate, breaking it down into nontoxic components, causing the glyphosate molecule to be gone. Acetobacter is found in Apple Cider Vinegar, sauerkraut and kombucha.

PDF of this report here.