Why We Need to Understand the Science - Moms Across America

Today people are still nervous about science and technology, but the fact remains as it did in 1989, that informed citizens create productive dialogue. 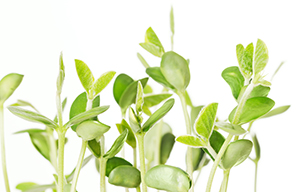 When I first started learning about GMOs, glyphosate, and toxins in our food supply, it became important for me to understand the science involved. I knew that if I understood the science, I could be much more effective in the conversation about the food my family ate, how it was grown, and their overall health. I knew that if I didn’t make the effort to educate myself about the science, I would forever be subject to believing whatever I was told by whoever was telling me. That simply wasn’t acceptable. After learning about GMOs I knew I could not trust what the government and media were telling me. It was time to get information from sources that were not influenced by major corporations that make profit by selling us food with poison on it that makes us sick, and then profits from their sister company selling us drugs that make us “better.” Nope. I needed better sources.

I knew that whether I was looking at information about food or pesticides, or the chemicals in our personal care products, it was up to me to become literate about the science and the sources.

If you are like me, when you hear that a chemical is harmful or you should avoid a certain food, don’t you wonder “Why? What does it DO? How does it work?” I do. I often feel uncomfortable addressing any issue or making any recommendation until I understand HOW it works. 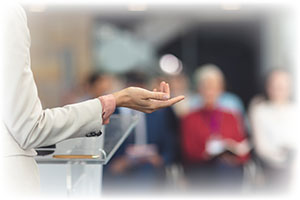 Because of this, you can find me speaking to a variety of scientists, toxicologists, farmers, researchers, marketing experts, lawyers, authors, doctors, and more almost every day. I take what they say and ask them if the complex scientific information could be summarized in a certain way. I often use an analogy… for instance, when one scientist was explaining how glyphosate works, how it increases the harmful impact of other environmental toxins by breaking down the blood brain barrier, I asked, “So, is it like glyphosate is the bad guy that breaks down the dam and lets all the other bad guys in?” He said yes. That made sense to me. That understanding made me confident to speak to others about the many ways that glyphosate can harm life on the planet...and we have, over the past few years, made tremendous strides in our public educational outreach about glyphosate.

After an interview with Chinese talk show host Mr.Cui , he said, “Monsanto has turned moms into scientists.” I have been called a science communicator, although I did not set out to be this. Anyone could do what I do. All it takes is the willingness to want to ask questions, to be wrong, get corrected, get clarity, and then have the courage to speak the truth even when all odds are against you. 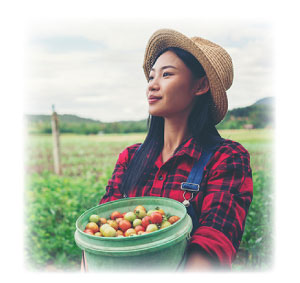 thanol is, (found on their shampoo bottle) and they don’t feel good knowing that they don’t know...so why bother even trying to read the labels?

I am inviting you to set aside any concerns about looking bad because you don’t know or might get it wrong. Look up the info, and if you find words you don’t understand, look those up, too. Seek to understand. Once you understand enough to make an analogy out of it… have that difficult conversation with your friends, family, colleagues, and community about what is acceptable and what is not. Just do it. Who cares if they think you don’t know what you are talking about? Just acknowledge it and say, “I get that you think I don’t know what I am talking about. That’s ok. I know I am not a scientist. Don’t take my word for it! Just check it our yourself OK?”

We have an opportunity to shift our thinking from “understanding the science is a burden” ... to “understanding the science is our responsibility.” We are, as citizens of this world, creating the future, whether we are present to that or not, every day with our purchases, use of products, energy, and resources. And we want to create one that we are proud of and offers us all a healthy future. So, taking on that responsibility of creating the future, we will share what we know and believe. We will listen to others as we strive to replace polarization with problem-solving. Only with understanding and courage, together, can we make decisions in the field of science that will benefit the future of our planet.