Why are Heavy Metals in Our Baby Food? 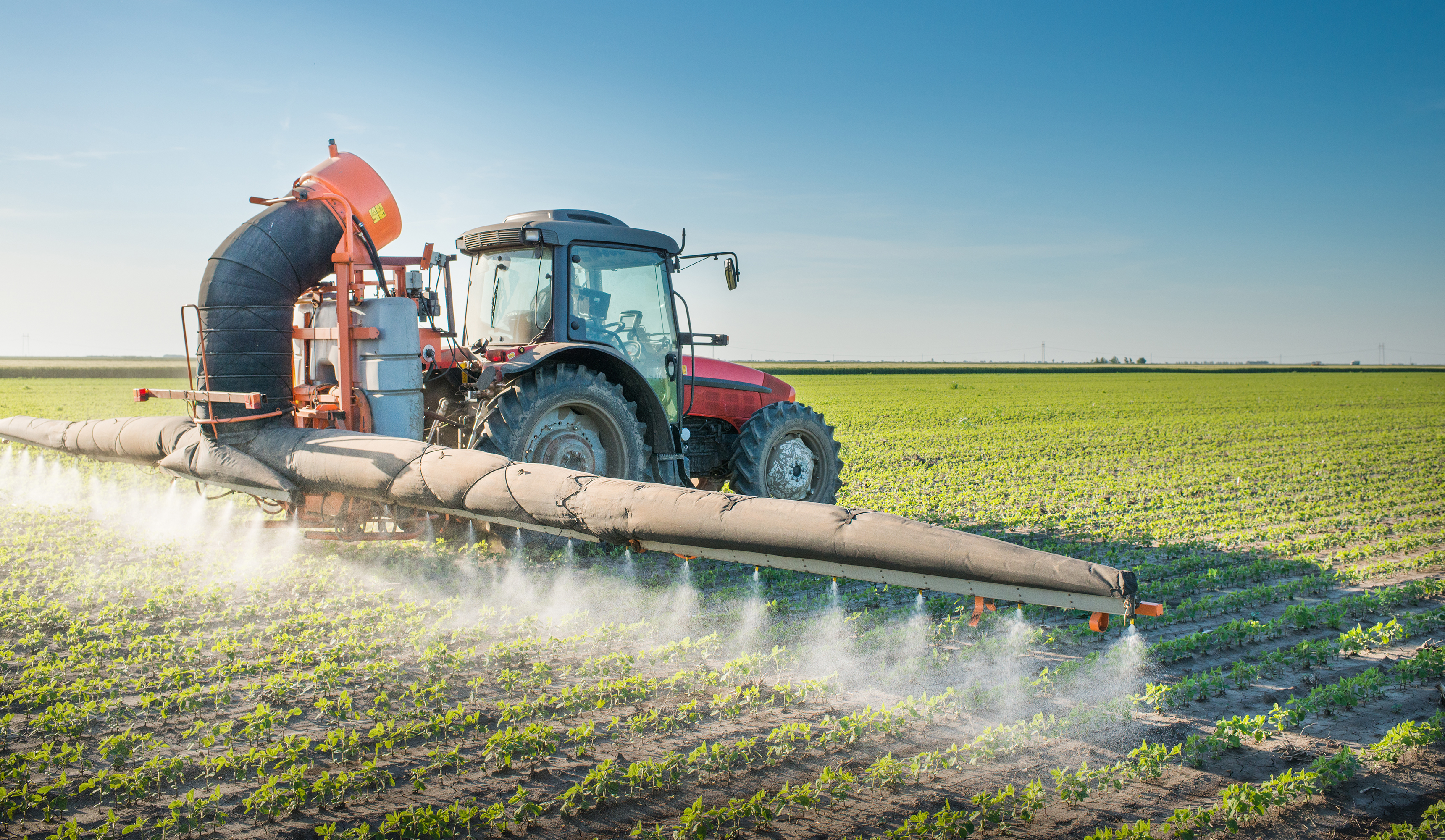 Here is the news that most are not hearing. The heavy metals in baby food are there because our government allows them to be there… Because our politicians and regulatory agencies are funded by our Agrochemical farming system. These fertilizers and agrochemicals, made with petroleum waste, were foisted on farmers by Monsanto, Dow, Dupont, Syngenta, BASF, and Bayer after World War II, when the chemical company manufacturers needed a new market for their war chemicals. They declared war on bugs and weeds instead and convinced farmers that it would be more cost effective to spray chemicals, (and apply more fertilizers as a result of depleted soil) rather than hire laborers. They did not warn the farmers of the cost to their health, consumers, or the soil and water from being exposed to toxic chemicals.

Today, US farmers have the highest rate of suicide and depression than any other career in the US. Many scientists and doctors point to the farmer’s agrochemical use, which are proven neurotoxins, as a major contributing factor. Nevertheless, regulators refuse to issue warnings or remove the chemicals from the market.

Regardless of the health implications, for the past 40 years, farmers have been spraying over a billion pounds of toxic chemicals and over 200 million tons of fertilizers globally on our soil per year. Chemical companies even genetically engineered our major commodity crops - soy, corn, sugar, canola and cotton - so that they could tolerate the chemicals and spray the crops directly to eliminate weeds. And sell more chemicals. It worked, for a while. Then weeds and pests began to be resistant to the chemicals, soil quality declined, more weeds that thrive on poor soil conditions appeared, and farmers began to realize that they needed more toxic chemicals and fertilizers and multiple agrochemical formulations in their toolboxes.

These chemical mixtures were never safety tested; that’s just not how the EPA policy works. Farmers, landscapers, and we, the public, are led to believe that the EPA is regulating these toxic concoctions, but in reality, they only require “safety” testing from the industry on one ingredient in the formulations, not the final formulation.

So, this is how Roundup and glyphosate-based herbicides received the “approval” by the EPA, with studies just on glyphosate, not the final formulation. Monsanto (now owned by Bayer) chose the LEAST toxic chemical to test. Keep in mind, toxic meaning kills more than 50% of the animal test subjects in 96 hours. The chosen chemical is not screened for life-long term harm like cancer, liver disease or reproductive effects. NO safety testing is conducted on the final, full formulation. If they did, they would have to include arsenic and heavy metals. Yes, it was revealed by French scientist Seralini and his team that all the glyphosate-based herbicides they tested, like Roundup, contain high levels of arsenic and heavy metals. Studies have also shown that fertilizers contain heavy metals, even OMRI certified fertilizers allow heavy metals in the parts per million range. Do you see where the heavy metals in baby food come in?

We have a farming system that is dumping billions of pounds of glyphosate-based herbicides on our soil, depleting the soil...then farmers need to add more and more fertilizers containing heavy metals. Even in organic farming, more and more fertilizers are needed because, after 40 years of millions of agrochemical use (chemical that come down in the rain and are found in irrigation water) and the burning of carbon fossil fuels, the acidity of the soil has increased. Higher acidity means higher levels of heavy metals in the soil. The glyphosate-based herbicides are sprayed not only on GMO crops, mind you...but on non-organic farm land soil as a pre-emergent. Pre-emergent means to prevent weeds from growing before the plant the root crops like carrots and sweet potatoes are planted. Then, the root crops uptake glyphosate and heavy metals in the soil, and they show up in baby food. Grain crops like oats, rice, and wheat can also be sprayed with glyphosate-based herbicides as a drying agent or “desiccant.” As more and more desiccants and fertilizers are used, higher levels of the heavy metals show up in whole grains than in the previously perceived “healthier” non-whole grains. In the HBBF report levels of arsenic in organic rice baby food products was up to 90X higher than New Jersey water limits of 5 ppb.

Why Might There be More Heavy Metals in Organic Baby Food?

According to the HBBF testing, the highest levels of heavy metals were found in organic baby food. This is devastating for parents who have made the extra effort to feed our babies organic and trusted the manufacturers. Why could this be happening? And what can they do about it?

According to a 50-year plant pathologist, Dr. Don Huber, “Organic can’t use most of the commercial fertilizers available so they rely on manure for most of their N, P, K, minerals.” He states that the source of the heavy metals is likely the fertilizers used in organic. “Much higher rates of manure are needed by organic to meet the plant’s demands for N. 80% of the N in a plant is as enzymes that do the work.” When asked if organic farmers can use manure fertilizers from GMO fed animals, which would likely contain glyphosate and heavy metals, he replied, “Yes, organic can use manure from GMO fed animals.” This is why it is so essential for our food to be regulated by impartial people. Practices are being allowed that are not in the best interest of our babies, organic consumers, the organic food industry, and the health and future of our country.

Additionally, according to Huber, the use of glyphosate on conventional soils mean that glyphosate chelates and reduces some of the heavy metal and mineral (such as manganese, iron, sulfur, calcium, arsenic and aluminum) uptake in conventional crops, but can also increase the uptake of other metals (such as Titanium, Cadmium, and lead). Thus, higher levels of some of the heavy metals in organic produce could be explained by the absence of glyphosate herbicides, but also higher levels of important minerals are expected to be, and have been found in organic.

According to a study by Wauna and Okieimen the heavy metals are coming from many sources:
1. Fertilizers. 2. Pesticides. 3. Biosolids and Manures. 4. Wastewater. 5. Metal Mining, Milling Processes, and Industrial Wastes. 6. Airborne sources (such as industry, car emissions) 7. Soil Conditions (such as acidity which increases heavy metal uptake).

Remediation of the soil, to reduce heavy metal intake, includes the reduction of the use of the fertilizers, pesticides, global use of fossil fuels and industrial chemicals. Addressing the soil to balance the acidity/alkalinity of the soil is also very effective.

It is advised for parents who want to avoid heavy metals to stop purchasing any rice products for their baby, avoid sweet potatoes and carrots, and give them whole fruit instead of fruit juice. To avoid glyphosate contamination, also avoid non organic oat products and whole wheat products.

How is Bayer Connected to Birth Defects? 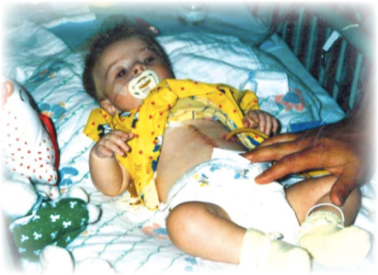 Next, the birth defects. Tragically, that one is easy to understand. Monsanto (now Bayer) has had GMO test plots in Hawai’i for decades, where birth defects have been shown to occur 10X more than on the mainland. Hawai’i based Bayer scientists spray, according to locals, dozens of times a day, using to 30 different chemical mixtures, including glyphosate, without any safety precautions for drift, irrigation water, accumulation of the chemicals in the rain, or the vulnerability of nearby pregnant women and their fetuses. These chemicals have repeatedly proven to cause endocrine disruption or reproductive effects. But the chemical companies consistently ignore the pleas of the residents. All that matters to these GMO and chemical corporations is their bottom line. Two families are now suing Monsanto for damages for birth defects from exposure to their chemicals.

If Bayer cared about preventing birth defects, they would cease and desist from the selling of toxic chemicals like glyphosate-based herbicides. It’s that simple.

The fact is that the GMO company’s concern over their bottom line for profit is destroying our true bottom line - the freedom to live. The unregulated chemical company products are harming and killing our children, grandchildren, and their future spouses. This is not “sustainable farming,” it is degenerative. Our health, economy, and political world power is declining, and toxic chemicals, unchecked by our government, are a primary factor. The corporations drive for profit will bankrupt our nation due to health care costs (3.5 trillion last year) if our current elected officials do not have the political will to put the wellbeing of our future generations before the immediate returns to chemical companies.

Besides Bayer removing these toxins from the market, there are two ways to stop the poisoning of our babies and prevent birth defects. One way is through policy change that is championed by elected officials who will not pander to chemical corporations. This means we citizens must elect officials who do not accept funding for their campaigns from Big Ag, Big Pharma, or Big Oil. Yes, all of them, they are all connected. Big Ag uses Big Oil’s petroleum products; sludge from fracking and oil refineries in their pesticides. Big Ag’s sister companies - Big Pharma companies, such as Syngenta’s sister company AstraZeneca makes 400 drugs that treat the same reactions from pesticides that Syngenta produces. Syngenta (now owned by ChemChina) makes the most pesticides in the world. The fact is that Big Pharma profits from Big Ag making people sick. It is a perfect profit circle...for them, not for the future of this country.

So unless you want to grow all your own food, I urge you to vote wisely in the coming elections -for candidates not funded by Big Ag, Big Oil, or Big Pharma- and demand that the current elected officials take actions to protect our current and future generations now.

What Can You Do?

Ask your officials to:

Whether through lawsuits, consumer activism, or policy change, by holding the chemical companies and our elected officials to account, when we take action, our children can perhaps look back one day and say to our grandchildren, “My parents, your grandparents, got the poisons out of our food so you can be safe.”

Sign our petition to ask Bayer to stop selling Roundup and glyphosate based herbicides TODAY!