The New Heros of Our Time - Moms Across America 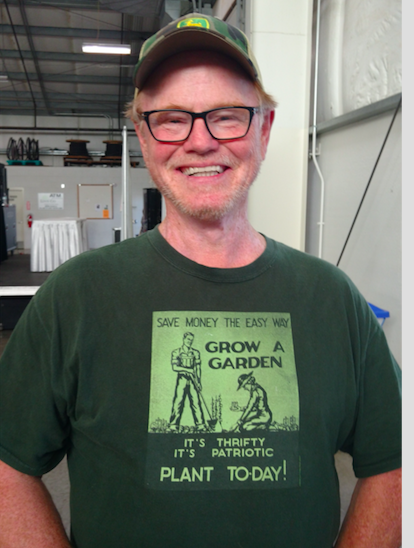 The new heroes of our time are the people who break the molds and disrupt the status quo. They create economic sharing bridges between groups of society, develop products which do no harm, in ways that do not leave indelible marks on our environment. They give back and they give up making profits their number one priority. In doing so, ironically, they are often incredibly successful. The shift first began with bucking the normalcy of exchanging money for services. Craigslist demonstrated this early on, giving away their service for free and revolutionizing the usefulness of the internet. Then Tom’s Shoes gave away a free pair of shoes to a child in a third world with every purchase, and their seemingly unprofitable business model brought them millions of dollars in a few years. Tom’s business model has been copied by countless other companies.

Giving away free services or products has become the new norm in business, however, and still plays into the system of consumer dependence on the material, industrialized framework. The truly new paradigm is when a person removes him or herself from that system almost entirely and creates something new.

Today, the people who are the most heroic are the people who are taking matters into their own hands and are taking on self-reliance. They are stepping away from the cycle of being a consumer and becoming a creator instead. We acknowledge the individual’s role in climate change chaos, poisoning of the planet, and an unjust justice system. We see taking personal responsibility is the only way our species will continue to survive. Corporations are not inherently evil but the over reliance on what the corporations provide is not in our best interest. 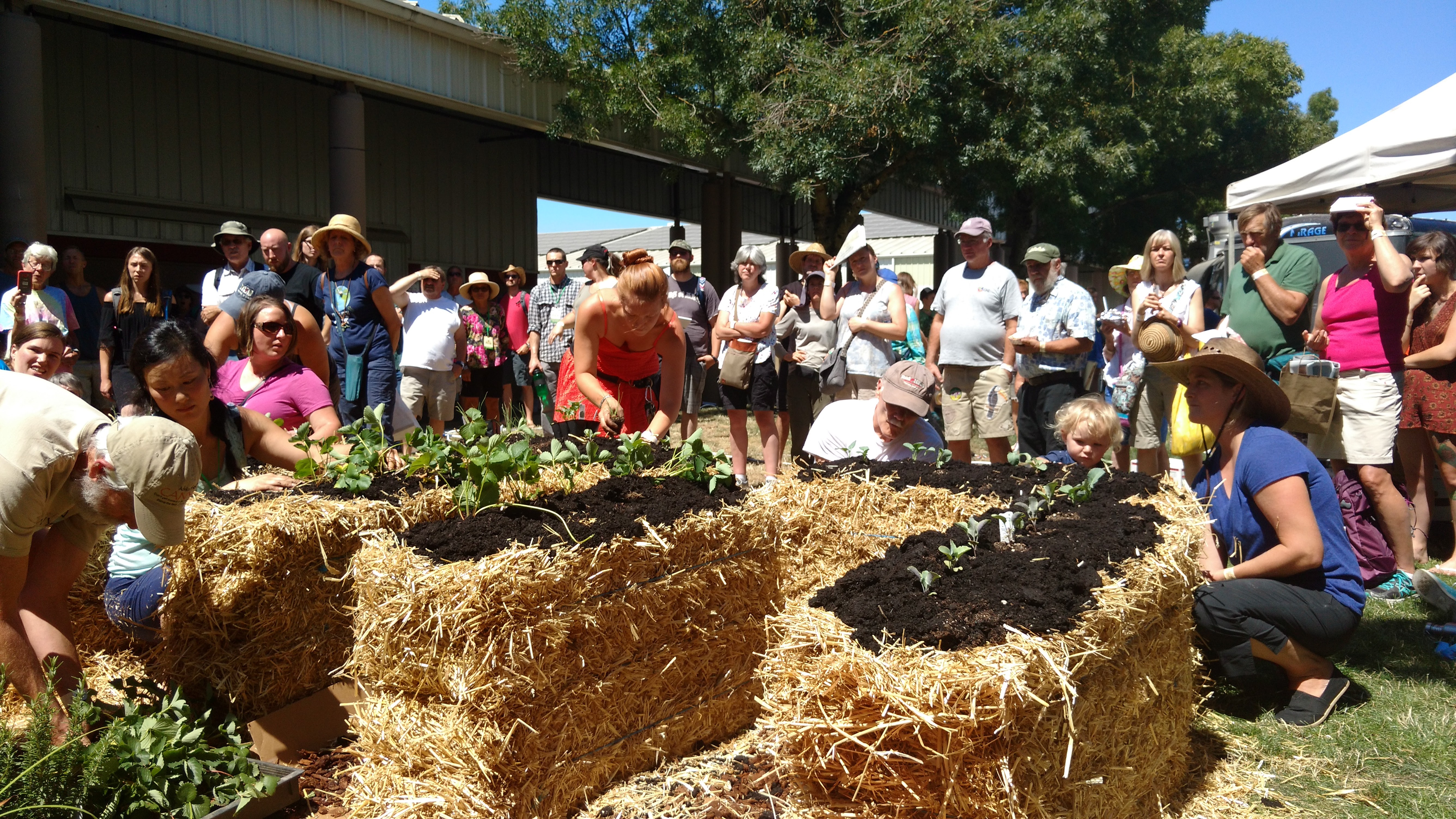 To survey and thrive, a truly heroic person makes the sacrifice and discovery of self-reliance. They say I will learn how to sprout seeds, I will walk or bicycle instead of drive, I will make a gift rather than buy a cheap plastic toy that was made with slave labor and took hundreds of gallons of pollution causing oil and coal to make. The new hero takes small steps to grow their own food or big steps in raising their own livestock such as backyard chickens. They tend to their garden or farmland with mulch, cover crops, and natural pesticides.  They collect rainwater and house bees. Today’s heroes discuss aquaponics with their friends over dinner and dissect the benefits of coconut oil over dessert.  I met many of my new heroes at the Albany, Oregon Mother Earth News Fair Aug 5-6, 2017. 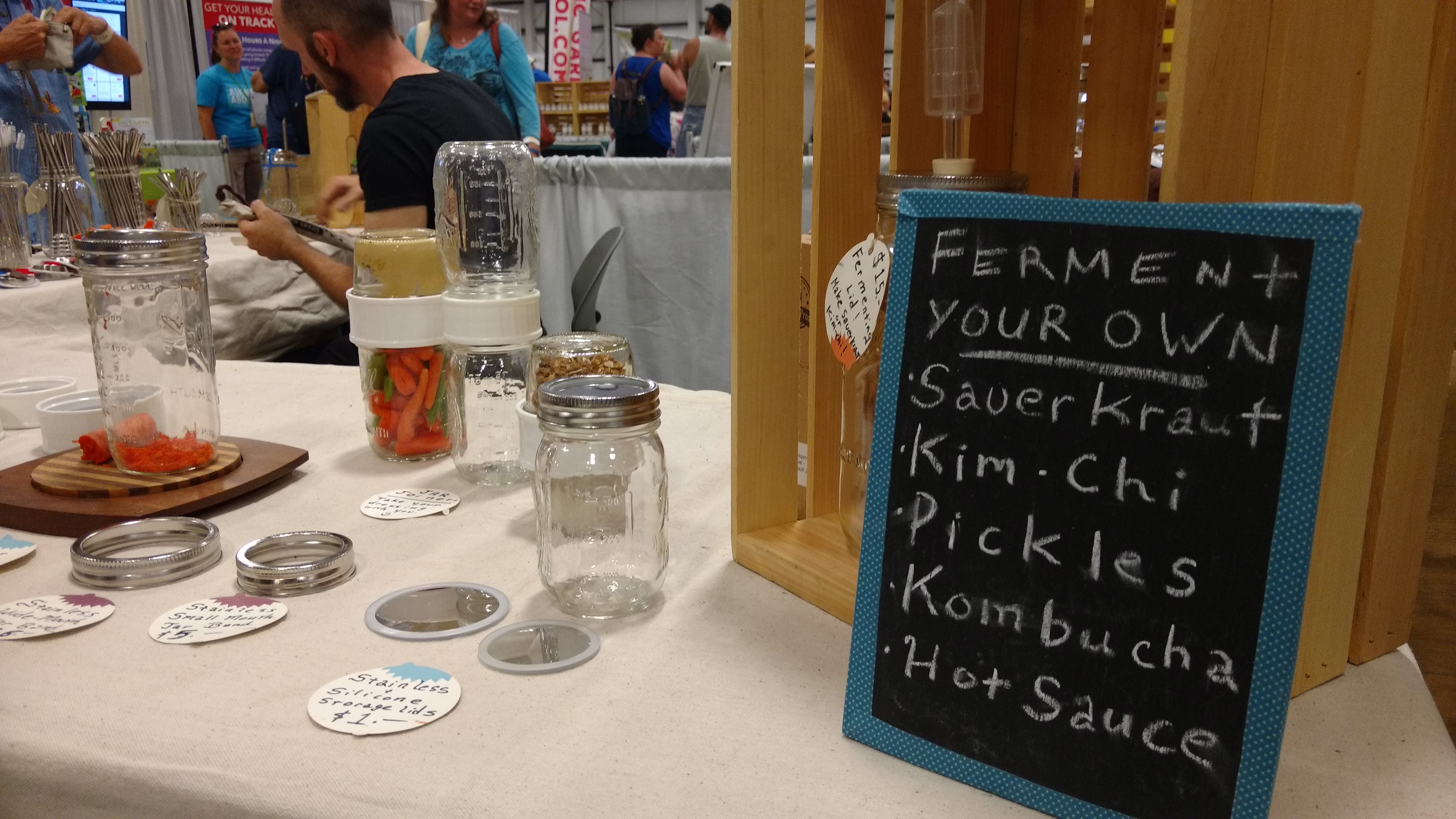 The event is a gathering of homesteaders from across the West Coast. Beekeepers, livestock owners, mushroom experts, and fermenting fiends.  I attended talks such as: “What Does it Take to Get Started in Beekeeping?” by Shane Gebauer; “Chicken Behavior and Health,” by Charlene Couch; and ”Gardening with Mushrooms using Straw Bales and more!” by Jessi Bloom and Tradd Cotter.  I couldn’t decide what was more inspiring, the enthusiasm and knowledge of the speakers or the size of the rapt crowd. There is a movement happening that is unstoppable. These homesteading heroes have a fixed North Star called self-reliance.  Shawna Coronado’s talk “Secret Gardening Hacks that Will Blow Your Mind,” made being a front yard gardener a cool act of rebellion. Growing your own food is cool again. Get your cool on and get your hands in the dirt!

There is a resurgence of not just gardening like Grandpa, but cooking like Grandma: canning, fermenting, making our own bread, soap and cheese, is not only charming but truly revolutionary considering the abundance of cheap, easy, and addictively tasty fast foods available today.

No slick marketing by New York PR firms will convince the Mother Earth News tribe, obsessed with bacteria cultures and Keifer, of the benefits of GMOs, toxic herbicides or cheap food-like products.  The gig is up for Monsanto with the Mother Earth News community. Going back to the basics is not seen as backward, but a huge leap forward in sustainability and self-respect, something we could benefit from today. 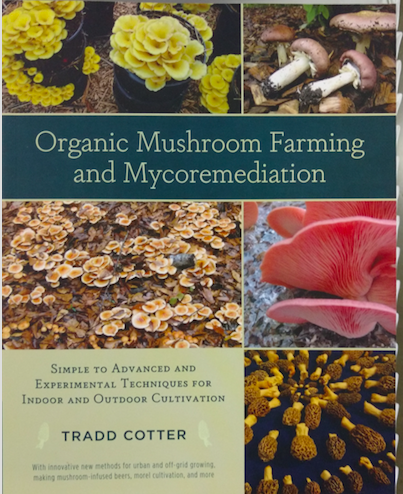 I was amazed and delighted to hear from Tradd Cotter, the mushroom expert, that soil that was previously farmed with conventional methods, meaning with toxic chemicals, could easily be transitioned to organic in 2-3 months, not years, by incorporating mushrooms. Oyster mushroom spores could be scattered in the field and overlaid with mulch. Within a few months, the mushrooms break down the pesticides, eliminating the toxins from the soil. I heard rave reviews about the “How To Make Your Own Mayonnaise,” talk by Patricia Foreman. There were, on average, eight talks happening simultaneously for two days, on the hour, for five hours, and almost every talk had 200-300 people avidly taking notes and asking challenging questions. 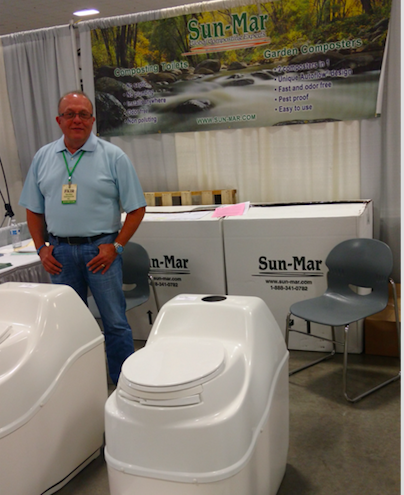 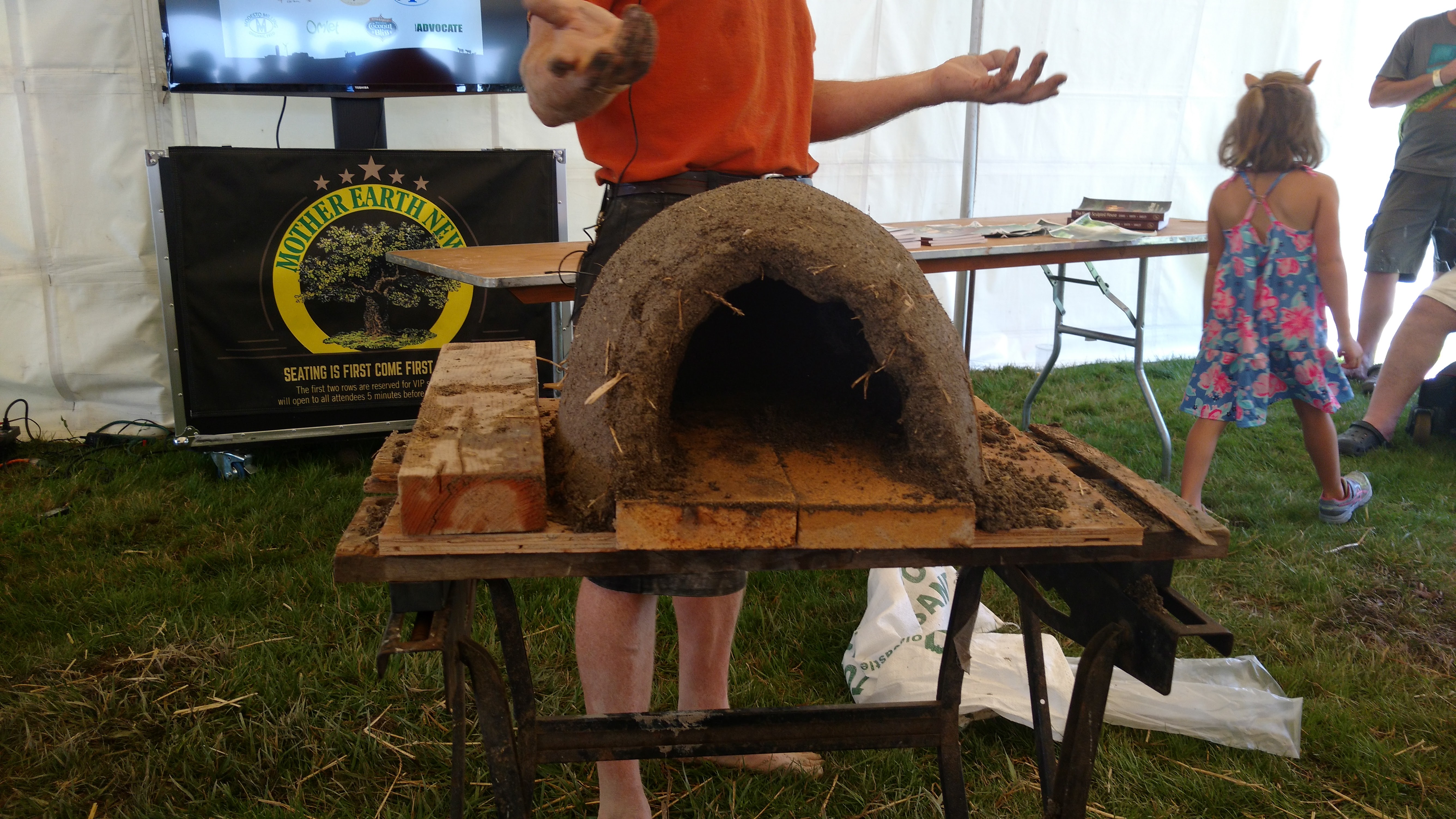 Uncle Mudd and family showed an eager crowd how to make their own pizza oven out of sand and clay. Hannah Crum surprised her audience with the nitty gritty of the microbiome and benefits of kombucha. Speaking of microbiome, I was thrilled to meet Joe of SunMar who demonstrated a compostable toilet that use microbes to break down waste, eliminate the use of water in toilets, and reduces toxic chemicals in our water system from water treatment plants. His company’s toilet could be used by five people, with no odors and only emptied once every four months. At $1,800, it costs far less than traditional septic tanks, which almost always fail and leak, making compostable toilets a real and viable solution for any home, off the grid or not.

I met a Wildcraft brewing company team who puts a call out to the community to gather their extra apples and plums once a year, to make a Community Apple Cider batch. The fairgrounds were covered with booths manned by mom and pop entrepreneurs, selling handmade goat soaps and cheese, blueberry wine, wildflower honey, chicken coops on wheels, bee hives, and a blacksmith's iron tools. If the vendors had donned wool dresses and shawls we could have almost passed for a Renaissance fair.

I think the most moving notion I walked away with was not how much information I was given, but how inspired I am by the huge numbers of dedicated people, the heroes of a new community of self-reliance, who are asking “How can I make a positive change?” 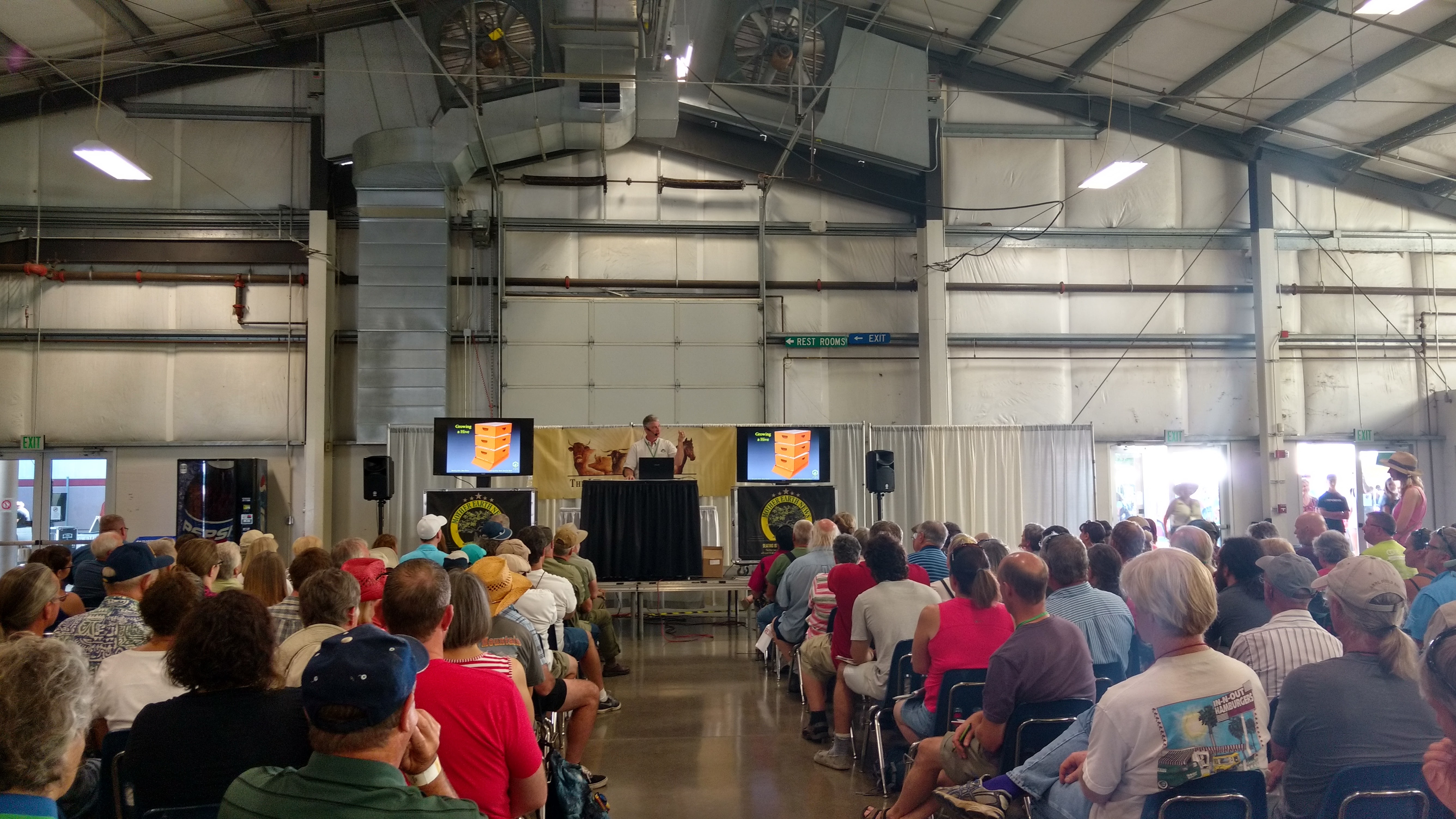