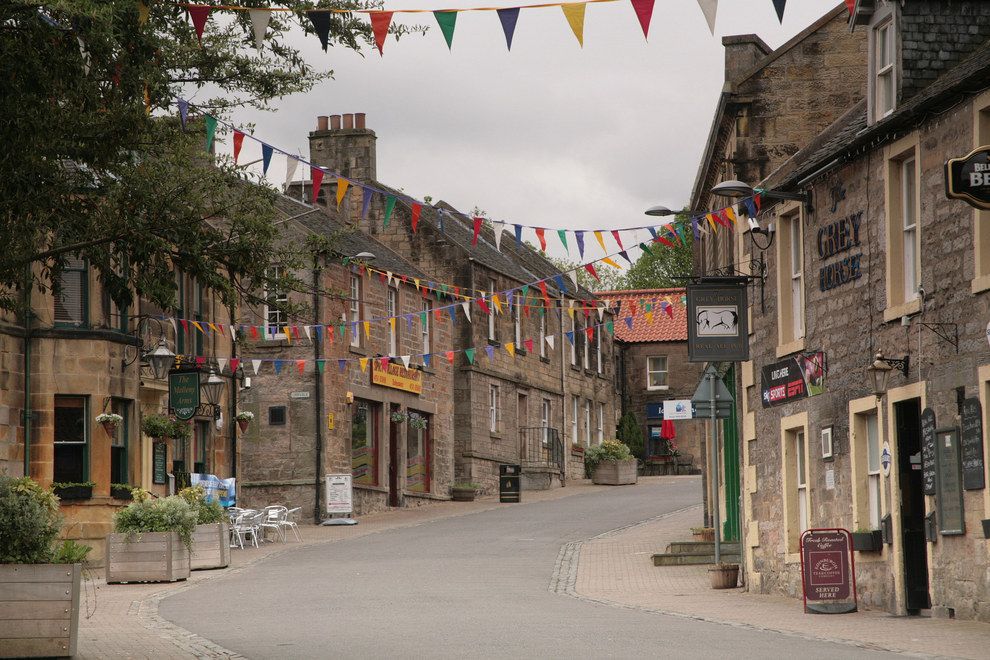 I am a mum who lives in Balerno, Scotland, just south of Edinburgh. I suffered many illnesses until age 40, which meant spending a year in the hospital as a child and being on various medications. My test results never gave me any answers.

When I turned 40, I took control of my health. Eliminating dairy and gluten, I reduced particular food and environmental chemicals (both naturally occurring and artificial). Going primarily organic, I regained my health.

But then, I noticed every time our Council used pesticides for weed control, all of my symptoms would suddenly return. By this stage, having worked diligently to eliminate toxins from my body, I was in disbelief. I had heard about the heavy pesticide use in America and thought we were safe here in the U.K. I soon learned I was very wrong!

At first, I tried to ignore the spraying, thinking it was beyond my control. Maybe someone else who knew more would do something. However, after a life-threatening episode woke me up, I had to do something.

I could relate to what Zen Honeycutt of Moms Across America says, ”I always wondered why someone didn’t do something about that, and then I realized  that I am someone.” 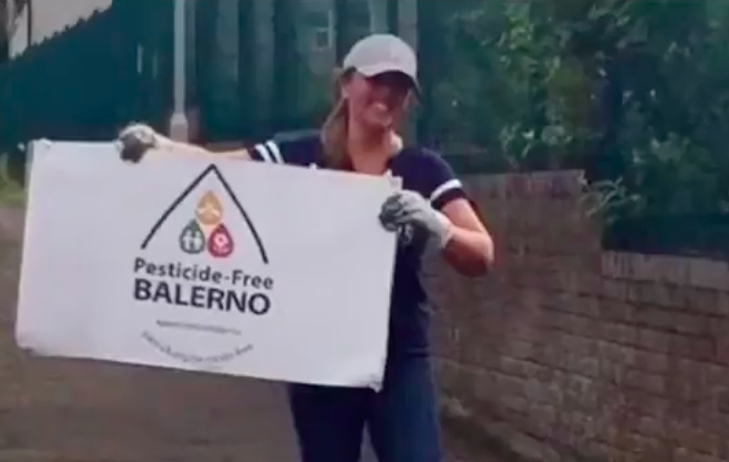 I decided it was time to take action. When I initially spoke to the Council, they told me that glyphosate was “safe and legal.” The Council had not heard of anyone else having issues from the spraying. However, I later found out this was debatable because none of my neighbors knew that glyphosate was being sprayed, so how could they make the connection?

I researched further, and Pesticide Action Network (PAN) U.K. told me that Councils all over the U.K. did indeed use glyphosate. The science showed that it was causing damage to the environment and people’s health. In 2015 the World Health Organization (WHO) classified glyphosate as a probable carcinogen, and it was banned and restricted in many parts of the world!

I summoned the courage to request the Council to stop spray pesticides outside our home, and surprisingly, they agreed to stop. Emboldened, a few friends and I started to speak to neighbors and collected signatures to halt the application of pesticides in our street. The Council decided to use a safe vinegar-based alternative. We had a small but significant victory!

All appeared well. I felt some relief until I received an email advising me the Council would start applying glyphosate on the surrounding streets. Scared of my bodily reactions returning, I begged that they halt the pesticide application. The Council agreed to a temporary halt and gave us residents four days to collect signatures supporting the use of safe alternatives. G

A small but determined group of friends, family, and Young Environmentalists began to gather signatures for our cause from the residents in our town. The paper petition asked the Council to stop applying harmful pesticides for weed control on our streets, pavements, and green areas and for safe alternatives to be used instead.

During this time, as we raised awareness and collected signatures, and talked to our community members, we began to hear reports of suspected harm from the pesticides. Neighbors reported sores on their dog paws, damage to newly planted trees, increased asthma, and hay fever symptoms - all when the Council used the weed killer. Those with diabetes, autoimmune and neurological issues signed the petition because they did not want their health conditions worsened by the unnecessary use of a chemical to remove weeds. We gained the signatures of 200 homes in 4 days, and my neighborhood, Cherry Tree Estate, became Pesticide Free!! It was a massive relief for so many of us with vulnerable health issues and pets to protect. We were delighted that other towns who had heard of our success also began working to be Pesticide Free.

After the success in my neighborhood, we took our case to a Committee in Edinburgh. We were grateful that a representative from PAN U.K. traveled from London to speak on the initiative. After much discussion, they reached an agreement that Balerno would become Pesticide Free in 2020 and have their weeds manually removed by the volunteer weeding group with a trial of safe alternatives in 2021. 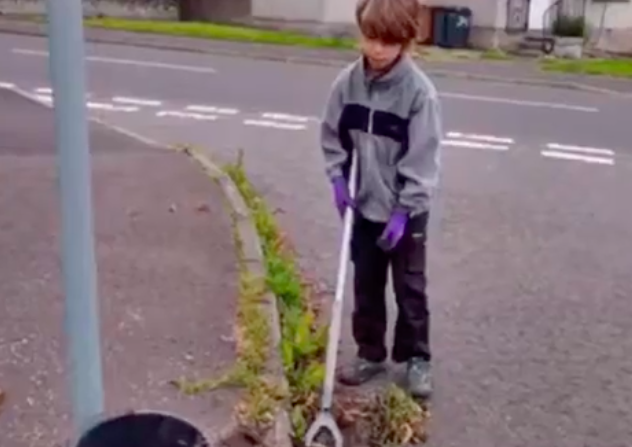 We organized a volunteer wedding group to scrap and pull the weeds from the sidewalks. Knowing that its streets and pavements were free of harmful pesticides, volunteers could put their hands in the earth and pull weeds.

Anyone with at least half an hour to spare, mums, dads, grandparents, whole families, and professionals from all walks of life, gave up some time to weed wherever it suited them. Together, we illustrated how it is perfectly possible to weed without using harmful chemicals.

Some residents wanted the weeds for biodiversity and pollinators, while others merely complained about the weeds. We had to acknowledge that some people liked the weeds removed, no matter the health risk. Councils also used the excuses of “weeds as a tripping hazard” or “cracked pavements” and “blocked drains” so they could return to the convenience of using glyphosate.

Because Councils have to deal with the weeds we realized we need to come up with a solution and at least remove most of them, despite their biodiversity benefits. So in addition to the volunteer weeding, we offered the solution of a hot foam product that is safe and non toxic. Trials have begun. By discontinuing the use of glyphosate, we ended up creating an ideal environment for pollinators to thrive.

Many have asked what some of the specific actions were that we took to raise awareness.

Because the decision-makers were so resistant, I admit, at times, I felt hopeless. But I would never forget the story of Zen and other mothers in the book UNSTOPPABLE: Transforming Sickness and Struggle into Triumph. Although I didn’t feel unstoppable, we knew we were right, our voices were critical, and we had a duty to protect those most vulnerable. We couldn’t give up and had to keep moving towards the objective, and I remembered staying positive and focusing on the future we wanted - a healthy pesticide-free village, so I kept going! 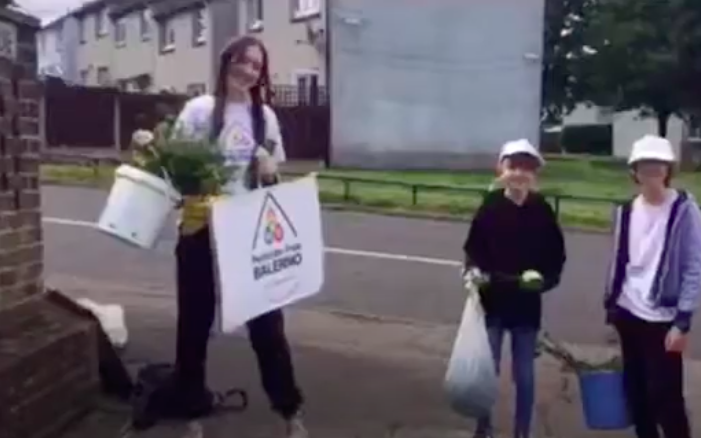 Here are my top tips for success despite opposition:

People should be allowed to make an informed choice. No one should have harmful chemicals forced upon them. I believe everyone in every community can do what we did in Balerno, and my most sincere hope is that you and everyone does the same.

Don’t expect change without action. Do something. Stop thinking someone else will do it. Make a start, and others will continue on.