The atrazine proposal follows closely on the heels of a proposal to further weaken protections regarding 23 pyrethroid insecticides that have been repeatedly linked by peer-reviewed studies to neurological issues such as learning disabilities in children. 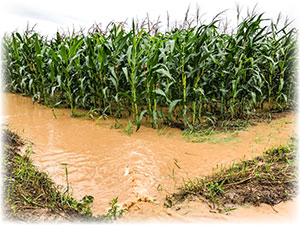 Atrazine, a broadleaf herbicide, is linked to endocrine disruption, neuropathy, and cancer. It disrupts the sexual development of frogs at levels far below the current allowed concentrations by EPA. Studies by Tyrone Hayes, PhD, University of California, Berkeley, and others have shown that concentrations as low as 0.1 ppb turn tadpoles into hermaphrodites. A 2009 study linked birth defects like gastroschisis and choanal atresia to the relative concentrations of atrazine and other pesticides in drinking water at the time of conception.

EPA's proposal would increase the Concentration Equivalent Level of Concern (CELOC), a limit to protect aquatic organisms, by 50%. The new EPA position reverses its 2016 assessment based on a finding that levels of concern for chronic risk are exceeded by as much as 22, 198, and 62 times for birds, mammals, and fish, respectively.

The agency's pyrethroid proposal follows a request from an industry working group to reduce safeguards such as a permanent 66-foot vegetation buffer between fields and water bodies. EPA's announcement proposes the reapproval of five out the 23 pyrethroids; proposals regarding the rest are already pending approval. EPA is accepting public comments on the proposal until January 13, 2020. 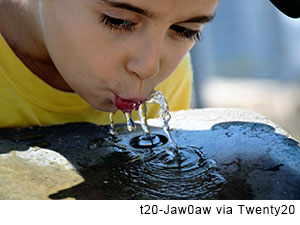 Pyrethroids are a common class of neurotoxic insecticides that have been repeatedly linked by peer-reviewed studies to neurological problems including learning disabilities in children. They are also extremely damaging to non-target invertebrates, according to EPA's own analysis. Despite this, EPA recently undermined protections for children from these chemicals and now embraces industry proposals to further remove other safety barriers to human health and the environment. This August, EPA stripped away protections that limit children's exposure to pyrethroids, lowering the safety factor (accepted exposure rates) from 3x to 1x that of adults – ignoring the fact that children are more susceptible to the impacts of toxic pesticides. In reviewing the epidemiological literature on the health impact of this chemical class, EPA looked at hundreds of peer-reviewed studies, but only incorporated two into its determination. The vast majority of studies reviewed by EPA were considered low quality by the agency's subjective criteria, and effectively ignored.

Instead, the agency prioritized methodology put forth by an industry group that estimated pyrethroids to be metabolized by children at the same rate as adults. Children are more vulnerable to toxic chemical exposure than adults, given that they take in more chemical relative to body weight, and have organs systems whose development is disrupted.