Moms Across America
June 2020 UPDATE: Link to PDF neighborhood petition ( door to door) hardcopy or copy and paste version.
Use this petition for your town or city! 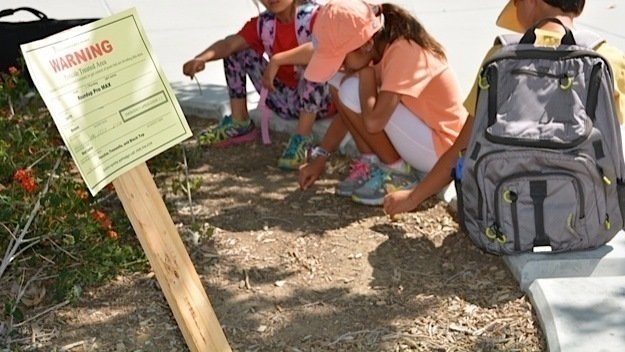 Did you know Irvine just stopped the spraying of pesticides in its entire city? Did you know that Mission Viejo's parks, athletic fields, sidewalks, trails and greenbelts are frequently sprayed with toxic pesticides? These pesticides have been shown to lower IQ, cause cancer, damage developing reproductive organs and cause other significant harm.

In March of 2015, the World Health Organization declared that glyphosate, the active ingredient in RoundUp, probably causes cancer in humans. Despite this grave warning, the City of Mission Viejo continues to spray RoundUp in the places where our children play sports such as soccer and baseball, roll in the grass, and do all the other things kids like to do.

The American Academy of Pediatrics says that there is no safe level of pesticide exposure for children. Pesticides are toxic chemicals - poisons created to kill. They are dangerous for all living things, including adults and pregnant women, and are particularly dangerous for a child’s developing organ systems.

Why are our children being subjected to these risks? For cosmetic landscaping purposes, i.e. to kill weeds. Dandelions do not pose a risk to children, but 2,4-Dichlorophenoxyacetic acid does. 2,4-D is one of the key ingredients in Agent Orange, and is another one of many pesticides frequently used for cosmetic landscaping in Irvine. This includes the sports fields, parks, and common areas where children play. This needs to stop.

You and your family can still be affected if chemicals are not sprayed on your street. Pesticides have been shown to drift for miles and persist in indoor carpet fibers for a year after they are tracked inside. The U.S. Geological Survey found that, “After they are applied, many pesticides volatilize into the lower atmosphere, a process that can continue for days, weeks, or months after the application, depending on the compound. In addition, pesticides can become airborne attached to wind-blown dust.”

In clay soils like ours, the half-life of glyphosate can be as long as 22 years.

Also alarming, the interactions between the many chemicals being sprayed near our homes and in our parks are unknown. According to David Bellinger, professor of neurology at Harvard Medical School, “Impacts from multiple chemicals may simply add up, amplify one another's effects.”

By allowing children to be exposed to toxins or chemicals of unknown toxicity, we are unwittingly using our children in a massive experiment.

This issue affects every person and pet in Mission Viejo. We are asking Mission Viejo's City Council and School Board to immediately stop the use of all toxic pesticides and switch to proven organic methods that are cost comparable and require 30% less water.

Harvard University has successfully switched to a non-toxic landscaping alternative. Cities across the U.S. are banning the use of toxic pesticides, and we would like to see Mission Viejo and all of Orange County join Irvine in this important endeavor.

Please sign this petition to tell the leaders of these organizations that you want them to stop using toxic pesticides at our parks, schools and public spaces and implement only organic practices.

For more information on glyphosate, please visit our website – www.momsacrossamerica.org

Natalie & Zen and many other concerned citizens

UPDATE: In August of 2018, school pesticide applicator Dwayne "Lee" Johnson, who is dying of Non-Hodgkin's Lymphoma, was awarded 289.2 million dollars from Monsanto by a California Supreme Court jury. Monsanto was found guilty of acting with "malice and oppression," meaning they knew their glyphosate products could cause cancer and the company executives suppressed the information. As of September 2018, over 8,000 more Roundup users are filing lawsuits against Monsanto.