Our Family's Quest for True Health - Moms Across America

Our Family's Quest for True Health 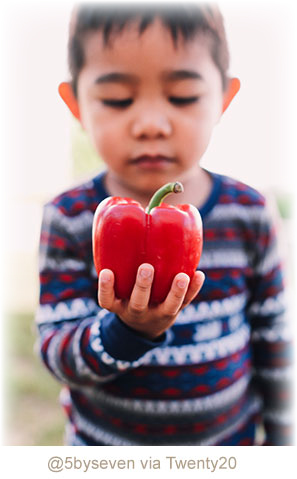 Our family’s health crises over the years spurred us to look outside the box. We listened to many voices and finally found the one, true basic answer: Food is our best medicine.

Jill is the author of four books and grandmother to seven grandchildren. She's active here at Renewable Farming, where our three-generation mission is encouraging farmers to raise health-giving food and keep their own families healthy.

All my life I’ve searched for good food…really good food.

I grew up in suburban Washington, D.C. where my father was a USDA veterinarian. In the war years food was rationed and my mother, a great cook by any standards, was sometimes reduced to spam and oatmeal. We went the standard doctoring route: the first line of defense against illness was rest and medicine. No special diets. Toxic overload wasn’t mentioned. We had our own vegetables and chickens, but never thought of them as medicine.

The answer to all of our illnesses: find out where you hurt, swallow a drug store remedy, use mercurochrome for cuts, perhaps call a doctor. Drink fluids. Go to bed. If nothing resolves, go the round of specialists.

And make sure your little feet don’t get pinched in outdated shoes. Check them with your shoe store’s fluoroscope.
All seemed well until 1948, when my mother signed me up for school-based fluoride treatments. I still have the permission form. We perched at our desks every Saturday morning for three weeks and got our teeth painted. I awakened many mornings thinking I was chewing on rubber and glass. That summer I felt so bad I just quit eating.

Over time my body adjusted to this toxic surprise. But I never had enough energy and fortunately my mother was sold on sleep (we were the only grade school children who went to bed at 7:30).

High school, college, marriage....two children. Then, it happened again.  I got a whopping big silver amalgam (50% mercury) planted in my mouth and it was topped with a very expensive gold crown — $5,000 in today’s money.  The metal combo acted as a small battery releasing its toxic mercury — especially activated in high electromagnetic fields.

The combo acted swiftly. Suddenly I had symptoms I couldn’t pinpoint. They never fit into a box — and even if I thought I had the right box, I couldn’t find the lid. Some days I just lay on the floor while my children played around me…I slept a lot and wondered why. Jerry was supportive and sympathetic but had no idea what to do. Then came the third child plus a move from Philadelphia to Iowa in the dead of winter (ever had your pilot taxi on the runway for five hours waiting for a gate?). In this stressful soup we were all sick, and illnesses  responded to nothing.

That’s when the family next door came to our rescue.  “What are you eating?” said the man of the house when he heard our story of sickness. I bumbled my answer while he rubbed his chin. He fixed me with his piercing gaze and said, “If you want to get well, don’t eat anything that comes out of a can, a box or a bag.” My kitchen was full of boxes, bags and cans. I moved a few inches to cover the sugar-coated cereal on the table.

Several weeks later a friend handed me 12 back issues of Prevention magazine. I remembered the cupboards and dove into action. The older kids knew something was up as I stormed through the kitchen. They scowled near the back door an hour later when I returned from the grocery store with a load of green, yellow and purple food. We were on our way.

Our neighbor’s family used homeopathy and shared their knowledge and their remedies. Yes, they helped. The ones for injury gave dramatic results. Even the dog and cat and one goldfish were healed. But I still had the same problem: toxic overload.

I just kept plodding along. And then we moved to the country. It wasn’t the tonic of fresh air and wide open spaces that I’d hoped for. Allergies drove me into the air conditioned house while the kids played outside and baled hay. Toxic overload.

Besides the job in town, we farmed a few acres — the conventional way: herbicides, pesticides — not a lot — we never were big on chemicals, but enough to keep me counting my symptoms.

We joined a whole-foods co-op a couple of years later, and now it was time for all-out assault on our diet. Greens, whole grains, pure meats — no sugar, no white flour, no nothin’. In that co-op I found Henry Bieler’s Food is Your Best Medicine and refer to it again and again. It was revolutionary — and it helped, but that toxic overload still had me in its grip. And the children weren’t that much better. Only Jerry had the energy to do a dozen things at once.

Finally, a shaft of light. A specialist who could help. He was, of all things — a dentist. I had to drive 100 miles to see him, but he identified two problems: ischemic osteonecrosis of the jaw (the result of a dry socket) and mercury overload. He removed the poisons. I worked on the underlying candida problem resulting from his penicillin injections — and slowly I got better.

The GMO Revolution: New toxins were about to swamp us. The first GMO foods came on the market in 1994 and row crop seeds weren’t far behind. Glyphosate. Fungicides. Pesticides. In the beginning those engineered crops and their EPA-approved weed killers didn’t look so bad. I even did a story about their benign aspects. But it wasn’t long before we began to see symptoms of accumulating damage.

Jerry started the WakeUP business in 2008 and worked with dozens of farmers, pathologists, and chemists to study the compounding problems. Year after year the toxic buildup continued: glyphosate in the soil, glyphosate in the water — and glyphosate on those non-GMO grains and edible beans burned down before harvest.

The biggest threats to humans came quickly: Vulnerable immune systems. Disrupted gut biomes spawning an epidemic of digestive disorders and obesity. In my high school of 3,000 in 1955 there were three overweight students — one in a thousand. Now the ratio in that same school is one in six.

Cancer: Then came the diagnosis no one wants: Cancer. First for Jerry, then for me. Especially virulent cancer. We prayed about skipping the standard oncology path and chose a new kind of radiation seeding for Jerry — not toxin free, but better than the standard. And for me, surgery plus detoxification of my entire body.

I immersed myself in the Gerson therapy for three years. and found more than a dozen health-giving responses. I won’t name all of them here, but my hairdresser was sure my double-thick hair was the result of a secret shampoo and what was it?

In 2016, Jerry joined me in the Gerson therapy upon getting a second cancer diagnosis — advanced bone cancer. He avoided the medical urging for chemo and intense radiation. Four years later, we keep much of the same diet routine. 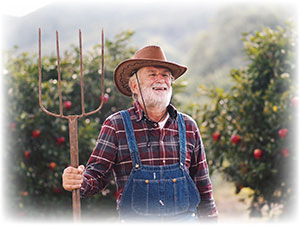 The husbandman: I’ve come in the back door with this story. But what farmer doesn’t welcome the warm visit at the back door, the chat in the kitchen where the coffee pot is always on. I’d ask you all about yourself and your dreams and then I’d tell you why I came — it is to urge you to understand how precious you are. Your job is the front line of health defense. You are that husbandman described in the Bible. Tend your soil as you’d tend a sick child. Bring it into the family. Think with loving hearts of your grandchildren.

We asked our grandson Blake to plant watermelons when he was 12. I watched him out the side window. First, he’d dig a hole, then carefully select a few seeds. As he knelt to cover them he’d tenderly pat the mound of soil for each hill. Now, 10 years later, he has his own business, Deep Root Acres. He and his soil are partners as he treats all of his crops with that same respect and wisdom.

We know many farmers who do the same. We are so very pleased with what our health-focused farmer clients are doing! Tell us, tell others. Write your stories for us. Give us good food. Please. For our grandchildren. For yours.

Resources for your in-depth reference  By Jerry Carlson

If you’re interested in alternative health therapies, and want to know how to avoid environmental poisons, we know you’ll look them up yourself. We cannot endorse any medical practice, just the lifelong ability to keep asking questions.

The Food Revolution Network. Ocean Roberts takes the lead on organizing webinars for farmers and consumers, showing the pathways to healthier food.