Launched by Moms Across America

April 22, 2016- On Earth Day, running through Mother’s Day, Moms Across America launched a national billboard campaign to promote the benefits of organic. 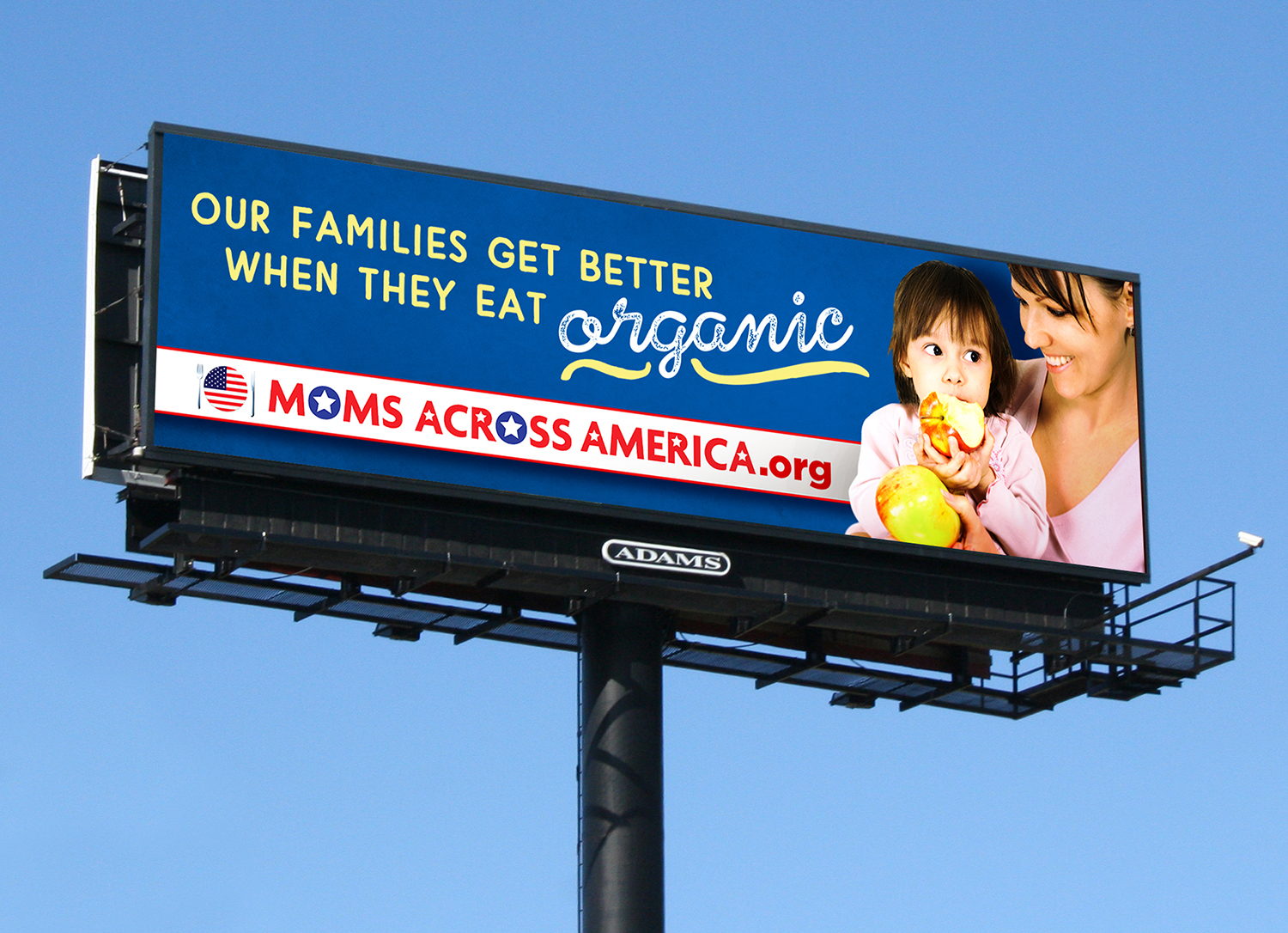 The billboards are now appearing in 191 locations in 35 cities/13 states nationwide from Earth Day through Mother’s Day 2016.*

Thanks to many supporters and the reach of Adams and Fairway Outdoor Advertising, Moms Across America is able to reach millions a day with a message that could alter the health of America.

Moms Across America director Zen Honeycutt stated, “1 out of 2 children in America have a chronic illness.“Our families get better when they eat organic” is a health solution not only for consumers, but for our earth. Studies show organic improves the health of farmers, the quality of the soil, water, plants and reduces climate change as well.”

She continued, “Our intention is to reach millions of American consumers and our policy makers.  We targeted the capitals of the home states of the Senate Ag and HELP Committed members, who make the decisions about whether to subsidize organic or label GMOs. We want them to support health, safety and honest labeling.”

Since the inception of Moms Across America 3 years ago, Honeycutt and her organization have received hundreds of testimonials from their supporters sharing how grateful they are that they learned about GMOs and related pesticides, describing the health improvements in detail.

Moms Across America recognizes that not every child reacts in this way to GMO food, “It’s sort of like smoking, some have ill health effects, some do not. The difference is that smoking is a choice, eating is not.” Honeycutt points out that all American’s no matter what their income level, location or socio economic background is, should have access to organic food. Access is a problem, we need more organic farmers. Also, many people are not aware however that organic food has many health benefits, for instance, studies show organic food contains far less pesticides, is not genetically engineered (meaning foreign proteins) and has a higher nutritional content. Eating organic reduces toxic burden on the body, which unquestionably benefits health.

The billboards were timed to post the week of the National Organic Standards Board meeting being held in Washington DC April 24-27th, and through Earth Day to Mother’s Day.  Honeycutt spoke in the preliminary NOSB webinar this week, addressing the widespread contamination of organic by chemicals like glyphosate in Roundup and asked the NOSB to take action to protect organic farmer’s profit. She requested that the NOSB regulate, file lawsuits and work in conjunction with other organic standards group to hold the parties contaminating organic responsible.

“Our country is in a health crisis and we need to share solutions.We understand that many may question whether it is organic food which leads to health improvements or if there are other factors involved. I understand the skepticism. No one wants to pay more money for something without good reason, including myself. My response is to try it yourself. As much as you can afford, buy organic, in bulk and as local as much as possible for 2 weeks and cook at home. Note how you feel, many report tremendous health improvements.”

*The billboards are posted for 30 days at: