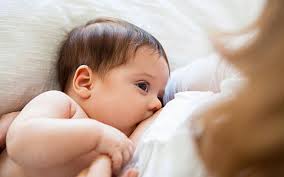 Moms Across America urges mothers to breast feed their babies. It is the number one opportunity for the necessary nutrition, good bacteria and bonding an infant can receive. We also urge pregnant mother and breast feeding mothers to eat as much organic as possible and avoid GMOs and toxic pesticides.

Zoe Swartz, Moms Across America East Coast leader, GMO Free Lancaster County Executive Director and coordinator of the testing, reported that 6 out of 12 ate organic.  Jen, the mother whose levels were 91 ppb, did not eat organic. Jen worked on a farm and sprayed Roundup/glyphosate on her farm while she was pregnant, thinking it was safe. Her 4 month old infant has neuroblastoma cancer. This is especially concerning considering that the World Health Organization has deemed glyphosate a Class 2 "probable carcinogen". Of course we cannot know if glyphosate is connected to Jen's infant's cancer, but we are extremely concerned. Scientists who have just learned of this information have commented that is is very likely that glyphosate could have caused this infant's neuroblastoma. This is heart breaking.

It is important to note that the other 11 mothers who tested negative at levels above 75 ppb, may have glyphosate in their breast milk. Testing of tap water found levels of glyphosate at .33 ppb and in urine, as high as 20 ppb. Glyphosate has been found in 70-100% of samples of soil, water and air. Glyphosate levels are allowed by the EPA on 160 of our food; 5 ppm is allowed on potatoes, 13 ppm on corn, 25 ppm on sugar and  40 ppm in oils. The method used for testing commissioned by GMO Free Lancaster County in PA could not detect below 75 ppb and further testing is being coordinated to get a more accurate reading of the contamination of glyphosate in the American people.

Glyphosate is the active chemical ingredient in Roundup and 750 other herbicide products around the world. It is the most widely used herbicide in the world, used on gardens, sidewalks, streets, school yards and sprayed directly on GMO food during the growing season as aweedkiller and non GMO food as a drying agent. Glyphosate levels as small as .1ppb have been shown to destroy gut bacteria and .10 ppt to increase the growth of breast cancer cells. Glyphosate has been linked, by independent scientists, to numerous illnesses including non Hodgkin's Lymphoma, autism, Parkinson's, endocrine disruption, and has been shown to cause placental cell death. Glyphosate, once thought safe, is proving to be one of the most, if not the most, insidious and toxic chemicals mankind has ever produced.

Glyphosate has also been shown to kill white shrimp, which are the size of a six week old fetus, at levels above 5.2ppm.

25 ppm is allowed on sugar by the EPA, one of the most commonly consumed ingredients in America. We currently have the highest rate of infertility and birth defects in recorded history and still born deaths are on the rise. The possible correlation is terrifying. Mothers are outraged that nothing is being done to take precaution. Fathers are also speaking up.

Dr. Don Huber, when speaking of the chelating effects of glyphosate says "Glyphosate chelates, or makes unavailable,  the vital nutrients of any living thing. It weakens the plant's immune system. It essentially gives the plant AIDS."

How can our babies grow and develope properly and protect themselves from cancer or chronic illness when they are being exposed to this chemical?

Monsanto, the primary producer of glyphosate, claimed that their chemicals; PCB's, DDT and Agent Orange were safe. They now also claim that breast milk is "glyphosate free" despite Moms Across America, Sustainable Pulse and German breast milk findings, and that glyphosate is safe when used correctly. They will challenge these findings. We agree, the newest findings, done in the best possible method available to PA citizens at the time, do need third party verification to be taken seriously by the scientific community. We wonder WHY hasn't our EPA done this? Why is the safety of the world's most widely used herbicide being argued about by a group of moms and a chemical company? Where are our regulators and elected leaders?

To mothers who want to protect their children, no further testing is necessary. If glyphosate is sprayed on non organic food, and any studies at all show harm from glyphosate, we chose to exercise precaution and avoid  glyphosate by eating organic regardless of the specific levels of findings in breast milk. There should not be any amount of glyphosate in our bodies or on our food, ever.

We particularly urge women who are planning to become pregnant, pregnant mothers and mothers who are breast feeding to eat as much organic food as possible. The good news is that studies have shown that 90% of pesticides leave the body in 1 week, and 100% in 2 weeks. All studies referred to in this article can be found under DATA on our website. www.momsacrossamerica.com.

The lab report will be available when names can be omitted for privacy. Links to this blog will be added as soon as possible.

The lab who conducted the testing was Microbe Inotech and the same methods were used as the Moms Across America tests conducted in 2014.

We hope you will urge the women you know to find out more about GMOs and glyphosate. Thank you!