My impressions of the "Monsanto Trial of the Century" opening statements in the case of Monsanto vs a school groundskeeper dying of cancer, (yesterday in SF) are: 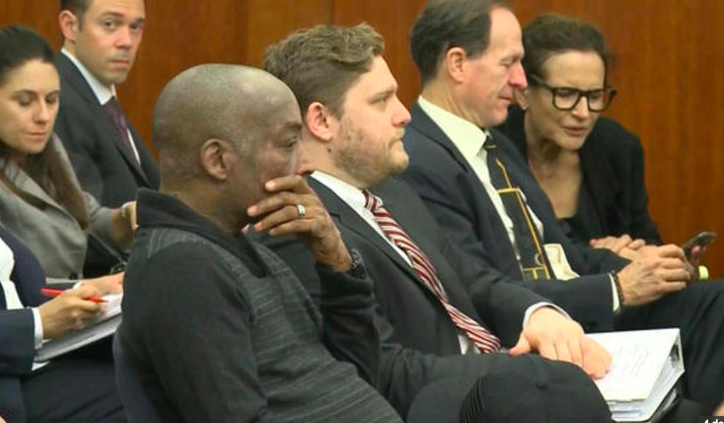 It was a memorable day of high drama, mixed with hard times of having to sit still in absolute quiet (not easy for me). The room was filled with journalists and reporters, expert scientific and medical witnesses listening to every word, curious attorneys there to observe, the supportive and loving family of the cancer victim, and Robert F. Kennedy, Jr. with the Baum, Hedlund and Associates law firm, filling the front row. There were 5 Monsanto attorneys at the right, front tables.

Sweetly, there was a handsome teenager in the row behind the front row, who looked to be RFK, Jr’s son, with the gorgeous Kennedy head of hair, and Kennedy promise and heart. I believe that he may carry on the Kennedy legacy.

There was a wall of cameras, which met us in the hall, as no filming was allowed in the courtroom, and the Court TV costs $500 to watch(!).

After getting up at 4 a.m. to drive to SF, with Kat Furey and Rouhi Akbari thru thick traffic, it was hard for me to sit from 9:30 to 4. We had 2 5-minute breaks and 1½ hours for a wonderful GF SF lunch at Sweet Maple. I am so glad that I was able to go to this "Trial of the Century."

I felt sorry for the jury who must endure many many days of high drama and grinding boredom, sitting and listening stolidly. True heroes.

The defense lawyer for Monsanto corporation was George Lombardi.

There was an emotional tone to George’s presentation, which was bizarre and disturbing, considering it was Monsanto.

George stood back a bit from the jury, and used light hand motions, mostly with a soft expression, as Mr. Rogers would have done. Mr. Roger’s clone. 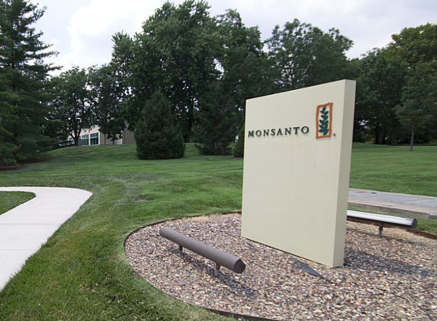 I don’t remember if George used the word glyphosate or Roundup... I know they used the word "herbicides" and George opened up with a euphoric statement about how Roundup was made for soil conservation and how Roundup  saves farmers from damaging soil tilling and essentially George (Mr. Rogers) Lombardi painted a picture of love and goodness of  how Roundup and herbicides will save the precious soils from erosion.

Brent Wisner was the lawyer for the dying cancer victim, Mr. Johnson, whose supportive family lined the back wall of the courtroom. Brent had kicked off his opening statements by saying that this trial is about providing choice where risks are involved, and about how the failure by Monsanto to warn of cancer, was making them responsible for the consequences to cancer victims.

Mr. Wisner explained at length how thorough and credible the IARC (Intl Research on Cancer) glyphosate cancer studies are. Brent was folksy and approachable, with a "Gee Whiz country boy style," and he broke down most of the terminology so it was simple and understandable, in what will be a trial about the hiding of scientific evidence.

Mr. Wisner began by displaying (on the large screens in front of the jury) damning emails which had been sent back and forth from Dr. Donna Farmer to her other Monsanto scientist co-workers. The emails pondered how to handle a scientist who had uncovered skin tumors from glyphosate in 40% of glyphosate exposed rats and 0% of unexposed rats.

Mr. Lombardi defended Dr. Donna Farmer by displaying one of her sentences and trying to make it sound innocuous. The emails actually spoke of attempting to change the scientist's assessment of the study, and of looking for and getting a second scientist who might be more amenable to the Monsanto version of the rat study and skin tumors.

George Lombardi pulled out a sentence from Dr. Donna Farmer’s email, and put it up in the screen, picking it apart, to make it sound like she was just doing her job in a harmless way, and not that she was bullying scientists and covering up scientific evidence of tumors. 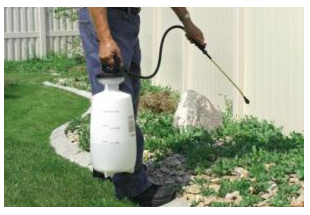 The tiny African-American school groundskeeper Mr. Johnson, sat at the table nearest the jury on the left, as George Lombardi stood in front of him and the jury, and laid out Monsanto’s opening statements.

Mr. Johnson was between chemo treatments and sat resolutely at the table, his body covered 80% with the lesions of Non-Hodgkins lymphoma..

It made my stomach turn.

"There was not one African American on the jury.

I trust in a San Francisco jury to do the right thing in this outrageous poisoning of a hardworking family man and husband just there to do his job.

The fact that his job meant spreading poison where children play weighed heavily on Mr. Johnson, and when I spoke with him I acknowledged him for his courage in standing up and defending our children and school staff.

I wished him blessings.

"He is an amazing man to have lived long enough to tell his story to the jury.”

Excerpt from the personal account of the trial by Jessica Denning, retired science teacher and mother.

Not one expert witness for the Monsanto defense will appear before the jury in person, just endless videoed depositions. One video is 16 hours long, Brent Wisner warned the jury, and endlessly boring he apologized. Brent will present snippets to the jury. 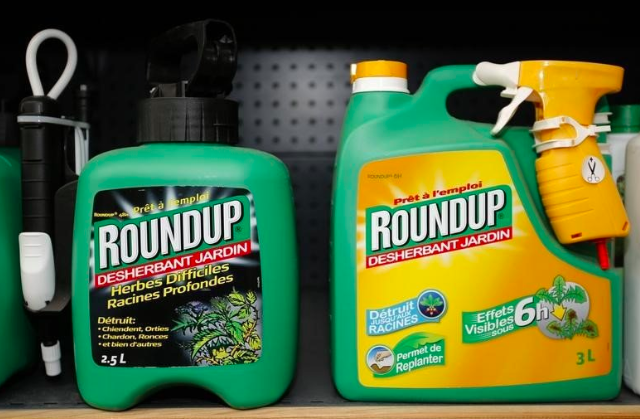 Mr. Wisner told of how Mr. Johnson contacted Monsanto, when the first Non-Hodgkins lymphoma lesion appeared on his knee, and asked if Roundup could be causing this, and how Monsanto never warned him of this fact, which they knew. So he continued using Roundup one more year. He contacted them multiple times and they never answered that question for him.

Mr. Lombardi adamantly insisted that EVERY ingredient of Roundup was tested by the EPA to be safe. Mr. Wisner called for a private sidebar with the judge and Mr. Lombardi after the statements about the EPA.

George kept waving his hand and saying loudly and proclaiming that there is OVERWHELMING evidence of safety from years and hundreds of scientists. He used HUGE to describe the evidence of Roundup safety.

Of course, the Roundup mixture (final formulation) has NEVER been proven safe*.

Brent Wisner used a brilliant analogy to explain what "synergy" means when the ingredients are mixed together.

* The EPA policy is to only require long-term safety studies on ONE declared "active" chemical ingredient (they are all active), not the final formulation. The National Toxicology Program and independent studies have shown that the other ingredients are far more, in fact, 1000X more toxic than glyphosate alone.

It is important to note that Mr. Johnson wore full protective gear, and even when water did not penetrate the gear, Roundup did.

You can do something about the exposure to Roundup by asking Home Depot and Lowes to stop selling Roundup.