Moms to Speak at EPA Hearing on Glyphosate - Moms Across America

Moms to Speak at EPA Hearing on Glyphosate

Moms Across America and Virginians for Medical Freedom mothers will attend The Federal Insecticide, Fungicide, and Rodenticide Act Scientific Advisory Panel (SAP) which will meet December 13-16, 2016. The panel will consider and review a set of scientific issues being evaluated by the Environmental Protection Agency (EPA) regarding EPA's evaluation of the carcinogenic potential of the herbicide glyphosate.  Glyphosate is the declared active chemical ingredient in Roundup and 700 other glyphosate based herbicides, the most widely used herbicide in the world.

All three mothers are speaking at the public comment portion Thursday morning and available all week for interview. 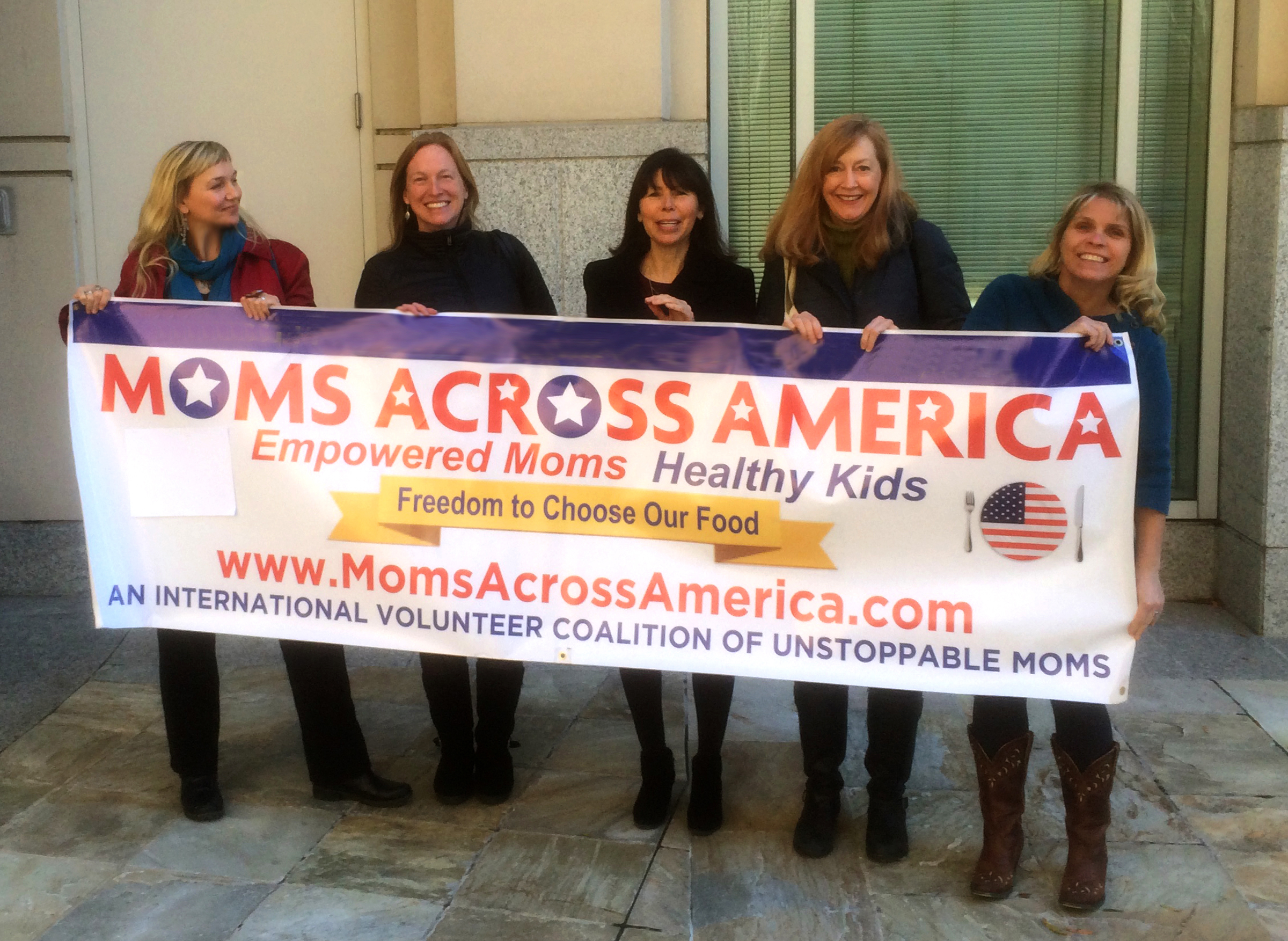 "Considering our current cancer rates in America, it is absurd that we are even discussing the fact that the EPA allows a probable carcinogen to be sprayed on our food. Everyone in America now loves or knows someone who has or had cancer. The EPA should be doing everything it possibly can to protect the people of our nation, not the corporations." said Zen Honeycutt Founder of Moms Across America.

Moms Across America initiated the first citizen funded glyphosate testing in Dec of 2013 and found widespread contamination of glyphosate in tap water, children's urine and breast milk. Subsequently, various groups and studies have detected glyphosate in honey, breakfast foods, milk, eggs, bread, snack, beer and wine. The levels of glyphosate which have been found have been well below the allowable levels set by the EPA, but far above independent studies showing harm from glyphosate. Some examples are stimulating the growth of breast cancer cells or increasing non Hodgkin's Lymphoma. Sri Lanka has banned glyphosate based herbicides based on scientific links to liver and kidney disease which has killed 20,000 people in an area of high glyphosate herbicide use.

"As a mother and a holistic nutrition educator, I am appalled that the EPA, whose sole mission is to protect human health and the environment, is even having this debate about life-destroying glyphosate. When my family and clients stop eating food that is created and grown with toxic herbicides, their health improves. I want glyphosate-based herbicides banned and chemical farming to stop. We must change to regenerative farming. Our lives depend on it. As President Franklin Roosevelt once stated, “A nation that destroys its soil, destroys itself.” - Kathy Blum, Health Practitioner

“I suffered from menstrual cramps for 30 plus years and after learning about cotton being sprayed with glyphosate; I switched to organic and my cramps disappeared instantly and they haven't returned for 2 years!” - Happel Kolakoski with Moms Across America

Deborah Hommer of Virginian's for Medical Freedom joins the mothers, concerned about initial screenings detecting the presence of glyphosate in childhood vaccines. The concern is that the FDA has not responded to the inquiry from Moms Across America whether they will conduct more specific testing and determine the level of contamination of weedkiller in childhood vaccines. GMO grains sprayed with glyphosate are fed to animals like cows and pigs, whose tendons are used to make gelatin. Gelatin is used to grow vaccines and is likely the reason for glyphosate's detection in childhood vaccines. Vaccines also contain several ingredients which are likely GMO such as soy, dairy, and sugars. The number one or two killer of children in America today is cancer. Injecting a probable carcinogen into our infants is of huge concerns to mothers across the nation and around the world.

The groups are calling for the FIFRA panel and the EPA to deny the renewal of the license of glyphosate which is currently under assessment. They also demand the EPA alter their policy to require safety studies for the final formulation of all chemical products. In the case of Roundup, this would include the other formulants in the product which have been found to be a thousand times more toxic by Seralini's Team in France.

"Our grave concern is that if glyphosate is present in water, breast milk, food and vaccines as initial screening has indicated, then these other chemicals, which are 1,000 times more toxic, are also present. The impact of the untested combination of these chemicals could be the major contributing factor to the skyrocketing levels of childhood disease, cancer, diabetes and infertility in America today. The good news is that if the EPA acknowledges this possibility, they can do something about it and reverse this health crisis." - Zen Honeycutt, founder of Moms Across America.