A Report on the Food Safety and Sustainable Agriculture Forum 2014 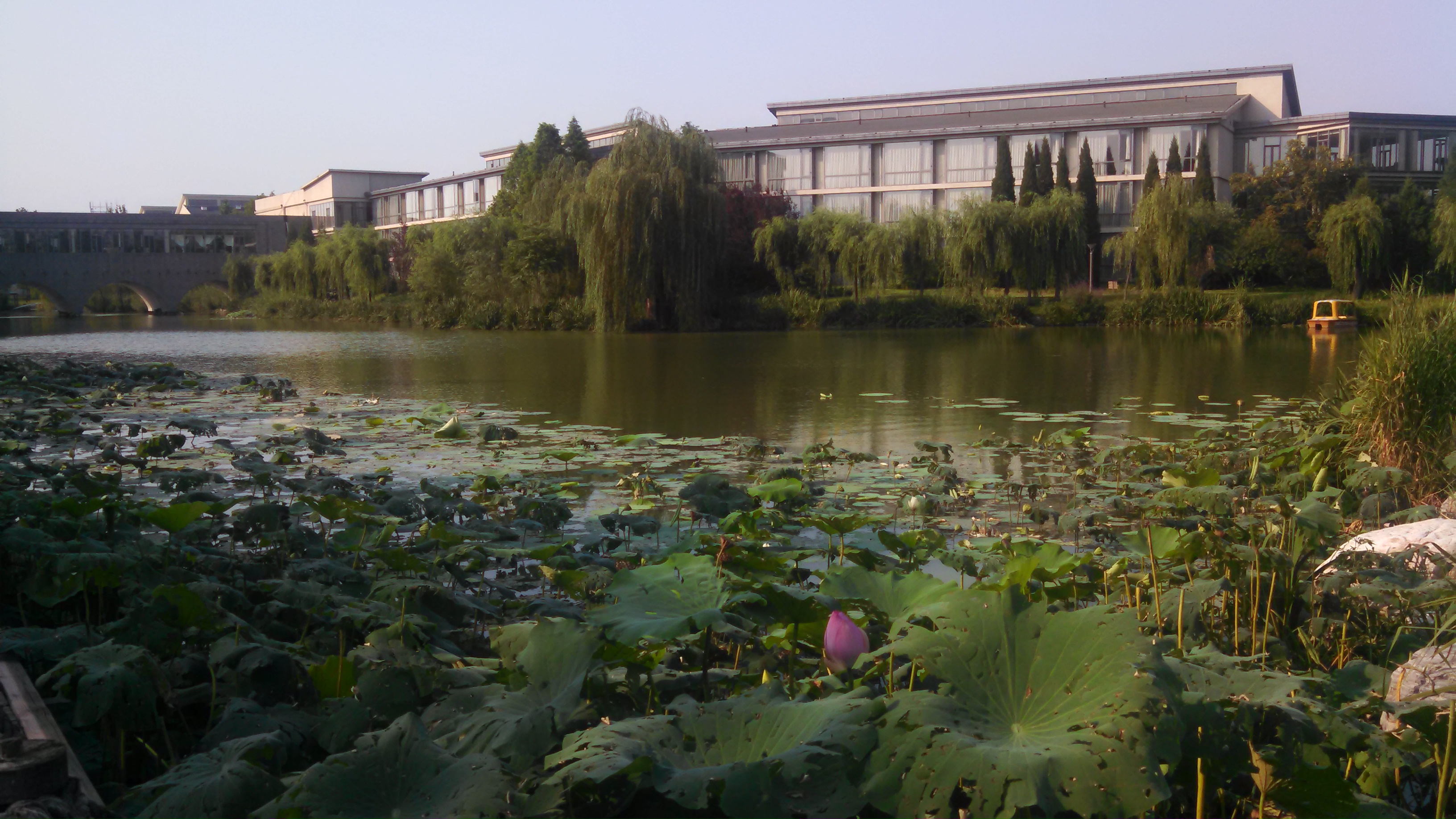 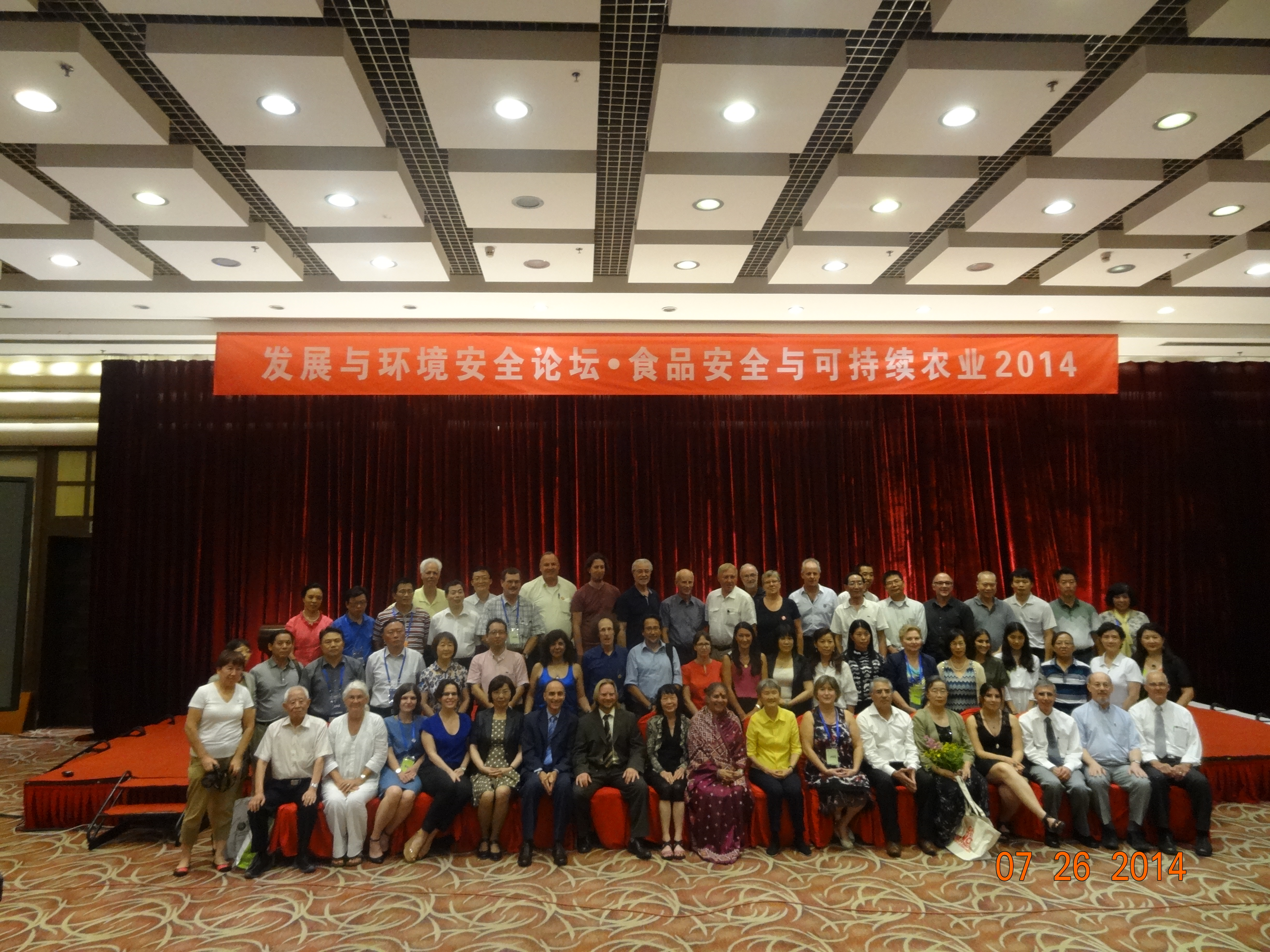 China buys 50% of the GMOs in the world. They are also the world’s largest producers of glyphosate, which GMOs are engineered to withstand.

China has been told by chemical companies that “American mothers have been feeding their children GMO food for nearly 20 years with no ill health effects.”

However, both GMOs and glyphosate have recently been linked to numerous, horrendous birth defects and skyrocketing illness.

July 25-26th 30 international experts gathered in Beijing, China, to an audience of 400 Chinese people interested in the future of China’s food safety and sustainable agriculture. I was deeply honored to attend and speak for many reasons.

1. I am not a farmer or scientist. To be included to speak before such an influential country with such esteemed scientists and farmers too numerous to list in one sentence, was incredible.  This was made possible not only by the sponsor of the event, but by the supporters of MAA, you Moms and leaders who hosted events, posted, emailed and called on support of our cause, making Moms Across America a coalition that the world has quickly recognized as Unstoppable! THANK YOU!

2. As a half Chinese and half French American mother, I am very proud to be a part of an event coordinate by the country of my mother’s culture and grandfather’s homeland. China's influence in this cause is tremendous.

3. Being able to express the testimonials of the mothers I represent brings me to tears if I think about it.

Moms, as I spoke and shared your testimonials, I assure you, your struggles and triumphs were heard. What you are doing makes a difference not only for your child and family, but for the world.

Our stories need to be heard for the health and survival of the human race. Being able to share them to a captive audience with the power to do something about it, restores my faith in humanity. Thank you for making this possible.

Bob Streit said at the conference in China "There are two groups the chemical companies and Monsanto do not want to wake up, Mothers, and China. And here we are."

We can do this. We must do this, but most importantly the fact that we choose to do this, means that we are a species deserving of this precious earth. The fact that hundreds of courageous humans gathered to share, learn, plan actions and make a difference together, and that thousands, maybe millions more are working together, makes me proud to raise my sons on this planet.

Many times I am not proud. The information I learned and shared had me confused and ashamed of the actions of human beings. It is baffling that:

Chemical companies that make the poison pesticides which are sprayed on GMO food and as a drying agent on non GMO foods (except organic) are claiming that we must have GMOs to “feed the hungry” yet they completely ignore that we make more food than we need and waste 40% of the food we do eat.  Summarized from  Hans Herren, Switzerland

Nicholas DeFarge of France, Seralini’s Team reported that the only study on Roundup (not just glyphosate)  in the world showed that the adjuvents ( other chemicals) in Roundup make glyphosate 1000 x MORE toxic, resulting in 0.1ppb of glyphosate in the water fed to rats causing sex hormone changes and liver damage in rats.

Dr. Medardo Avila- Vazquez from Argentina shared that birth defects have tripled in just 9 years, from 1997-2008 in GMO/Glyphosate farming communities.  Currently 21-23% of women have miscarriages, whereas in non farming areas, such as cities, only 3% have miscarriages. Of the women who have miscarriages 9 out of 11 show a positive link to pesticides.  33% of deaths are due to cancer with increased rates in mothers and children by fields. There has been a 258% increase of stomach and pancreatic cancer since GMOs/Glyphosate has been sprayed on their local farms.

And yet it is inspiring that:

Elena Sharoykina, Russia shared that Russia has BANNED GMOs. It is unlawful to even print propaganda about GMOS. Putin has made it clear that Russia “will protect it’s citizens from GMOs.” 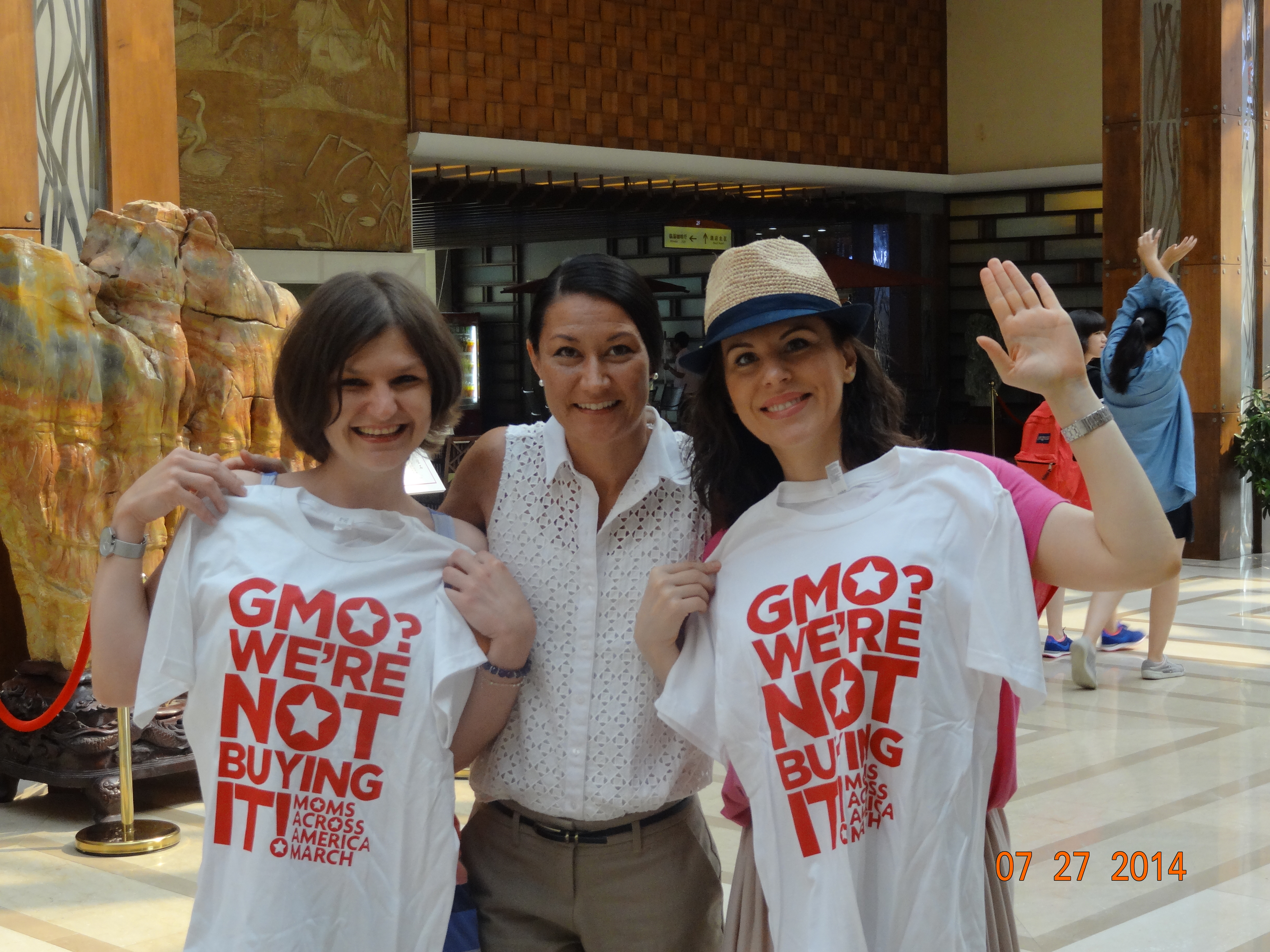 Elena on the right and Nadja ( translator) on left from Russia

Henry Rowlands UK, shared the expansive plans the Global GMO Free Coalition has to connect and support organizations around the world. We ARE all working together and we ARE unstoppable!

Gottfried Glockner, from Germany, a cow farmer stood his ground against Syngenta lawyers and maintained his integrity by not selling out to their bribes. He remained imprisoned for 18 months after he reported that his cows were harmed and died from BT Toxin GMO corn. He has since won his freedom and his farm back. 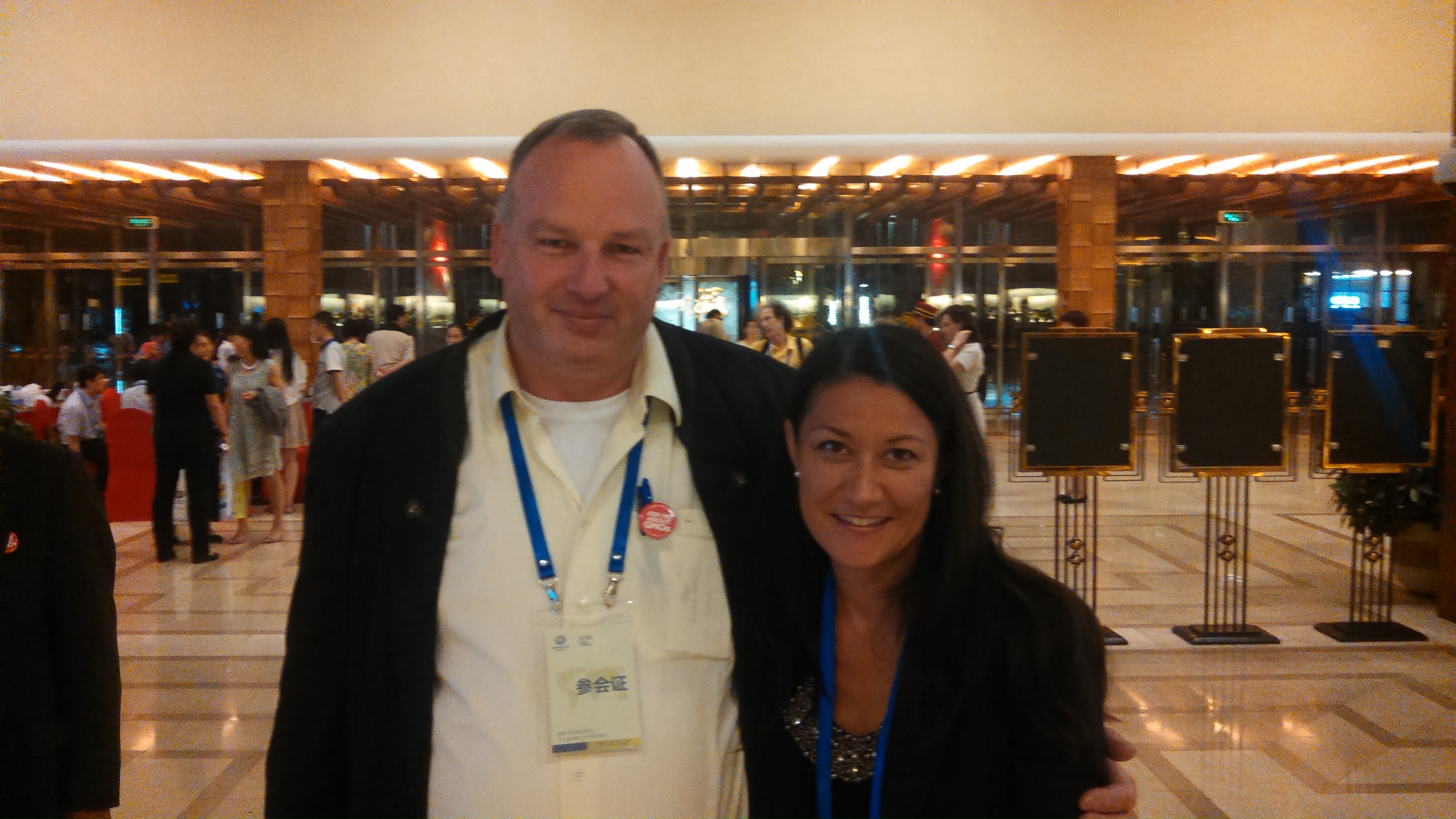 Gottfried was imprisoned for 18 months and continues to fight.

Monika Kruger from Germany  shared that charcoal, humeric acid and SUARKRAUT JUICE are being used to heal damaged stomachs of cows who ate glyphosate sprayed GMOs. So treat yourself to raw organic saurkraut with every lunch and dinner! see www.culturedfoodlife.com my favorite website for learning about the importance of cultured foods.

Maewan Ho from the UK explained that  the old science assumed that one could alter DNA  (like a replacing Lego) and have only linear changes, but  now we know that DNA and RNA communicates with cells, protein and genes in the body in a circular, holistic manner. Like living things on the earth, what is happening in our body affects everything around it.  This new perspective gives us new understanding of why GMOs and glyphosate have such an impact on various functions of the body and restores our faith in scientists who are working for the best of life on earth.

While we were at the conference, Ib Pedersen's and Monika Kruger's paper on the deformities of piglets whose mother's were fed GMO soy sprayed with Glyphosate, was released.

Here are two important links of Ib Pedersen discussing his work and his government's reaction.
For anyone ever interested in becoming pregnant, or your children being able to reproduce, this information is essential.

Pedersen on Pig Study: Part 1 of 2

Below are links to video interviews of just some of the extraordinary experts who spoke at the historic event:

Vandana Shiva on GMOs and Glyphosate and her call to action 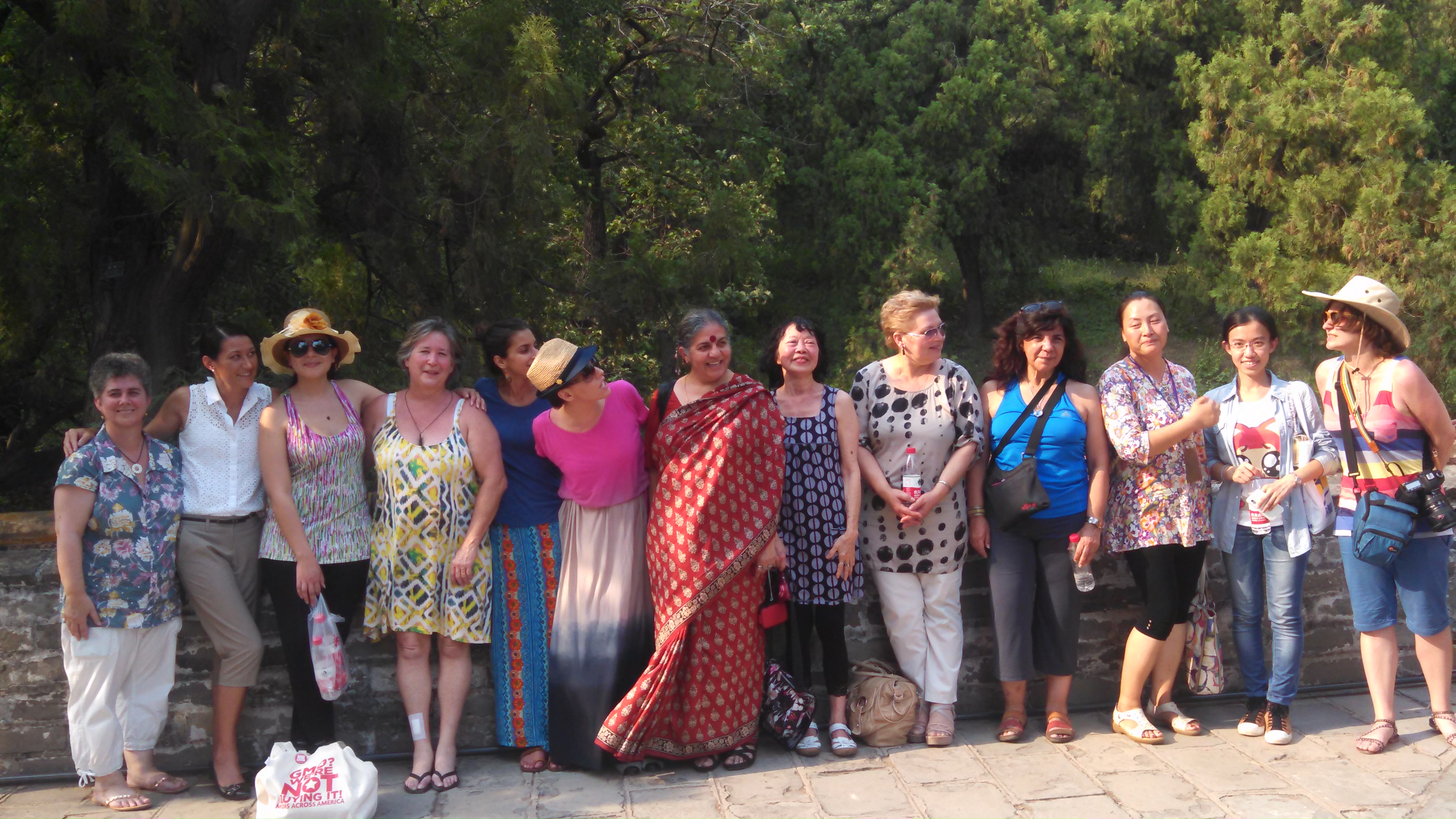 Women from around the World!: not shown Stephanie Seneff and Monika Krueger

Bob Streit, Farmer and Crop Specialist on the Impact of Glyphosate on Food Crops

Howard Vlieger, Farmer and Biological Crop Nutrition Advisor  on the Motivation Behind GMOs

Here is the amazing video from Vandana Shiva from the farmers in India made specifically for this conference:

The other attendees, which also shared astounding information, I just did not get the time to interview between our talks and events, were:

See the summary from the conference organizers here:
http://d3n8a8pro7vhmx.cloudfront.net/yesmaam/mailings/233/attachments/original/2014-07-30_Food_Safety_and_Sustable_Agriculture_Forum_2014_Beijing.pdf?1406842129posts and news on the conference here:

For our Spanish speaking friends, from Argentina:

From the Seattle Community Media- includes the links to videos:
http://seattlecommunitymedia.org/node/419535

As I left the conference, I felt a deep sadness to part from what I could only describe as an immediate sense of family. Yet I was filled with inspiration, joy and confidence for the future we are all creating.

I am completely confident that our efforts for health and freedom will prevail, that your efforts to share with your community about GMOs and Glyphosate (and all toxins) is exactly what we need to be doing and is exactly what will have us be successful. Moms are the voice of our communities because a mom’s motivation comes only for what is best for her family.
I ask you not only to continue, but to step it up.
Ask yourself, what else could I do?
What is something NEW that I can do to share about GMOs/Gyphosate and Organic food today?
Join us and host an event on www.momsacrossamerica.com!

Your support supports a world of health and freedom.
Thank you!
With Love and Gratitude,

Zen Honeycutt and the MAAM Team