Thanks to the heads up by Nancy Brown we received this wonderful news that many Minnesota schools are switching to Non GMO food! YES! 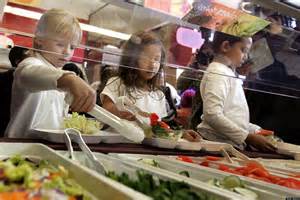 Schools in Hopkins, Minneapolis, Orono, Shakopee, and Westonka will celebrate GMO Awareness Day on November 5 by offering non-GMO menu options and communicating to students and families about GMOs.

Director-level staff at the five districts began meeting to discuss GMOs in April, 2014, and decided to hold a collective awareness-raising event to help engage their communities.

“We want to start conversations about the foods we serve and how our decision-making works,” says Laura Metzger, Director of Food and Nutrition Services at Westonka Public Schools.

“Our students will grow up to make their own decisions about the foods they eat, so this is an opportunity for education.”

GMOs, or “genetically modified organisms,” are plants or animals produced using a technology that merges DNA from different species to create new combinations of plant, animal, bacterial and viral genes that cannot occur in nature or in traditional crossbreeding.

Now that most corn, soy, canola, cotton, and sugar beet crops grown in the United States are genetically modified, it is estimated that up to 80 percent of processed foods in U.S. supermarkets contain GMOs.

Though there’s been little research on the human health impacts of GMO consumption, animal feeding studies have linked GMOs to cancer, allergies, infertility, and more.

“Many of us are already working to reduce food dyes and additives and bring in produce from local farms,” Weber says.

“Reducing GMOs is another way we can support kids’ long-term health.”

To implement reductions in GMO content, nutrition directors are communicating non-GMO preferences to vendors and distributors, switching to non-GMO cooking oils, and working to eliminate other risk ingredients.

“It’s been great to collaborate with other districts on this effort,” Metzger says.

“It’s allowed us to share ideas and make sure we’re not reinventing the wheel.”

The five districts serve a total of about 56,700 meals per day."

31 million GMO Meals are served each day to our children in public schools. Their health issues such as autism, asthma, allergies, obesity, diabetes, auto immune issues and mental health issues are skyrocketing. Moms are reporting that their children GET BETTER when they get off GMOs and related pesticides, so we see school eliminating GMOs as responsible, proactive step in the right direction.

THANK YOU to the courageous and committed mothers. parents, teachers, food service directors and principals who are leading the way. Thank you for disappearing the myth that schools must serve their children GMO food provided by the government or else lose out on support for under privileged children. It can be done and it is better for the, children, teachers, community and  local farmers.

TO FIND OUT HOW YOU CAN DO THIS GO TO www.momsacrossamerica.com/schools and www.teensturninggreen.org

If anyone is interested in the connection between school performance, attendance and behavior and the food they eat, please check out Life Time Acheivement ward winner, Dr.Barbara M. Stitt's book " Food and Behavior: The Natural Connection"

Also click here to view part I of  Anthony Samsel's interviews about Glyphosate (sprayed on GMOs in Roundup) and the connection to the impairment of the bodies ability to make Melatonin and Seratonin, which regulate depression, focus, mental illness and behavior.

Below is Part II

How glyphosate weakens the immune system according to Anthony Samsel  Part II is based on research with MIT Dr.Stephanie Seneff.

Unfortunately the agriculture industry is being convinced by the chemical industry that buying their products is more important than the heath of our children. Click here for article on how glyphosate use is expected to rise with the rise of GMO crops.

Moms Across the World and the International community are speaking up and we are saying NO to GMOs and Glyphosate with a letter to China, the world's largest purchaser of GMOs and largest producer and exporter of glyphosate.

Thank you for sharing this page and looking at if you will be the one to have YOUR SCHOOL go GMO Free! We can do it!