It is no small matter to accuse a scientific lab of falsifying results, especially when it comes to the contents of the most important food to infant human beings. Life is precious. The source of life, mother's breast milk, is not only a crucial nutrient, but it is a sacred and bonding act between mother and child, one which should feel wholesome, safe and loving. NO mother should ever be concerned about the contents of the food or breast milk she is giving her child, that it could hurt them somehow. It makes a mother feel anxious, unsafe and bewildered as to what to do. 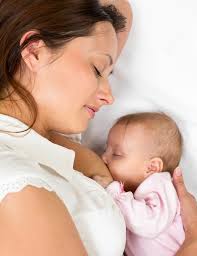 Moms Across America tested glyphosate (Roundup) weedkiller in breast milk to explore the widespread contamination of this insidiously harmful chemical and spark further testing, with the intention of eliminating this chemical from our food chain and from breast milk and formula forever.

You can do that yourself by eating organic and avoiding toxic chemicals. 90% of pesticides have been shown to leave the body in 1 week, 100% in 2 weeks.

We hope, as unbelievable as the results are from our testing with the support of Sustainable Pulse in 2014, which showed levels  of 76-166 ppm in 3 out of 10 mothers, levels up to 1600 X higher than is allowed in EU's drinking water, that you will take steps to eat organic and take action to support a ban or revoking of glyphosate from your HOA, community, farms and nation.  9 out of 10 of the mothers who sent n their samples stated that they were aware of GMOs and glyphosate and DID try to avoid them, so to find any levels of glyphosate at all, especially with the best detect-ability level at the time, 75ppb, was shocking. Soy baby formula has been found by Anthony Samsel to have levels of 170 ppb.

The recent WSU/Monsanto funded testing by Michelle McGuire in a Monsanto lab, with 41 samples, found American breast milk to be "glyphosate free". Considering the German breast milk positive findings and recent findings of glyphosate in 70-100% of soil, rain, stream water, urine and air, and additional findings in cereal, honey, soy sauce baby food and formula this is highly implausible. It is also a serious issue to call a scientific lab's work "wrong".

Below is Dr. Hemming's statement about the accusation of his lab's work:

At Microbe Inotech Laboratories, Inc. we operate as an independent commercial testing laboratory conducting contracted research and testing, as well as, for the public at large.  Our laboratories have also been engaged in our own research, some of which has been funded through Small-Business Innovation Research Grants (SBIR) competitively awarded to us by the USDA.  We are entering our 25th year of business as a privately owned and operated laboratory serving the public.  We were engaged to provide analysis of glyphosate in waters, urine and human breast milk by individuals from across the country associated with Moms Across America.  Samples were received from these mothers, who had also agreed that the results, when completed, would be shared with them and also the Mothers Across America organization.     The technique employed known as a “competitive enzyme-linked immunosorbant assay “ (ELISA) method is validated, despite uninformed comments made recently by an associate professor from Washington State University.  It was first developed for waters as are the majority of biochemical assays, but has been extended through the last few years, by not only our laboratory, but also by the commercial manufacturer of the reagents we utilize.  Abraxis LLC of Warminster, PA, our antibody and reagent supplier, provides for the determination of glyphosate in milk by sample extraction which is intended and is validated for the detection of glyphosate in the matrices of whole, reduced fat, and soy milk samples as well as urine and water.  When conducting a survey as we did, this method, is selected to enable individuals to afford the expense of the testing (typically two-thirds lower than the market price for a sample tested by the LC Tandem Mass Spectrometry as paid by Monsanto and other large agribusinesses.  We are in fact working towards installation of such a system which costs in the neighborhood of a half million dollars.  We are not calling into question the safety and healthfulness of breast milk, but of glyphosate’s distribution in the food chain at large.

The work completed at Washington State University and its associates confirms “even when the mother had detectable amounts of glyphosate in her urine” the presence in human urine.  A fact not often noted and largely unknown to the public.  We understand the scientifically untenable position that the WSU associate professor has chosen--it is very difficult to prove a negative.  Their research funds would have been better spent trying to demonstrate the interfering unknown substances they postulate as being present in milk, not to speak of the complexities of an agricultural soil or plants, however, that to may be a search to disprove a negative.   It is unfortunate, that during the survey, individuals testing positive for the presence in breast milk, did not also supply a urine sample taken at the sample time.  Because of the highly water-soluble nature of glyphosate, one would have expected even higher levels in the urine than in breast milk, but then again,  this was a survey and not a study.

On the upside, Monsanto in association with WSU and Covance Laboratories funded such a study.  One would have thought they would have already possessed data which they could have brought forward.

We sincerely hope the EPA reconsiders the repercussions of considering this information in their assessment of glyphosate. They must consider the funder has much to lose and this data is highly suspect.

Mothers want their regulatory agencies to take precaution first, especially in light of the exposure to fetuses, babies and children, whom the AAP states are more susceptible to harm from pesticides and should therefore avoid them.

Our future as a country depends on the EPA's ethics and conviction to stand up for the people and planet.

The future of your family depends on you being informed and taking precaution.