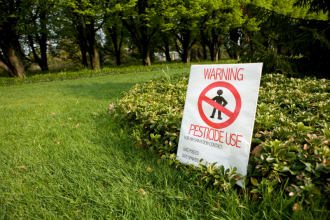 Get Glyphosate Out of Your Community!

Listed below are some talking points that you can use at your next Town Hall Meeting.  Many communities are doing this with increasing success.  Just add in your town name in the talk below!  You can print off some of the studies on our data page to give to the council members.

My three children, with autoimmune, allergy and chemical sensitivities and I shop, go to parks, play and walk in _______. Children are especially vulnerable to chemicals because their livers and kidneys are not fully formed to be able to detox chemicals.

I am writing to request to have ______ Integrative Pest Management (IPM) be similar to Irvine California’s IPM which places organic methods as a priority and discontinues the use of glyphosate herbicides and toxic chemicals in Laguna Hills.

There are safe alternatives such a steam weed control, organic herbicides such as Burn Down and Avenger, and in parks, mulch or cover crops. We are providing them today.

Here is a link https://www.momsacrossamerica.com/data to just some of the just some of the hundreds of studies showing the harm from glyphosate and information on the alternatives for the council to review. We understand that the city may be wary of alternatives, as they may initially appear to cost more ( but in the long term cost less), but we ask this:

What is the cost of cancer in _______?  What is the cost to a family who loses a child to cancer? To a husband who loses his wife and mother to his three children? Or to a wife who loses her husband do to testicular health problems (also connected to glyphosate).

What is the cost to the school for missed school days?

What is the cost to pet owners to have a dog with tumors get surgery?

Or to a couple to hire care for their parent with Parkinson's (which has been connected to glyphosate exposure)?

I suggest that _____ cannot afford to continue using herbicides with such an extensive record of inflicting harm on human and animal life. We ask you, will you make a commitment to discontinue the use of glyphosate and use safe alternatives instead?