Then I remembered, and she confirmed, that the goal was to get these seeds into the hands of every farmer in America. That means to sell for a profit. With a technology premium of course. She claimed that the genetic engineering that she just said was genetic engineering was not considered by the FDA to be a genetically modified organism (GMO).  (This is incorrect see below*) This is because other species (like fish DNA) were not being introduced into the test subject plants (like GMO tomatoes). In these plants, their own genes were being manipulated. She implied that this type of genetic engineering is being considered (wrongly) as a hybrid by our FDA. She confirmed that the seeds would need to be repurchased by farmers (instead of saving them for free) every year except for rice ( updated April 1, 2021).

Chory was very clear that the goal was to get the seeds planted on 500 million hectares, which is 1.2 billion acres. To put this in context we currently only have 896 million acres of farmland in America. My blood began to boil as I realized their goal was to take over all agriculture and push GMO seeds even on organic and biodynamic farmland. I am not asserting that their intention is to maliciously wipe out organic farmland. She made it very clear that their intention was to draw down 4-8 gigatons of carbon per year and play a major role in reversing climate change and saving the planet. The end result, however, which should not be ignored, would be that all of the acres that are currently being farmed as organic or biodynamic would need to be converted to GMO farming in order for them to meet their goals. And you can be sure anyone interested in funding their work, whether it be a San Diego philanthropist or the government, would be invested in Salk meeting their goals. 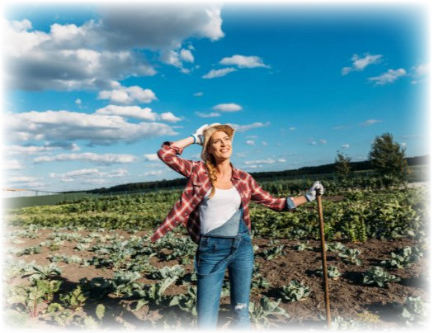 Chory mentioned that they had an advantage, however, with the technology, because the ag industry has farm subsidies (ie: tax pay dollars) and farmers would be supported to plant these crops. (My question is will they NOT be supported if they don’t?) In addition, Chory pointed out that the Carbon Bank was projected to be in place by 2030 and corporations would be able to pay farmers for sequestering the carbon they produce. So instead of being innovative and creating methods to reduce carbon emissions, or use technology that runs on renewable, clean energy, corporations can go on their merry way utilizing fossil fuels and just pay someone else to clean up their mess. Hmmm...

The Salk Institute scientist showed how they currently have 4 test sites in America and plan to have 20 by the end of the year, to test the suberin enhanced, carbon-absorbing plants in different types of soils. They also needed to confirm that the plants did in fact sequester more carbon. For some reason, she mentioned that the soil in Yuma, where one of the GMO test plots lies, “is almost completely devoid of nutrients in the soil.” Interesting. So GMO farming made the soil completely devoid of nutrients (and its ability to sequester carbon) and now they want to use GMOs to fix this problem? She additionally admitted that Agriculture (and the predominant form of agriculture in the USA is GMO) is a major contributor to greenhouse gases. Exactly.

She said “We are on an aggressive timeline to meet the climate crisis change,” leaving out the fact that GMO scientists and farmers helped create the climate crisis by monocropping, factory farming, and the wholesale destruction of our topsoil.

Then the question and answer period started and a person asked, “Are there any native plants that already do this?”

Chory answered, “I don’t know.” She had not researched native plants! I was shocked. Product development 101; before you invest any time or energy into making anything - is to do your research and see if that product already exists! Geez, Louise.

Someone asked her if she gardened, as it was a gardening club after all, and she responded, “You know my daughter likes to say that I know a plant better on the inside than the out. So if you put a canola plant in front of me I probably wouldn’t know.” Excuse me? A person who wants every farmer in America to buy her company’s products cannot identify a canola plant? My mother taught me to see the good in everyone but my brain was telling me that this was just not good on any level. 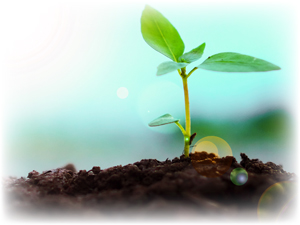 To confirm or dispel my suspicions I turned to an expert, one of our Moms Across America advisors, Dr. Don Huber. A 60+ year plant pathologist and Professor Emeritus at Purdue University, a verified expert on plants and soil. He pointed out the following issues with the Salk project, in summary, below.

Here’s the problem (for them). The Salk Institute, Bayer, Dow/Dupont, or other major conglomerates cannot patent photosynthesis (yet, anyway) and make money off of it. Mother Nature created that a long time ago. The idea to genetically engineer the gene that produces suberin, while an interesting concept that may be successful in its own singular intended outcome in a lab setting, is overall an inefficient plan for reversing climate change. There are plants existing now, and methods that exist now, for sequestering carbon and we don’t have to wait another 15-20 years for the trial testing and implementation for planting 1.2 billion acres with these GMO plants for 4-8 gigatons of carbon sequestration per year.

One more issue that must be acknowledged is the funding. This project will take dozens of brilliant scientists 10 years of development at Salk and then hundreds more people for marketing and sales. Hundreds of thousands or millions of farmers and their resources will be needed to implement the project and absorb the carbon for another 10 years. Those resources need to be spent on other issues that are far more efficient and necessary.

Instead of spending countless hundreds of millions, much of it likely taxpayer dollars, on genetically engineered plants, why not direct that funding to farmers to transition to regenerative organic, and start sequestering carbon right now? Or how about providing homes for our homeless, evicted by Covid repercussions or severe weather, innovation education for our children, school lunches that won’t make them sick, or giving care to veterans and elderly that leaves them with at least an iota of dignity? Why not put the money somewhere that will take care of thousands or millions of underserved people right now instead of to a few dozen scientists in a lab in Southern California? It simply is an injustice to spend money on a “pipedream” as Dr. Huber classified it, rather than the harsh reality millions are facing right now and the available solutions, like regenerative organic agriculture.

According to Regeneration International: 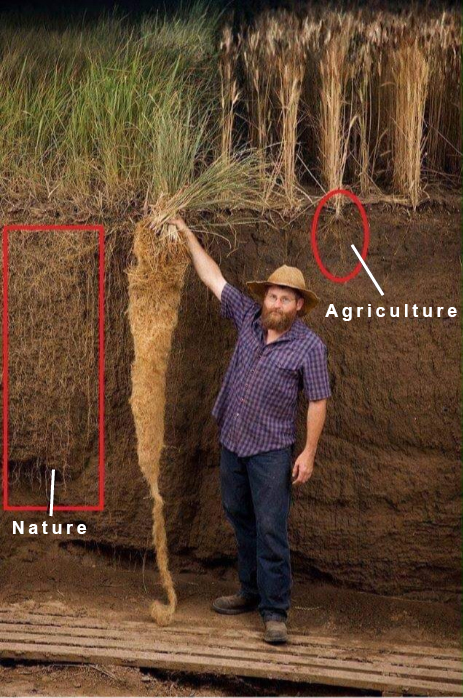 Ten percent of agricultural lands under BEAM (Biologically Enhanced Agricultural Management- a process developed by Dr. David Johnson of New Mexico State University, that uses compost with a high diversity of soil microorganisms) would sequester 18.4 gross tonnages (GT) of CO2/yr. Ten percent of grasslands under regenerative grazing would sequester 9.8 Gt of CO2/yr. This would result in 28.2 Gt of CO2/yr being sequestered into the soil which is just under double the amount of sequestration needed to draw out more CO2 than is currently being emitted.

This plan is not a pipedream, it is doable. Farmers are transitioning to regenerative organic agriculture right now. Consumers are seeing the benefits, and they want food that is not only good for their families but good for the soil and planet as well. We already have the solution, and it is biodiverse, beautiful, healthy, and rewarding. It is regenerative organic agriculture.

Moms Across America requests that the Salk Institute reinvest their funding for this suberin genetic engineering into supporting farmers transition to organic. We request that philanthropists and the government also invest in nonprofits and groups who are supporting the transition to organic such as Rodale Institute, Savory Institute, Regeneration International, Farmer’s Footprint, and Kiss the Ground; and consumers organizations who are educating the public about the benefits of these foods (because after all, someone needs to buy the food) such as the Organic Consumers Association, Friends of the Earth, Green America, and Moms Across America. Thank you.

This article is an excerpt of a book in progress. To submit innovative plans and inventions for consideration that solve current climate, pollution, and corruption problems, email [email protected]

*FDA definition of genetically engineered - Voluntary Labeling Indicating Whether Foods Have or Have Not Been Derived From Genetically Engineered Plants.  Particularly, see the second para where FDA says "we use the terms “genetic engineering” and “bioengineering” to describe the use of modern biotechnology. Modern biotechnology means the application of in vitro nucleic acid techniques, including recombinant deoxyribonucleic acid (DNA) and direct injection of nucleic acid into cells or organelles, or fusion of cells beyond the taxonomic family, that overcome natural physiological reproductive or recombinant barriers and that are not techniques used in traditional breeding and selection of plants (Ref. 1). The term “modern biotechnology” may alternatively be described as “recombinant DNA (rDNA) technology” (Ref. 2), “genetic engineering” (Ref. 3), or “bioengineering.” These terms are often used interchangeably by industry, federal agencies, international bodies, and other interested stakeholders and are used in this guidance to refer to foods derived from new plant varieties developed using modern biotechnology. The term “genetic modification” is also sometimes used to refer to the use of modern biotechnology (e.g., Ref. 4), although FDA’s longstanding position, as discussed later in this guidance, is that such use of the term is less accurate because the term encompasses the broad spectrum of genetic alterations that can be made in plants (see, e.g., Ref. 5)"

Also note that FDA has been on record against using the term "genetic modification" since they consider that more broadly.  In a sense, any form of breeding does modify the genetics of an organism; that's why the use of this term is very confusing, especially to academic scientists in the U.S.  In the EU, genetic modification has a very strict legal meaning that was first laid out decades ago when they put their first regs in place on release of genetically modified microorganism.