Will The EPA Take Action to Prevent the Human Race from Becoming an Endangered Species? - Moms Across America

Will The EPA Take Action to Prevent the Human Race from Becoming an Endangered Species?

Moms Across America’s Fourth Meeting with EPA Pesticide Review Board

On March 3, 2022, Moms Across America and a team of highly reputable scientists and experts met with the Pesticide Review Board of the US Environmental Protection Agency regarding the EPA's review of glyphosate. The presenters intended to provide new evidence to support the revocation of glyphosate's license. The Moms Across America presenters were:

Spanning three administrations, Moms Across America has met with the EPA four times. The meeting request was granted after Moms Across America mothers and supporters emailed the EPA regarding new studies implicating glyphosate as a causal factor in cancer and endocrine disruption. Much controversy has surrounded the Roundup product and its maker Monsanto, which Bayer has since purchased. The controversy started with nationwide and global consumer protests and resulted in multiple lawsuits representing over 100,000 plaintiffs. The lawsuits saw payouts by Bayer of over 12 billion dollars for malice and the oppression of information regarding glyphosate and its link to cancer, particularly non-Hodgkin's lymphoma.

Over 40 countries have banned or severely restricted the use of glyphosate. Click HERE to tell the US EPA to ban glyphosate now!

In the meeting facilitated by Honeycutt, the primary question was asked: As the EPA completes their review of glyphosate under the Endangered Species Act, will they need to add trees, insects, wildlife, and even humans to the endangered list? Are we a soon-to-be endangered species because of the widespread contamination and harm to human health from glyphosate herbicides?

The science from Dr. Shanna Swan and others, one could argue, confirmed that unless immediate action is taken, the irrefutable harmful effects will be a major contributing factor to the decline of the human race’s ability to reproduce for this future generations. 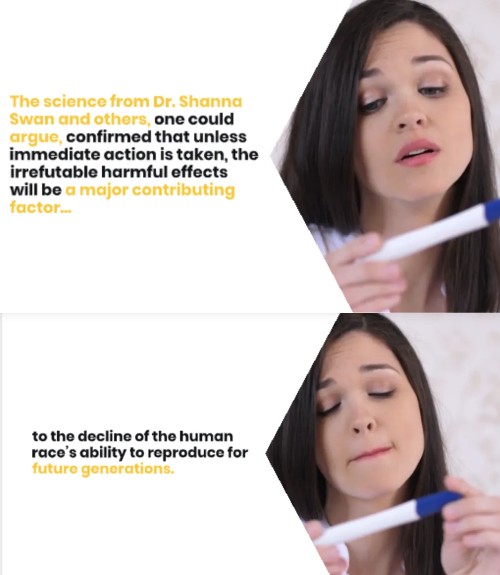 Here is a summary of the science presented:

Click HERE to view the slide deck and watch the 38-minute review of the meeting by Zen Honeycutt, Kelly Ryerson, and Mary Lou McDonald

You can also listen to the audio recording of the whole session and 60-minute presentation in the video below (the EPA wouldn't allow a video recording!):