By now, you have likely seen clips from the Defeat the Mandates rally on January 23, 2022, in Washington DC. Mainstream media outlets covered it in their typically misleading and disjointed fashion.

Here is a well done 15-minute video of the highlights of the rally by Gayla Prewitt of SeedPolice.com

Here are a few highlights and important distinctions from my perspective: 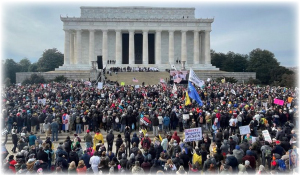 What filled my heart and soul at this event was courage and gratitude. I cannot thank the organizers, speakers, and attendees enough.

To see the acts of courage from these speakers, willing to risk their reputations, their careers, possibly even their lives, for the health and freedom for us all, was awe-inspiring.

At one point, as we marched towards the Lincoln Memorial, I saw a statue that said, “Americans came, not to conquer but to restore freedom and end tyranny.” While many, specifically Native people, would disagree, I got it from the settler’s perspective, who came for religious and personal freedom. I experienced an overwhelming sensation of my heart filling with love and gratitude. Anne and I jumped up on the base of the statue, and I began shouting, “THANK YOU! Thank you for coming! Where are you from?” to everyone who came to protect democracy, health, and freedom. I asked where they came from and they shouted out: New York! Illinois! Washington! Pennsylvania! California! It was amazing. I could have stayed there all day, seeing their happy faces and being present to the support from all across the country.

In the past, Moms Across America has chosen, especially during COVID, to mostly continue to focus on food and toxins. We believe daily exposure to toxic food and environmental exposures to toxins are the primary reason why so many are sick, spurring shutdowns and perpetuating the drive to seek an outside “fix” like medication and vaccines. We have not been at the forefront of talking about vaccines and health freedom. We have been supportive but not leading in this area. We did this because we wanted to focus on what we do best, so many others were doing a fantastic job. Yes, the threat of having ten years of our work taken down on social media and our admins banned would have meant a loss to our inspiring community.

However, we have recently decided to find new ways to communicate and expand our community on different platforms. We will speak out and take action on this important issue, and we are focusing on posting on Rumble as our outlet for this topic. Our videos from the rally, including a moving interview of firefighters from Florida and Los Angeles, are up now. Just search “Moms Across America” on Rumble. We will utilize Facebook, Twitter, and Instagram to continue to share about the still and ever-present food and toxin issues AND use them to alert people to our new platforms. We hope you will join us there and share widely.

We are at a turning point in human history. We will either choose to be comfortable and quiet and have our freedoms, self-respect, and health drain away or choose love and courage and stand up, speak up and show up for each other.

I am beyond thrilled to see that this weekend over 68,000 truckers and vehicles have shown up on a Trucker Freedom Convoy over 70 km long, ten times longer than any previously recorded convoy. Along the way, millions of Canadians are showing up in the bitter cold with sweet signs of gratitude, love, and respect. More and more people are standing up to the insanity of mandates, restrictions, and outright hostility toward those who seek freedom. It only takes one more person to cause a tipping point. 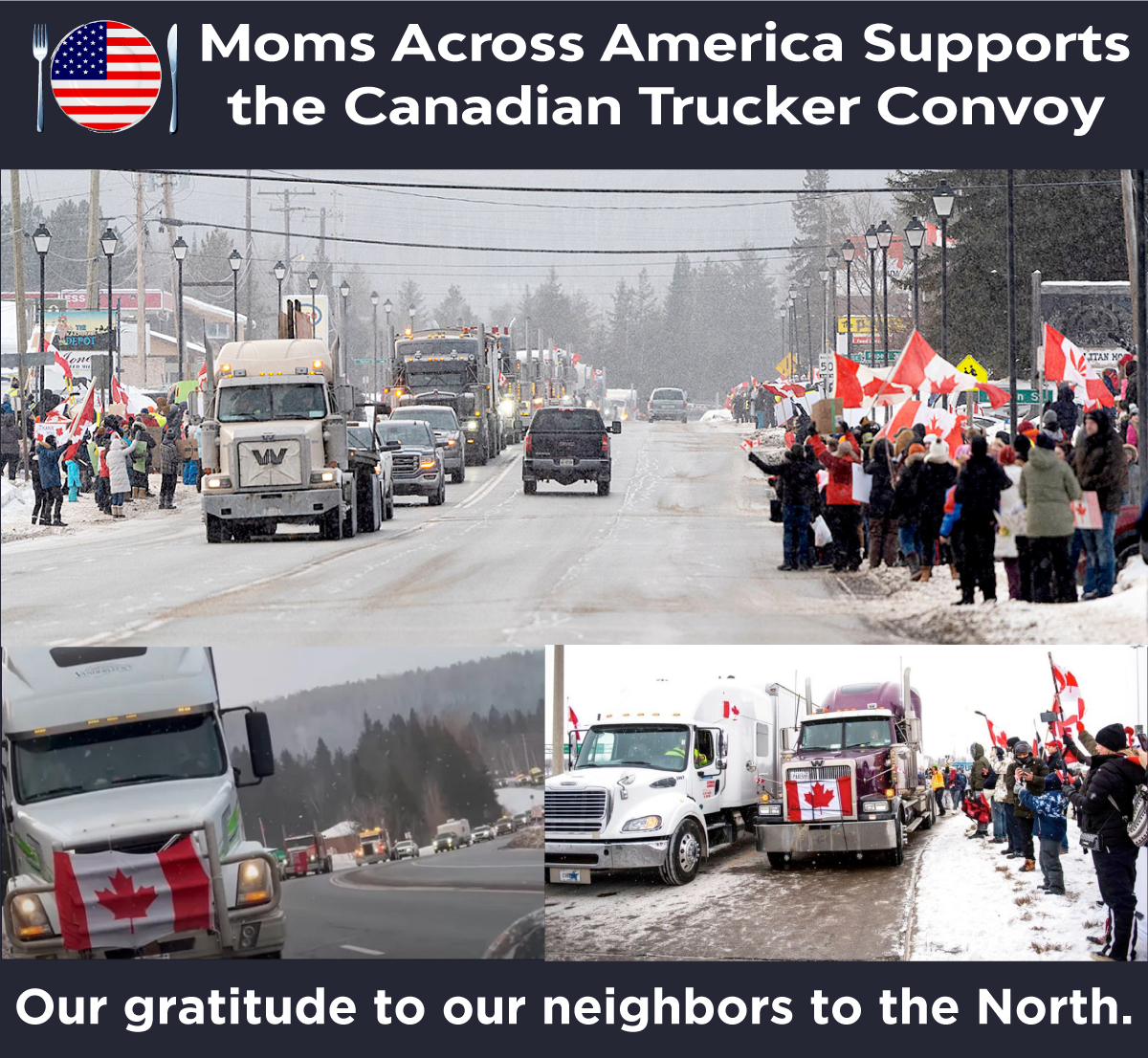 May you be the one to bring a new expression of love, compassion, encouragement, and courage to the people around you.

Maybe you, we, BE THE ONES to create a new future.