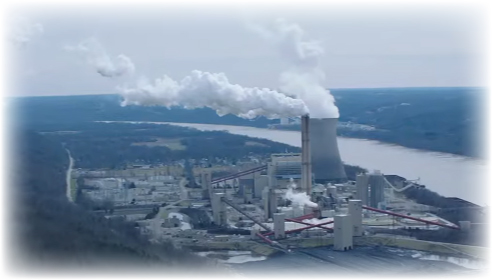 I attended the DuPont shareholders’ meeting in 2015, to ask the company to abandon toxic chemicals such as glyphosate, the most widely used herbicide in the world. I was silenced within 2 minutes. When I spoke at the Monsanto shareholder meeting, despite Monsanto being named the “Most Hated Company in the World,” at least I was able to speak at length at their shareholders’ meeting and ask several questions. At DuPont, the meeting was meticulously orchestrated to silence its critics. As I was leaving, I was stopped in the parking lot by a woman, a former employee, with tears in her eyes who said to me,“You made my entire trip worth it. Only you. You don’t know how important it is that they hear what you had to say. Delaware is the cancer capital of America. Everyone at the DuPont plants has mesothelioma.” She begged me to promise that I would continue speaking up. I, along with countless others, have been doing what we can every day since then. But it is not enough. 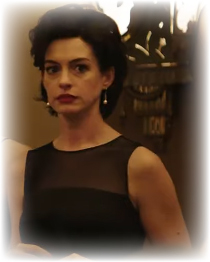 Finally, with Dark Waters a chemical company exposé is being featured as a major film with world renowned actors bringing awareness to decades of corruption and tragedy. Mark Ruffalo and Anne Hathaway bring humanity, humility, and honesty to issues that deeply affect us all....a yearning for trust, an expectation of safe water and household products, a desire to live without anxiety and fear of being targeted for telling the truth and speaking up for justice.

Dark Waters, based on a true story, was set in Cincinnati, Ohio. Directed by Todd Haynes and written by Matthew Michael Carnahan and Mario Correa, it is based on the 2016 article in The New York Times by Nathanial Rich. The gritty, grey, primarily winter scenes of an all-American city that every viewer could relate to have us feel the bleakness of the efforts of both the farmer and lawyer throughout the film. Wilbur Tennant is the farmer who exposed the poisoning of his cows by the suspected DuPont dump site up-stream. Rob Bilott is the lawyer at Taft, Stettinius & Holister LLP who had represented chemical corporations and had a cozy relationship with the chief executives at DuPont. When the farmer demands that Rob represent him, both parties have their worlds turned upside down, becoming the pariahs in a town primarily employed by DuPont, and in a work environment that has had their wheels greased by DuPont for decades. 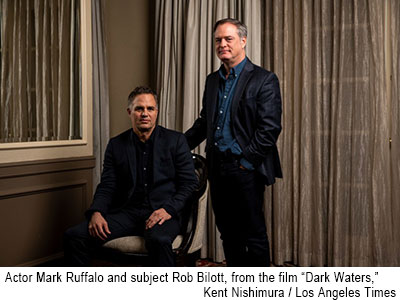 The message from the people in their environment was...don’t rock the boat. Be quiet. But Bilott, who according to his wife, “couldn’t string three words together” to make conversation, spoke more loudly than the EPA with his actions when he took the case and set about exposing the impact of Teflon no-stick pans, that use carbon chain chemicals PFOA and PFOS also known as C-8. These chemicals are called “forever chemicals” and their impact affects every person in America today; which is why every person in America and beyond would benefit from seeing this movie. 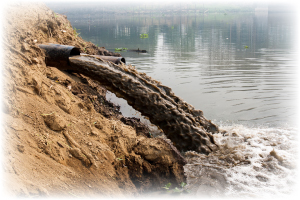 Most Americans do not want to know the truth about our household products, the chemicals in our water, food, and environment. We want to live our comfortable lives and enjoy good health for as long as we can, in peace with our families. But tragic health issues and early death are affecting every family in America today. And everyone wants to know how to prevent them from happening, so this movie strikes a chord with us all. 1 out of 2 males and 1 out of 3 females are expected to get cancer in America today...an epidemic. And yet our EPA allows thousands of chemicals, unregulated, to be in our water, food and household products because as the lawyer says, “Our government has been captured by the chemical companies.”

Dark Waters exposes not only DuPont and chemical companies, but the fraud that permeates our EPA and regulatory system. It exposes the wide-spread poisoning of America....and when someone is poisoning an entire population, it would not be called Hollywood fiction to label that chemical warfare...it would be called a fact.