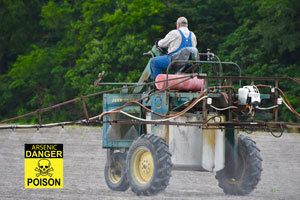 Now, a new study done by Lajmanovich, et. al. (2019) shows that when tadpoles were exposed to a 50/50 mixture of glyphosate and arsenic this combination altered the tadpoles antioxidant system, disrupted the thyroid hormones, and caused DNA damage.

Perhaps the most striking finding from the study is the link between the combined toxicity of glyphosate and arsenic and a large increase in T4 or the thyroid indicator. The increase was significantly higher compared to either glyphosate or arsenic alone, after 22 days. According to the American Thyroid Association more than 12% of the 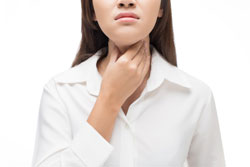 U.S. population, or over 20 million Americans, will develop a thyroid condition - with up to 60% of those being unaware of their condition. Women are 5 - 8x more likely than men to have thyroid problems.

Not only does this study suggest potentially even more harmful effects for humans consuming foods containing glyphosate-based herbicides (which contain arsenic) in combination arsenic naturally occurring in water and soil, but it highlights the harm to wildlife.