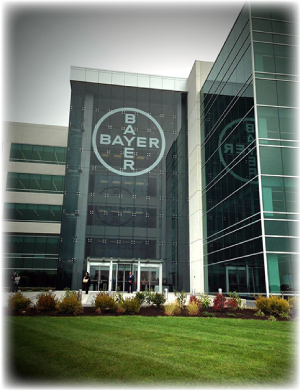 From GMWatch.org, The study in rats by an international team of scientists based in London, France, Italy, and the Netherlands, led by Dr Michael Antoniou of King's College London and posted on the pre-peer-review site BioRxiv, has found that Roundup herbicide and its active ingredient glyphosate cause a dramatic increase in the levels of two substances, shikimic acid and 3-dehydroshikimic acid, in the gut, which are a direct indication that the EPSPS enzyme of the shikimic acid pathway has been severely inhibited.

As many species of gut bacteria do have the shikimate pathway, scientists have hypothesized that glyphosate herbicides could inhibit the EPSPS enzyme of the shikimate pathway in these organisms, leading to imbalance in the microbiome, with potentially negative health consequences. Some have proposed that if glyphosate herbicides do disrupt the gut microbiome, EPSPS inhibition will be the primary mechanism through which this occurs.

However, proof that glyphosate herbicides can inhibit the EPSPS enzyme and the shikimate pathway in gut bacteria has been lacking. But a new study has proven beyond doubt that this does indeed happen.

Why is the disruption of the microbiome so important?

An article from Gastro Health explains the chronic illness issues: 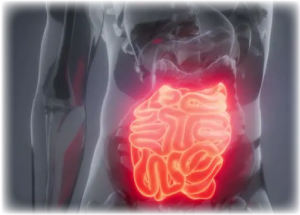 However, when the microbiome is altered, a dysbiosis develops. When this occurs, a derangement in the number and kind of microbiota leads to various diseases. Small bowel bacterial overgrowth, Clostridium difficile colitis, inflammatory bowel disease and irritable bowel syndrome are prime examples that have been shown to be affected and perhaps caused by this dysbiosis. Even chronic constipation has been attributed to an altered microbiome

Moreover, malignancies both within the gut and in other parts of our bodies have been linked to alterations in our microbiome. One example of this is the development of gastric cancer from chronic Helicobacter pylori infection. Importantly, many other serious illnesses are also associated with this modification in our gut flora. These include arthritis, asthma, autism, diabetes mellitus, fibromyalgia, coronary heart disease, metabolic syndrome, mood disorders, fatty liver disease and even such neurologic diseases such as multiple sclerosis and Parkinson’s disease. Obesity itself has also been said to be a product of this dysbiosis. It has been demonstrated that antibiotic use in infants prior to age two contributes to obesity in later life. Experiments in mice have confirmed this observation.

In April of 2016, an Australian team of researchers discussed the role of gut microbiomes in shaping neurological function and the mechanisms by which it can contribute to mental illness. They published their results in Molecular Psychiatry.

The gut microbiome is shaped by genetic factors, as well as environmental ones such as diet or antibiotic exposure.

Yet, there is also evidence that imbalances in the gut microbiome can affect an individual’s mental health. For example, anxiety disorders, depression, and dementia may be linked to microbial imbalances.

From a study on Gut Microbiome and Mental Health:

In all, we underscore the importance of microbiome science, and gut microbiota in particular, as emerging critical players in mental illness and maintenance of mental health.

There have been 45 school shootings in 46 weeks in America this year. And yet mothers have reported to us that when their children eat organic, their violent tendencies dissipate. One example here.

Moms Across America sent a letter to the EPA today appealing for the removal of glyphosate herbicides from the market. Hundreds of towns and several dozen countries have banned the use, import, or sale of glyphosate.

To the EPA Pesticide Review Board,

The significance of this new study is enormous. It is reason enough to revoke the license of glyphosate today.

"In addition, the researchers found that both Roundup and glyphosate affected the microbiome at all dose levels tested, causing shifts in bacterial populations."
https://www.gmwatch.org/en/news/latest-news/19261

This study shows that glyphosate does, in fact, impact the gut microbiome and liver disease.
Previous studies show that glyphosate promotes the antibiotic resistance of bacteria such as E.coli and salmonella:
https://articles.mercola.com/sites/articles/archive/2017/12/05/glyphosate-linked-to-antibiotic-resistance.aspx

It is a well accepted fact that the gut microbiome is the stronghold of the immune system, with the beneficial bacteria playing a crucial role in preventing chronic illnesses, producing and storing hormones such as Serotonin, Melatonin and others (which regulates insulin, has a person feel satiated, content and 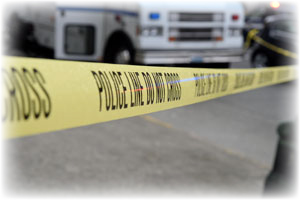 supports sleep cycles) and without them, a person can develops diabetes, anxiety, depression, other mental health issues and may even lead to acts of violence or suicide.

These issues have all skyrocketing in America, since glyphosate herbicides were allowed on our food. 1 out of 2 children have a chronic illness. 1 out of 5 Americans have mental illness....and this includes our teens, their classmates with access to guns, policemen, politicians, co-pilots ( that crash planes into the ground), teachers, caregivers and the people driving a 2000 pound vehicles on the highway around you every day.

The EPA allows glyphosate herbicides to be sprayed directly on our food crops and on soil and landscaping that allows runoff into our water.

Therefore it is scientifically founded to say that the EPA is allowing glyphosate based herbicides to destroy the immune systems of billions and contributing to mental health issues of millions of people.... if you continue to allow the use of glyphosate herbicides on our food and in our communities.

Please, do the right thing and revoke the license of glyphosate immediately.

Thank you for your consideration.

It must be noted however, using other chemicals, such as dicamba, is not the answer. In addition to destroying millions of acres of crops, leading to loss and violence, Dicamba has also shown to cause antibiotic resistance.

The answer is for farmers to transition to regenerative organic agriculture instead, a method of farming which is no-till (keep carbon in the ground), utilizes cover crops and animal grazing instead of toxic chemicals. This method increases the soil quality, water retention, nutrient density, and sequesters carbon which reduces climate chaos.

If you would like to call the EPA and tell them to revoke the license of glyphosate - please call 703-305-5076 Margaret Hathaway Chemical Review Manager.