A Story of Cancer and Food - Moms Across America

A Story of Cancer and Food

These are challenging times. The unrest we are experiencing and the growing numbers of COVID cases and deaths are deeply concerning. In addition, another health issue many families are also dealing with seems to be being forgotten. Every day in America nearly 2000 people die of cancer. 1 out of 2 men and 1 out of 3 women in America are now expected to get cancer. This has been happening for YEARS.

Look around at your family. The odds are not good. As the world is in a frenzy about COVID, we ask our supporters to consider... Why might Americans be so vulnerable to COVID symptoms and cancer? Why are so many of us getting sick and dying...where in other countries they are not? What could be contributing to our weakened immune systems? Could it be because 75-85% of our food contains GMO genetically engineered to withstand cancer-causing and immune system-weakening chemicals?

When we got our supporter's Jessica Marsala’s story, we knew we needed to publish it.

In 2005 I went to my doctor for my yearly check-up.  After taking a blood test the doctor said they needed to check my thyroid because my levels were abnormal. The ultrasound of my thyroid showed that I had a very small cyst.  It was so small they couldn’t do a biopsy.  I ended up making an appointment with a thyroid specialist to find out if I could get pregnant.  His answer to me was yes. 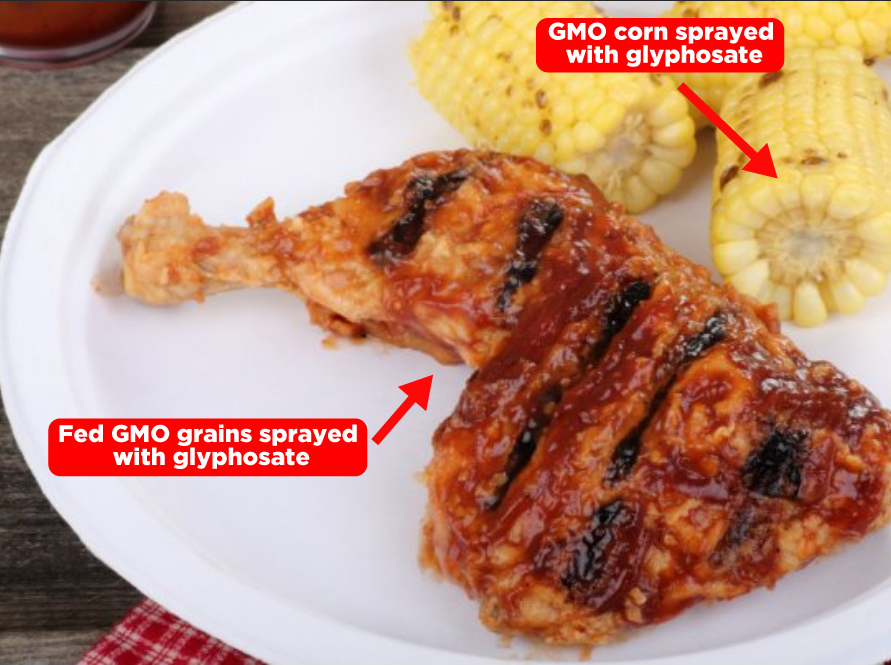 For the next three years every single year, I went for a check-up.  After the third year, he actually said to me I’m not sure why you’re even coming to me anymore because your cyst has not changed.  Thank God I didn’t listen to him.

I distinctly remember that after I saw him I decided to change my diet.  I ate the same evening meal every day for a year: grilled chicken with corn on the cob, zucchini, and squash.  Usually, the food came from Walmart or Publix and was not organic.

That next year, around October/November, I went to the endocrinologist I was due for my next check-up.   He took an ultrasound and a blood test.  He told me that the cyst had changed and they would need to do a biopsy.  Ten days after the biopsy they called to tell me that the results came back and it was cancer.  They scheduled an appointment with the surgeon to remove the cyst.

My surgery was performed in December of 2012.  After the surgery was done they told me they had to remove my whole thyroid and eight lymph nodes as there was cancer throughout my thyroid and the nodes.  The doctors were concerned that cancer had developed in 7 out of the 8 lymph nodes in just one year!!  After I was done with therapy I never thought about how I had gotten cancer.  I thought it was just bad luck.  Coincidentally, I kept coming across a Facebook post: a tomato with teeth. They were calling it Frankenfood. I kept disregarding it but then one day I decided to look into it and find out what it was all about. I learned that there were genetically modified foods in our food supply and I didn’t know anything about it. 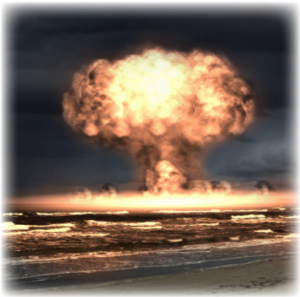 At that moment I envisioned the mushroom cloud of  Hiroshima and Nagasaki in my head because that is how I felt.  I felt like it was the end of the world. I could not believe it was real,  couldn’t believe what they were doing to our food. I was like so many people in this world... naive. I trusted the system. I thought food was food. Now it is clear what happened to me.  I had the cyst for three years and nothing changed, everything was normal.  Then, what a coincidence, I decided to change my diet to include one (genetically modified) piece of corn, zucchini, and squash.  After some more research, I found that lab rats who were fed the GMO corn developed tumors in 4 to 6 months. I ate that corn every day for a year and look what happened!  I strongly believe that my cancer was created by the genetically modified corn, squash, and zucchini that I ate for a whole year.  Since then I decided to change my diet again.  I now eat all organic, not genetically modified foods.

Looking back on my life there are other things that confirm my belief in the dangers of genetically modified foods. I remember my children always getting sick when they were not eating an organic diet. One time they got sick back to back over a period of three months. I remember thinking to myself, “What the heck is going on??”  Another time my daughter got very ill with a stomach virus. She was sick for close to 10 days.  She looked very pale and looked like she was dying. After changing their diets to an all-organic diet I saw the difference.  They barely got sick.  When they did get a  stomach virus they only had it for two days and the symptoms were very very mild.   My husband stopped getting sick.  I stopped getting sick.  I feel like our immune systems are strong.  I truly believe that we are what we eat and I blame my cancer on genetically modified foods.

I’m glad I could share my story with you.

What can we all do, today, to improve our health?

Grow, buy, and eat organic as much as possible. Start with the foods you eat the most of. Most importantly, to avoid GMOs is to switch out corn, soy, sugar, canola and cotton seed oils to organic. Eat less meat and switch your meat choices to organic to avoid the toxins which accumulate in animals such as carcinogenic glyphosate, arsenic, harmful hormones and antibiotics. Eliminate processed foods and buy organic whole foods instead. 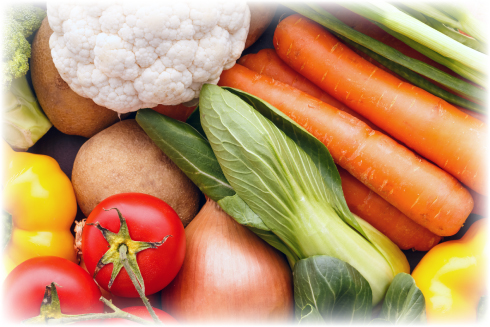 To avoid carcinogenic chemical residues from the most widely used herbicide in the world, glyphosate herbicide, switch out your conventional brands of wheat products such as bread, crackers, pasta, cereals, tortillas and snacks or desserts to organic. Beans and legumes are also important. Glyphosate is often sprayed on GMOs and non organic grains and beans (even if they are not GMO) as drying agent.

Making these changes has been shown in numerous studies to reduce your toxic chemical contamination in days or within a week. Sleep, moods, body weight, and over health improves. Each day you eat organic is another day towards better health and a better 2021.