Howard commented to me on his impression of the impact of corporations that he gained by being a part of the Monsanto Trial. “I went into the trial not knowing a lot about Monsanto and it was the evidence at the trial that convinced me this corporation cannot be trusted,” he said. “This was a wake-up call. Being on the jury changed my life. I was interested in the environment before, but this was like, ‘Oh ok... it’s time to get back to work.’ I was angry. I have had a reminder to myself to divest from fossil fuels for years, and after the Monsanto trial- I finally did it. I divested.”

He stated, “I learned at this trial, you cannot trust these corporations. They are putting the almighty dollar before human lives. When you see the evidence in the documents with your own eyes, and you see the people lying to you, when they are sworn in to tell the truth... then you have to do something. That is why I am speaking up now.”

Howard pointed out that he and the jury were instructed by the judge that they could disregard some or all of a witness's testimony based on their credibility. When they saw Monsanto's witnesses, how highly uncomfortable they were and other body languages, the juror determined, very carefully,  that many were simply not credible. "When they were performing linguistic gymnastics, doing every they could to avoid the issue of their products causing cancer, we did not see them as credible."

When asked his perspective on the judge’s initial tentative ruling to toss $250 million punitive damages and whittle down the liability to $8 million or dismiss the decision altogether, Howard stated, “The tentative ruling was hugely disappointing. I understand if the punitive damages get reduced. That would not surprise me. That always seems to happen, and I found out there is a precedent for it. Monsanto/Bayer really wants to get rid of this ruling. I know they are chomping at the bit to get this thing tossed out so their market cap can go back up, seeing as there was a 15 billion drop after the trial. However, there have to be punitive damages. Johnson’s family deserves to be compensated for the hell they are going through, and Monsanto needs to be held accountable.”

The jurors did more than show up at the hearing last week, they also wrote several letters to Judge Bolanos, who is still deliberating her decision. A key point, eloquently made by the jurors, was that they “followed her 45 pages of instructions to a T.” There were repeatedly complimented for doing so. 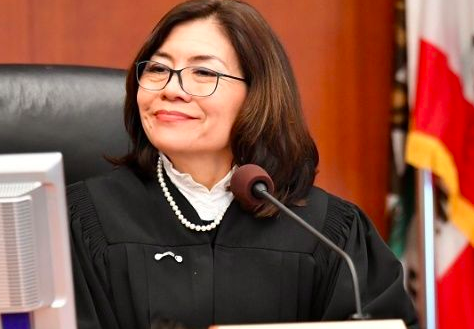 “All parties agree that we were an exceptional jury. We were, in fact, praised by Monsanto, and you, your Honor, for our attention, intelligent questions, etc. Yet our integrity, intelligence, and common sense has been cleverly and openly attacked by inference. The idiopathy issue, the science, the non-economic damages issue, what is and what is not evidence, the higher bar for punitive damages, credibility of witnesses: I got it. I believe my fellow jurors got it. With all due respect, your Honor, I don’t see how this can go both ways. Monsanto can’t ask for a jury, state that we intelligently, and with diligence considered only the testimony and evidence, and methodically weighed that evidence— and then turn around and infer that we must have ignored your instructions and did not comprehend the evidence! It just doesn’t add up. The possibility that, after our studious attention to the presentation of evidence, our adherence to your instructions, and several days of careful deliberations, our unanimous verdict could be summarily overturned demeans our system of justice and shakes my confidence in that system. I urge you to reconsider your tentative ruling and to not completely overturn the punitive damages and I also urge you to leave the liability intact.”

The matter at hand is more than whether Monsanto will be held accountable in this one case, (there are 8,700 more lawsuits pending against them) but whether justice will be served. The real issue is one that strikes to the core of our independence and democracy... whether justice can be influenced by pressure from corporations, or not.

After speaking with this jury member and I am convinced that this jury did their job. If the judge were to overturn their unanimous decision after they were repeatedly praised for their diligence by both sides and the judge, then why do we have a justice system? The evidence was clear and fairly assessed. We implore Judge Bolanos to honor the integrity of the jury’s decision and her own assessment of the jury’s behavior.

KPIX News coverage of the jurors speaking out.

Moms Across America is a 501c3 non-profit whose motto is “Empowered Moms, Healthy Kids.”